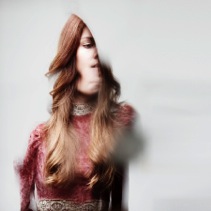 Norwegian singer songwriter Farao first appeared in January with her track ‘Forces’. Her fragile and otherworldly tone instantly connected with the media.

Farao headed to Reykjavik in February to record with Mike Lindsay from experimental folk group Tunng. ‘Skin’ is the first track from this batch of recordings that is set for release as a digital-only single on May 27th. The song sets a tale of extra marital affair, on which Farao played all instrumentation on the track barring percussion.  The release will include a remix from Manchester’s Ghosting Season.

There’s a busy touring schedule ahead, including appearances at this year’s The Great Escape and Secret Garden Party festivals, as well as tour dates across UK. Her first UK headline show will take place on May 29th at Sebright Arms, in association with Communion.