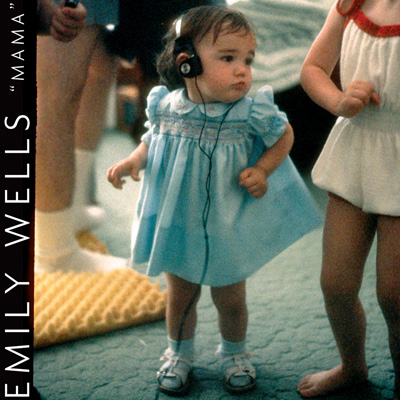 It’s been a couple of weeks when there has been just so much great new music around, this year is seeming like a bumper crop already. So why is it, when I’ve got so much stacked up and waiting, that I keep coming back to Emily Wells‘ upcoming album Mama?

We’ve got a theory, round at my house, that really good music is often like a puzzle; that the very best ear-worms are things that you compulsively keep coming back to in an effort to put everything in its place, or at least to have some glimpse of how the damn thing fits together.

In Emily’s context, this makes perfect sense. I’m loving the music and at the same time gloriously infuriated while I try to get to grips with it. It really is akin to looking at a chimera though a kaleidoscope. Just when you think that you’ve got the measure of some dream bound freak-folk, it skips onto the next track and we’ve fallen through a mirror into gospel infused and very deep blues.

Maybe it’s a ‘tell’ that Emily is from Texas, the musical home of the weird. Mama is her UK debut even though her discography goes back to 2006.  Her vocal, yes, we need to talk about that. I don’t want to say vulnerable – she sounds young. And fragile. Somehow unaffected, despite the complexity of concepts like ‘Johnny Cash‘s Mama’s House’ with it’s shimmering rattles and schoolhouse chant. There’s banjo picking hiding under the surface there, snake in the (blue) grass.  Emily herself talks about the hip-hop influence and oddly, that makes sense. The album arrived during a supposed year off, when despite her efforts to do other things, she just couldn’t help herself.

All I know is that I’m enjoying it so much that I really, really hope it keeps me stringing along, scratching that itch, and in puzzlement for another year at least. With most records you’d be afraid of wearing out the hooks, but somehow I just don’t think that’s going to happen, it’s simply too brilliant.

We in the UK will be additionally favoured with a double release, so to speak. We’ll get both the original and then also a separate disc consisting of the whole album recorded acoustically, which I’ve got to say even I have not yet heard.

Emily is about to embark on a European tour. Sadly for us in the frozen north, the only UK date will be London’s Water Rats on June 4th.