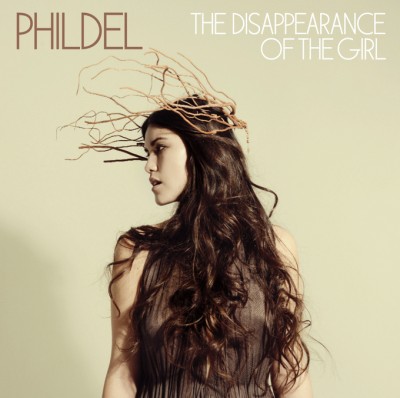 Music isn’t made in a vacuum. It’s made in response to something, whether in response to or reaction against. Whilst singer-songwriters of both sexes and of whatever instrumentation can frequently be a turn-off, there’s really something beautiful and moving here.

According to the press release, Phildel’s step-father was a religious man who forbade music, so she came to know silence well, and discovered music at school during lunchtime (for such kids, it’s either there or the library), eventually breaking away from the household. It’s there when you gloance at the album in the song titles alone: ‘Switchblade’, ‘Holes In Your Coffin’, ‘Funeral Bell’…no prisoners here.

And the end result is something really special. Normally phrases like ‘delicate’ and ‘unique’ ring alarm bells for me, but here they really are accurate. And this is an artist who on this evidence deserves to be considered alongside the likes of Feist, Bat For Lashes and even Kate Bush, and a world away from the cloying coffee-table blandness that singer-songwriting so often is.

Disappearance Of The Girl is out now on Decca

1 thought on “Phildel – Disappearance Of The Girl (Decca)”