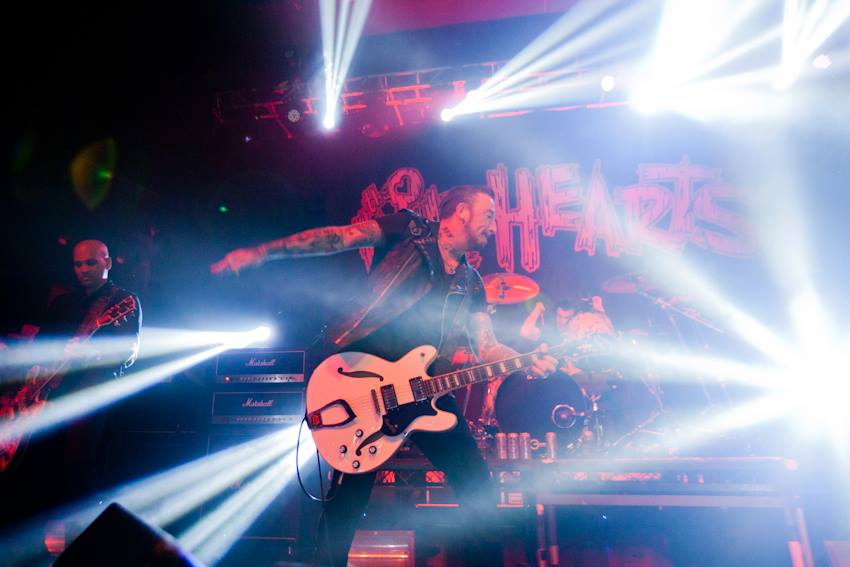 I’d be lying if I didn’t admit to feeling a bit of trepidation before The Wildhearts took to the stage at Newcastle’s O2 Academy. Despite seeing them blow the roof off at Manchester earlier in the year on the first leg of this tour, a 20th anniversary celebration of their debut, ‘Earth Vs The Wildhearts’ there was always the feeling that this would be different. Partly this was down to a fear of making comparisons between a gig I’d traveled to and one on my doorstep but it was also in no small part due to singer Ginger’s own, very vocal, disappointment with the reception he’s gained in his home town while supporting other bands recently.

As it turns out I was right, and Earth Vs. Newcastle certainly was something different. Thankfully it was for all the right reasons. 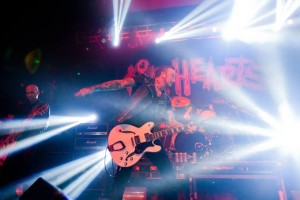 Before we get started on the main event, special mention must go to the supports, Baby Godzilla and Eureka Machines. Baby Godzilla are possibly the most dangerous, volatile and mesmerising sights in British rock music today, playing as they do in the middle of the crowd (not to mention onthe barriers, lying on the floor and on top of anything with a flat surface). Eureka Machines on the other hand follow in the finest of Brit-rock traditions by fusing big, broad, bouncy choruses with plenty of riffs and enough hooks to hang everybody in the Academy’s coats on.

After Eureka Machines have finished making friends with almost everyone in the room, it’s time for the main event, The Wildhearts, and a few thousand fans, paying tribute to their first album. 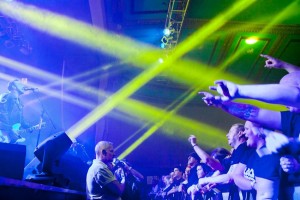 Pressing play on Earth Vs. reveals an album that still sounds fresh and unique even after all this time and the truth is that The Wildhearts themselves are arguably tighter on-stage than they have been at any other point in their turbulent career. Each riff exploding from the amps with ease and there’s a certain joy that comes when you realise they’re celebrating an album that’s twenty years old and has never sounded better. Greetings From Shitsville is still heavy as fuck (especially by today’s diluted, Kerrang standards), TV Tan is still genuinely funny, Suckerpunch is still brutal, and My Baby Is a Headfuck still gets the loudest shout along of the first half of the show.

And those are just the songs that have featured more heavily in the setlists down the years. Elsewhere, Shame On Me‘s opening riff still crunches with the best of them, Loveshit has the room bouncing and The Miles Away girl really does put miles of smiles on every face. Roughly an hour later, and after a quick blast of Love U Till I Don’t, the band depart the stage to prepare for the encore section. 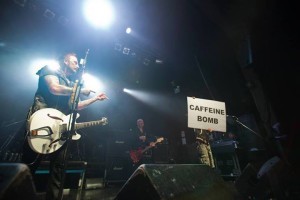 In a simple act of genius, the second set comprises a series of song battles. The rules are simple; placards are brought out with a song on each and whichever gets the loudest crowd roar gets played. To add to the fun, the band themselves are unaware of what the choices will be, leading to some interesting match-ups. The result is a mix of old favourites like Caffeine Bomb, Geordie In Wonderland and 29x The Pain and rarities like Shizophonic, a euphoric Beautiful Thing You, Turning American and (my personal highlight), Urge from the under-appreciated ‘Endless Nameless’ album.

Any reservations that anyone may have had about the atmosphere were surely wiped away halfway into Greetings From Shitsville, as the noise of the crowd frequently threatened to overpower the band. Not that they mind though, as the smiles on their faces show this is a band enjoying every minute of a cathartic show before they simply start playing even harder.

Since it’s drummer Ritch Battersby’s birthday, the final choice is eschewed in favour of making him sing daft old sing-along, The Duck Song whilst being pelted with pies before Ginger bursts into I Wanna Go Where The People go. Then, all too soon, it’s all over. The band take earnest and appreciative bows, the crowd roars and there’s a real sense of energy and fulfilment on both sides as everyone heads home.

The Wildhearts may not be back again for a while now but they can rest assured that when they do return once more there’ll still be plenty of people waiting for them.