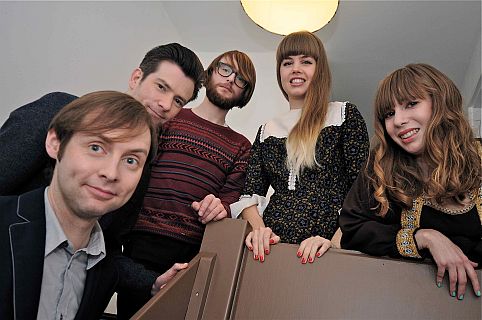 Self Styled mathematical north London pop band Cosines  kindly given us the premiere for their new video ‘The Answer’! Cosines released their limited edition 7” vinyl debut single (300 copies) ‘Hey Sailor Boy!’ in May and ‘The Answer’ was the b-side on that release.

The band played their ﬁrst show in April 2012, and since then have played shows with Comet Gain, Shrag and Still Flyin’ as well the Indietracks Festival. The band are currently working on a debut album and consequently doing less DIY.

You may recognise Cosines from such other bands as Arthur and Martha, Vermont, The Loves, Brother Francisco, Pocketbooks, The Duloks and One Fathom Down.
Tour dates: