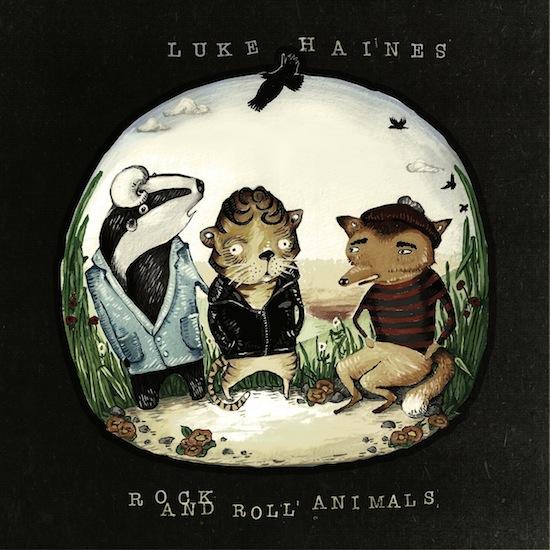 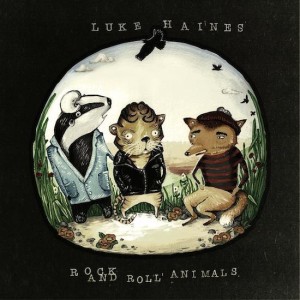 Luke Haines has been England’s eccentric arch-social commentator within art rock for well over two decades, through The Auteurs, Baader Meinhof and Black Box Recorder (the latter most memorable for their sublime coitus-hit, ‘The Facts Of Life’). You may assume that description is a rather rarefied bracket until you remember he lists as contemporaries Damon Albarn, Brett Anderson, Jarvis Cocker and Thom Yorke.

What has always distinguished Haines is his defiant lack of ambition, his cold, sporting stoicism. When I think of Luke Haines, I think of warm, flat beer, cricket, corduroy jackets with elbow-patches, country lanes, chintz transvestites, emotional constipation, brain-rock historicism, and fear of social embarrassment – with a possible nostalgia for the British Empire seen through the prism of 70s/80s red wedge socialism thrown in for good measure.

So how to approach his new solo project, ‘Rock and Roll Animals’? Delivered in his soulless, green-beltedly tuneful whisper, RnRA is an English psychedelic-folk concept album, involving the exploits of Sham 69 frontman and fellow Surreyite Jimmy Pursey (a fox), Elvis Costello-collaborator Nick Lowe (a badger), and 50s US rock n roller Gene Vincent (a cat). These three musketeers hare around the English countryside, trying to avoid their nemesis bird, The Angel Of The North (presumably a metaphor for Liam Gallagher).

Sound like a childrens album, I hear you cry. And you’d be right. Though there are enough trademake Hainesian wry, pervy moments to keep one foot in QI territory. The songs themselves are gently strummed acoustic ditties, with Jethro Tull flute here and Page & Plant rusticism there – Donovan, Midlake, 60s Bowie and Spinal Tap also frolic lustily in the hedgerows. And to be honest, it would take some extremely tough parenting to use Haines’ darker lyrics as lullabies for anyone’s offspring.

Near impossible to rate or categorise, in an ocean of standatisation and comeback, Luke Haines continues to plough a furrow into pastoral space. ‘Rock and Roll Animals’ is sweet, gently fun, somewhat pointless, subtle and understated – presumably like its author on a sunday afternoon…just, watch out for them birds over there…