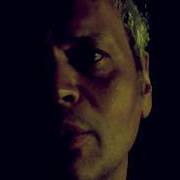 What if Steinbeck and Kerouac were drinking buddies? What if Lou Reed and Jacques Brel wrote songs together? What if the pop genius of the Beatles met the social activism of Woody Guthrie? ..

Born in Belgium, home of the nosedip, Phil ended up in New York City. Became a squatter in the Lower East Side. Lived in the infamous 13th street squats. Future movie star Rosario Dawson grew up in a squat across the street.
Eventually he took a Greyhound bus down south to escape freezing New York winters, hobo’ing through Atlanta, Mobile, the Florida panhandle, Austin, but spent most of his time in New Orleans, eking out a living as a street musician.
Released his first cassette, ..Songs from Planet B.., a lo fi mix of surf, sci fi and lounge. Played in clubs all over the Lower East side in a variety of bands and musical styles, with names like Railroad Jerk, the East Side Bandits, ..hot Head and Lake.
Played guitar with punk-lounge outfit Piker Ryan’s Folly with whom he released an EP ..Lowlife.. and a live CD ..Bowery Blues.., recorded live at famous CBGB’s
Left NYC for New Orleans, to escape the two headed monster of gentrification and mayor Adolph Giuliani. Before leaving recorded his first full length, ..A Man…A Mood…A Guitar…
Recorded an EP with Tremoflex9000, and then in 2008 a full -length CD, ‘America for Sale’.
He has been commuting between Austin, TX and the Big Easy ever since.
Recorded a new CD called ..11.., comprised of recordings of the past few years, available through Norman Records.
Phil’s new video Night Bus [directed by Brett Davey] is a dark, brooding track, melancholy and haunting. Beautifully shot.