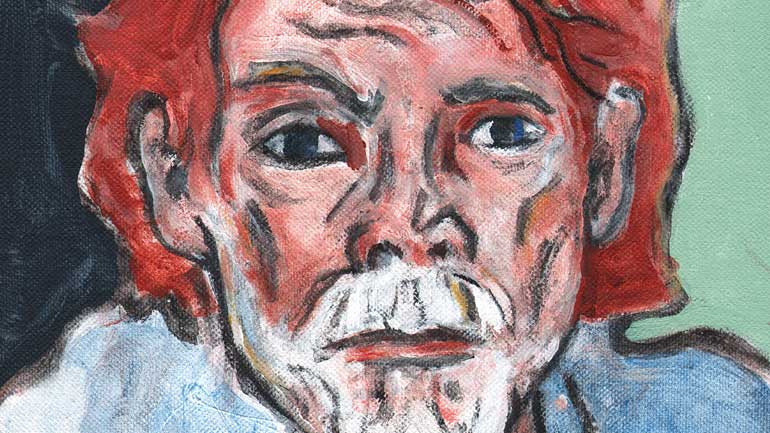 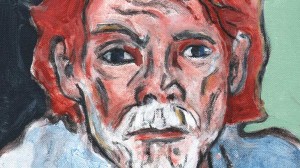 In the hype fueled world of pop and rock, once in a while, against all odds, an iconoclast pops up from obscurity and captures the spotlight, if only briefly. Icons of cool like Tom Waits have built a career on their outsider status, but it turns out there’s more where that came from.

Ed Askew is one of these brilliant outsiders. Born and raised in New Haven, CT, where he went to art school, he’s been making and recording music in obscurity for over 40 years. He released his first record in 1968 “Ask the Unicorn” on proto-indie label ESP, whose main claim to fame is as a vital link in bringing free jazz to a wider audience. Sadly, ESP went out of business before it could release Ed’s follow up album, and he sank into obscurity, where he may have stayed if it wasn’t for the fact that ‘Ask the Unicorn’ and Ed’s music took on a life of their own and spread through word of mouth alone, making Ed Askew an underground folk legend.

Following a tour to promote the re- release of his 80s cassette “Imperfection” Ed Askew is releasing what could be considered his first bona fide release in decades, the CD “For the World”. The recording features members of indie folk rockers the Black Swans, Brooklyn-based singer Sharon Van Etten and none other than Marc Ribot on guitar and banjo.

What we have here is stripped down folk songs, achingly melancholic and heartbreakingly beautiful, featuring Ed’s shaky, fragile vocals over his own simple piano and Dylanesque harmonica playing, with sparse, delicately fitting accents added by his musical cohorts.

Ed’s deceptively simple lullaby melodies get under your skin and into your head, until you’re pulled into the frail and melancholy universe of someone who’s clearly paid his dues, maintaining an almost child like innocence and vulnerability in spite, or maybe because of, graduating from life’s School of Hard Knocks.

Opener ‘Rodeo Rose’ is built on a repetitive piano figure flanked by cloudy guitar and harp chords. A beautiful tone poem featuring a gut wrenching guitar solo by the six string slinger whose iconic fretwork has graced so many Tom Waits classics. ‘Gertrude Stein’ is perhaps the most minimal track, featuring ukulele, upright bass and harp in a gorgeous sound tapestry of plucked and strummed strings. ‘Moon in the Mind’ possibly has the most hypnotic melodic hook, reminding me of an indiefolk haiku.‘Maple Street‘ is a delicate piano lullabye, filled out with glockenspiel, guitar and banjo about building a tree house as a child. Saving the best for last, ‘For the World’ has perhaps the catchiest melody, about a boy who likes to sing a song before supper. It also sounds quite cinematic, leading me to believe Ed’s music is tailor made for placement in movie and TV shows. Hollywood, are you listening?

Good things come to those who wait, as the saying goes, and “For the World” offers us all a second chance to discover the musical universe of brilliant iconoclast Ed Askew, who’s been crafting his quirky and endlessly fascinating homemade folk music in obscurity for far too long.

FOR THE WORLD ED ASKEW from ED ASKEW on Vimeo.

1 thought on “Ed Askew – For the World (Tin Angel Records)”