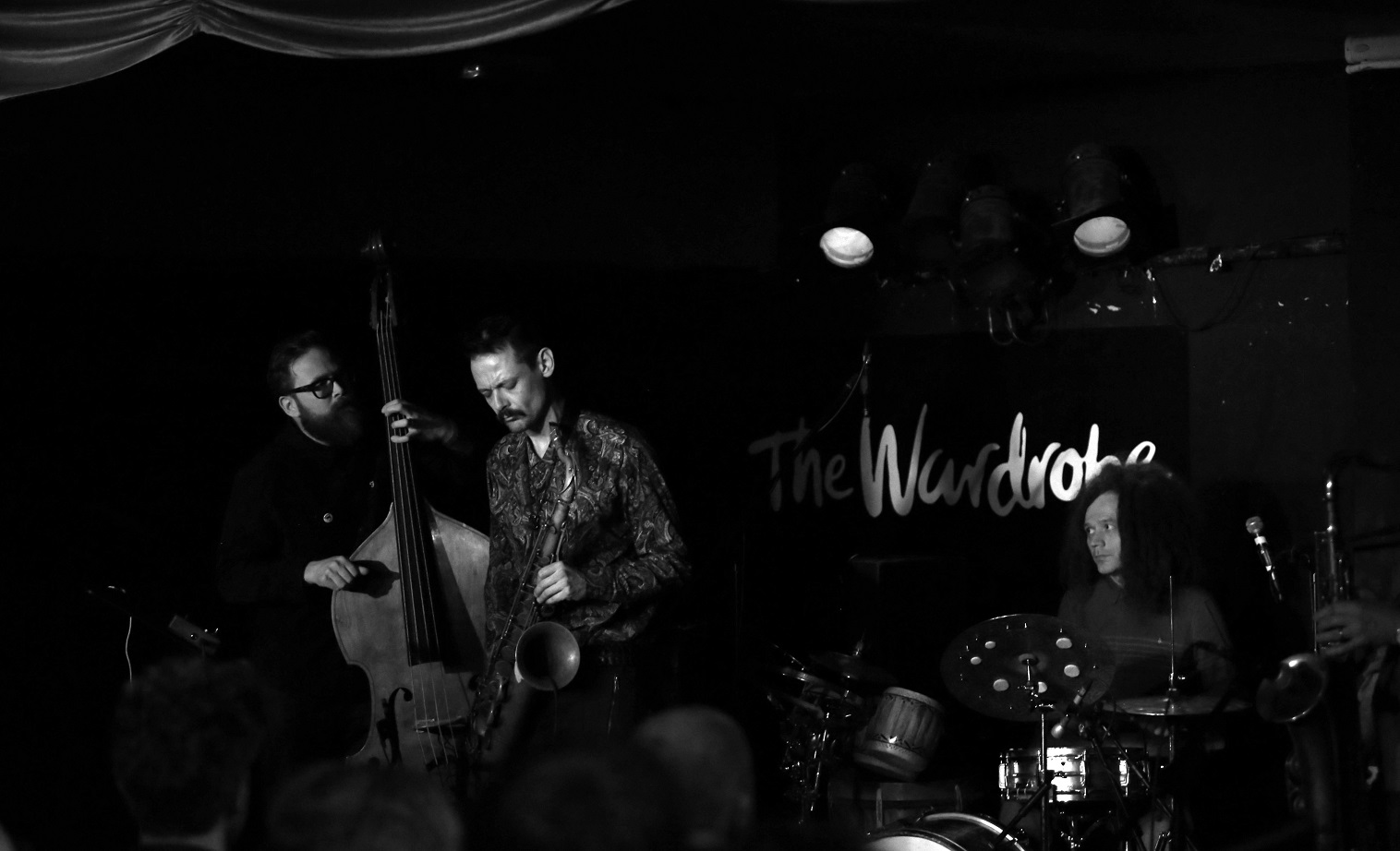 Anytime is a good time to catch Polar Bear but right now seems even better than most. The evening after the vernal equinox, spring is suddenly in the air.  Night and day are in perfect harmony, the Earth is coming back to life and this quite unique quintet is on the verge of releasing their fifth album, In Each And Every One. To mark the occasion, they confine the entire show at The Wardrobe in Leeds to music from that record.

is the heart, In Each And Every One is equally a recording about both time and space. When translated into the live setting, though, it becomes something even further removed from conventional calendars or 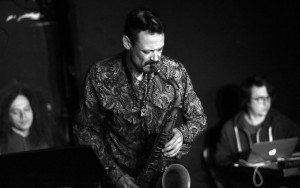 cartography. Between the relative tranquillity of opener ‘Open See’ and the downright infectious rhythmic propulsion of the second and final encore of ‘Chotpot’, the coordinates that Messrs Rochford (drums), Wareham and Lockheart (tenor saxophones), Herbert (upright bass) and Burton (electronics) plot lie in an altogether different musical stratosphere.

Theirs is a sound that may well have its roots in jazz but as the Polar Bear tendrils reach out into the cosmos the direction of growth never feels pre-determined. The increasing influence of Leafcutter John (Burton) adds elements of dance music, jungle rhythm and the occasional hip-hop beat to what is an already febrile mix of auditory experimentation. There are moments tonight when his Max electronics assume the guise of sonic shooting stars, splinters of interplanetary dust hurtling across an as yet uncharted universe.

But for all that the Polar Bear otic experience takes you far out, the music never becomes totally unmoored, never unlistenable. For all of its exploration, it keeps bringing you back to some recognizable point in time and space, be it the expressionist free jazz of Pharoah Saunders or the more contemporary beats of Kieran Hebden. And loosely tethered to such anchor points, Polar Bear take you further and further out there into the unknown; undeniably cool, this is the future of music as we don’t yet know it.