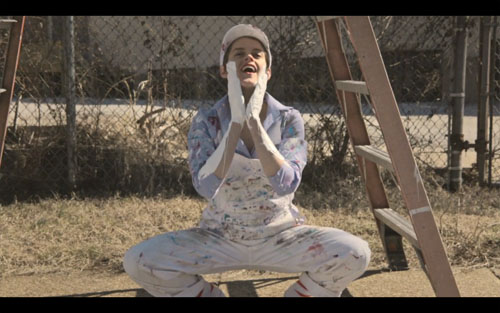 Wye Oak have so far released two tracks from their upcoming new album ‘Shriek’ which is due out on April 28th. We’ve been fretting impatiently for the new album, given the stories we’ve heard, of Jenn Wasner’s writers’ block, the decision to sort of swap out instrumentation with Andy  Stack, or at least promote his stuff further up front, with the end result of an entirely guitar free new album. We’ve just been blessed with a copy of that, so we’ll be back shortly with a full review. We have been huge fans of Wye Oak’s previous records, so we’re excited but approaching this with an open mind.

In the meantime, this track – ‘The Tower’ – was the first out of the blocks, but is now back with a ‘wacky’ new video clip by Baltimore artist & comedian Ben O’Brien. See what you make of that.

They’re touring in June – slide down the page for dates. We will most definitely see you in the front row for several of those dates.