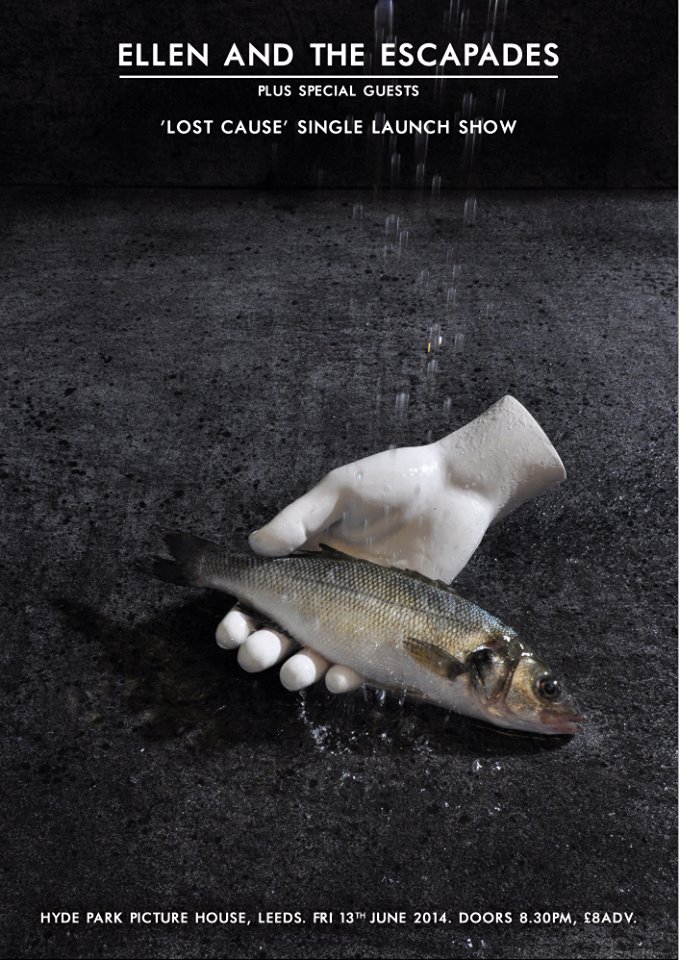 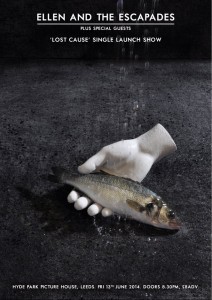 Last Monday saw the release of Ellen and the Escapades’ new single, ‘Lost Cause’. The accompanying video – directed by Giles Smith and shot in some dingy forsaken space illuminated only by shafts of sunlight – captures perfectly the song’s brooding presence. A much more robust, stronger sound than we had first heard more than two years ago when the Leeds’ quintet burst onto the scene with their début album All The Crooked Scenes, Jeff Schneider’s eerie slide guitar merely adds to the song’s air of foreboding. It is a record that surely places some considerable distance between the band and all of those early folk-influenced epithets that they seemed to attract.

To launch the single, Ellen and the Escapades are playing two very special shows. The first is this Friday the 13th of June in the majestic surroundings of Leeds’ Hyde Park Picture House. Opened just after the outbreak of the Great War, this Grade II listed building is the only gas lit cinema remaining in use in the UK and will provide the most perfect of settings in which to experience the band’s evocative, atmospheric sound.

Support for the Leeds’ performance comes courtesy of Gary Stewart, the Escapades’ bass guitarist and host of many a cracking Monday evening at The Gaslight Club in Oporto in Leeds.

Lower Seating tickets for this show can be bought HERE

The second show is in London five days later on the 18th of June in Shoreditch’s The Old Blue Last.

Tickets for the London show can be bought HERE

(The art poster for the single launch show in Leeds, pictured above, is by Tommy Davidson)