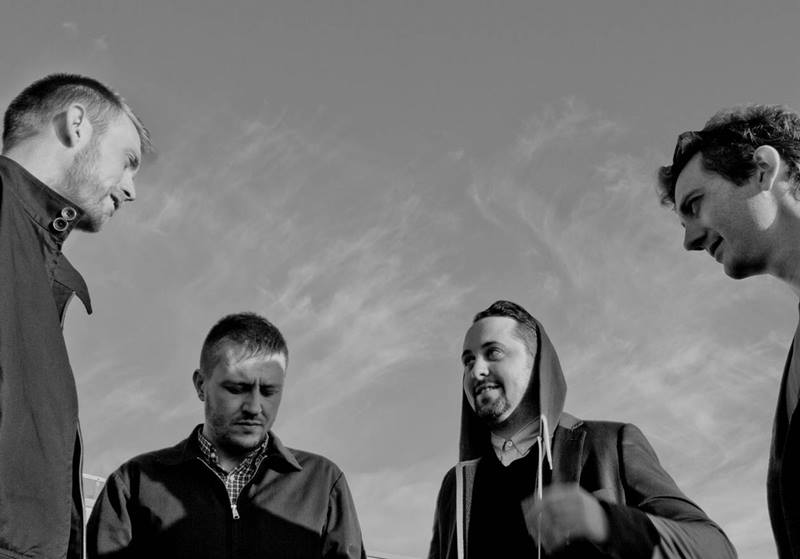 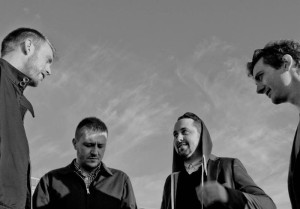 It was many years ago during a cold winter evening when I discovered the sumptuous piano breezing sweetly over a glitchy rhythmic backdrop, accompanied by some massive guitars and thunderous drums. I instantly fell in love with this general disregard for the standard strict rhythms, structures and sounds that, in their blandness, had engulfed my music collection. This song, titled ‘Drove Through Ghosts To Get Here’, was a breath of fresh air; a rush of excitement.

Almost ten years and three studio albums later, 65daysofstatic are still managing to release music that is new, exciting and brave. They were kind enough to let me quiz them on their latest release ‘Wild Light’, ahead of their show at Plissken Festival (Plisskën Festival 2014 | Teaser Trailer).

**Good morning/evening! How’s your day been? Had much on the agenda?**

So far been trying to get to 65HQ to rehearse for a festival show later this week and en route been given a demonstration of the latest advancements in gutting the public transport infrastructure of this country in order to keep shareholders happy. Then I insulted the staff at a coffee shop while ordering a coffee by complaining it was really early when, in fact, it was 10am and they’d been up since 5.

It’s going ok though, overall. As far as days go.

**Last time I saw you guys it was at the birth of ArcTanGent festival last year, which was an incredibly immense weekend. Did you enjoy your set on that huge stage?**

Thanks. You know what? The ArcTangent stage was actually quite small, especially for the size of crowd that were looking at it.

That’s not necessarily a bad thing though. Big stages are great to move around on, but at the same time you lose the intimacy and sound and eye contact with your bandmates. ArcTangent was still small enough for all that to work well, in addition to having a really great crowd in front of us and that insane light show.

**Thinking of other times I’ve caught you, do you remember a small gathering in West Wales called Square Festival? It was near Aberystwyth and only lasted for a couple of years – shame! I think it was back in 2007 when you caused havoc the likes of the quiet little village of Borth had never seen, with security guards coming in and breaking up pits. Good times! **

The security guards were probably looking for the organisers of the show who did a runner and didn’t pay anybody, including the staff/bands. Plus the monitor engineer was drunk and trying to deafen us for reasons I still can’t begin to comprehend. It wasn’t a high point, to be honest. But it’s nice to know that the chaos onstage/backstage translated into a good kind of havoc front-of-stage.


**Back to the near present, it’s already been nine months since the release of Wild Light. How’s it been received?**

Really well, thanks. We toured it around the UK and Europe, took it to America, then Russia, and recently got back from Japan. It feels like we’ve managed to level up not just in terms of the production of the record, but also in our live show. We’ve always been conscious that we have to keep evolving as a band. We’ve been around for thirteen years now and the danger is that you can get distracted trying to recapture those brilliant, naive sparks of energy that are with you as a band right back at the beginning, but that’s impossible. We’re not old but we are older. The Fall of Math still exists for anyone who wants to listen to it. There’s no point in us trying to recreate that over and over again. With Wild Light, it feels like we have pushed ourselves some place new and what’s most exciting is that is opened up all kind of unexplored territory that we’ll be getting to next.

**You’re currently on yet another tour, hitting lots of various parts of the world: France, Greece, Japan. Anywhere in particular you love to go to?**

It’s still a thrill to go anywhere outside of the UK, honestly. Being able to go back to Japan last month was so exciting. Would love to get to South America at some point though. Not made it there yet. Just finished reading a book about the Cuban revolution actually, so Cuba.

**Thought Forms have been touring with you too. How was working with the Wiltshire trio?**

A pleasure. Great people; great band. Always nice to have a band that you enjoying watching night after night. Got another show with them in July too.

**People who purchase “Taipei” can also get a free track called “DroneNotDrones” – a track that I personally love being a big fan of the almost catch-all “drone” genre. There’s also a link to a website – dronenotdrones.com, a project to help victims of drone strikes and their families. To be the inspiration for a project like that must make it all worthwhile right?**

We weren’t the inspiration for that at all. Certainly don’t want to steal any credit where it’s not due. We just accidentally used the same name as this other project that was going on. What they’re doing seems to be more proactive than what we’re doing, but then again, there’s even more non-musician actual-activists doing even more than that. Something worth looking into would be the Campaign to Stop Killer Robots, who are trying to pull all the various opponents of drones under one roof, to try and make it a more effective movement. The film Dirty Wars and the ongoing work of Jeremy Scahill is worth following too. Also, if you have an iPhone, there’s a very sobering app that’s simply called ‘Metadata’ – it ended up having to give itself a bland name to not break any of Apple’s rules – and it sends you push notifications every time a U.S drone strike is reported, along with the number of deaths. (Typing that last sentence on an Apple Mac, auto-correct just turned ‘deaths’ into ‘dreams’. I wonder if the NSA’s controlling auto-correct?)

Anyway. There’s some cutting edge foreign policy analysis for you.

**So other than touring all over the shop, are there any projects of your own in the works?**

Yeah. As well as the upcoming festivals/Wild Light shows we’re juggling two new things at the moment. Details will no doubt emerge in the coming weeks but can’t give you anything right now. Likely to keep us tied up for the rest of the year though. Can’t imagine we’ll be surprise-dropping a brand new 65 record any time soon.

**Thanks very much for having a go at them questions. Fancy coming to Cardiff and playing for me? I’ll supply tea and biscuits.**

We’re coming to Cardiff already on 28th July at The Globe and we will play for you but you’ll have to share that experience with whoever else turns up.