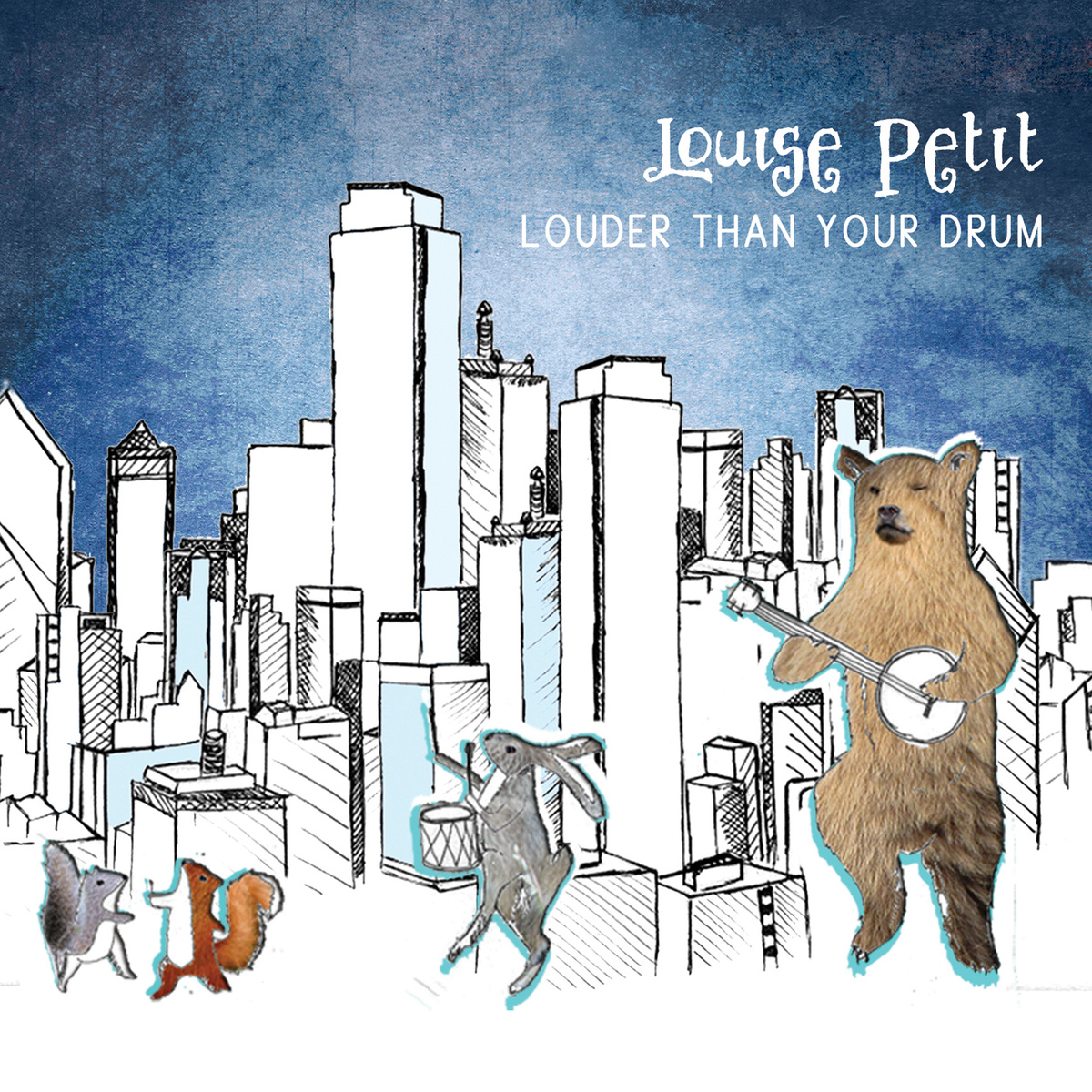 There was a point in time – somewhere between the late ‘60s and early ‘70s – when the term folk singer mutated into that of singer-songwriter. And it is to this period that Louise Petit returns for her inspirational source. Though based in Wolverhampton and in possession of the most quintessential English qualities, her musical frames of reference seem to owe much more to American artists of that day. Strains of Paul Simon, Carole King and Melanie can all be heard on her début album ‘Louder Than Your Drum’.

For Louise Petit is a storyteller. Drawing from her own experiences, her songwriting harks back to that golden age when simplicity was the key. Along with percussionist Tim Heymerdinger and Russ Sargeant on double-bass she pares her songs’ arrangements back to their natural form and lets her voice tell her story. A pure, clear instrument it does all of her talking for her, remaining the natural focal point of each and every song.

Occasionally Petit has been seduced by the temptation to adorn her songs. On the powerful title track she adds a dozen other voices to those of Heymerdinger, Sargeant and her own on their immaculate three part harmonies. The delicate, melancholic beauty of ‘Tree Song’ and the evocative ‘Weight Of The World’ are both enhanced by the addition of strings in the manner of the late Robert Kirby’s unobtrusive work on Nick Drake’s Five Leaves Left and Bryter Layter. And her ukulele can be heard to intricate effect on ‘Damn This Part Of Me’. Yet Petit has resisted any urge she may have felt to allow such decoration to overwhelm. The end result is a strong, expressive record from an honest and undoubtedly creative talent.

‘Louder Than Your Drum’ was released independently on Bandcamp on 14th June 2014 in both download and CD formats, the latter complete with a booklet containing song lyrics, liner notes and album artwork by Rosie Tunley.

The digital and physical CD albums can be bought HERE

Catch the Louise Petit Band live throughout this summer: