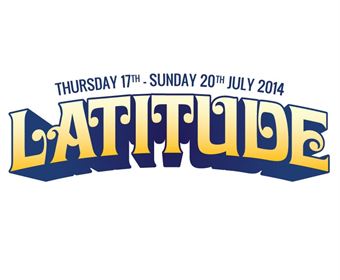 There is a full Sadler’s Wells Presents programme – including the English National Ballet performing The Four Seasons – spread across the four nights on The Waterfront Stage. The top of the poetry bill is very strongly represented by Hollie McNish, Gillian Clarke, former member of The Scaffold and Grimms, Roger McGough, whilst the Literary Arena is equally impressive when account is taken of the names of Richard Wiseman, Daniel M. Davis and Lauren Beukes. And not to be outdone the Film and Music stage welcomes acclaimed British photographer and cultural icon David Bailey, who will be in conversation with director of artistic programmes at the Royal Academy, Tim Marlow; and the English documentary filmmaker Nick Broomfield who will be interviewed by Emma Freud.

And the musical line-up is just as equally strong and diverse. Headlining the main stage on consecutive nights will be Northern Irish indie-rockers Two Door Cinema Club, Damon Albarn, who will be showcasing his début solo album, the critically well-received Everyday Robots and the American classic rock duo The Black Keys who will be closing out the festival on Sunday night in suitably blistering fashion.

An incredibly strong undercard is populated by Editors, Bombay Bicycle Club and Kevin Parker’s antipodean psychonauts Tame Impala; Glaswegian hardy perennials and indestructible instrumentalists Mogwai, Sweden’s most dramatic songstress Lykke Li, and in an exclusive festival appearance, fellow Scandinavians Röyskopp and Robyn. And then there is James Vincent McMorrow, who with Post Tropical has already produced a very strong contender for one of the albums of the year; fresh from their triumphant early afternoon appearance on Glastonbury’s Pyramid Stage, The War On Drugs, two of Philly’s finest, classic soul duo Daryl Hall & John Oates, and in a one-off performance by supergroup Atomic Bomb!, members of Hot Chip, LCD Soundsystem and the Beastie Boys will perform alongside Nigerian funk musician William Onyeabor as Sunday afternoon’s special guests.

It all promises to be something very special indeed. All of the festival information can be found HERE

And tickets can still be obtained HERE 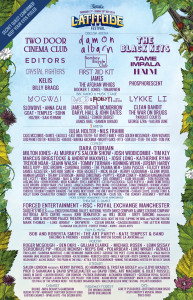