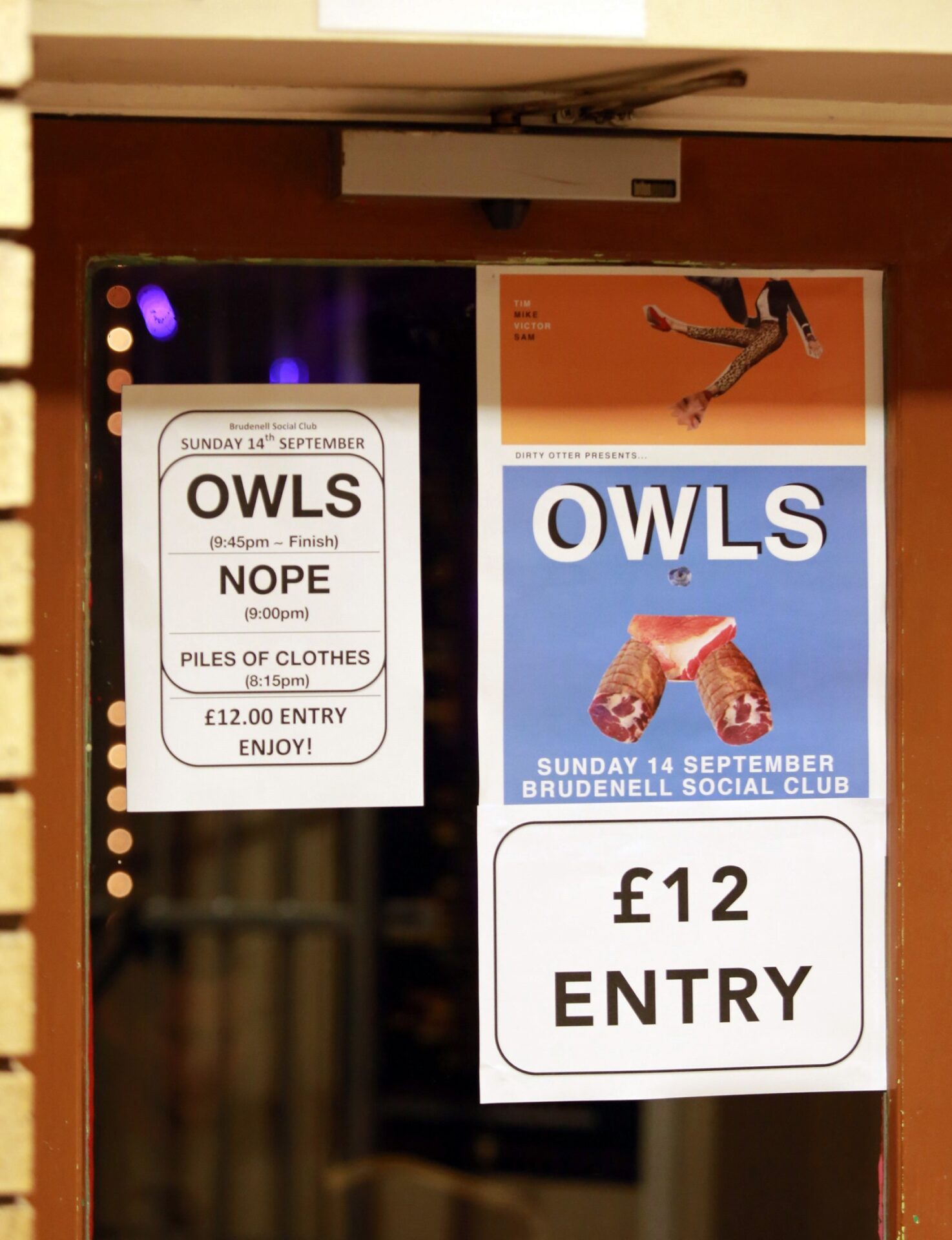 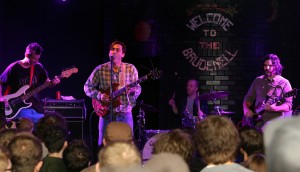 Recon Festival is back. Returning to various venues and locations across the cities of Leeds and Bradford, Recon – a partnership collaboration led by Lumen, Music @ Bradford University & Room 237 – has once more put together a mightily impressive and incredibly exciting programme of music, arts and film from the very vanguard of the leftfield.

The official launch party is not set until later this week – on Thursday the 18th of September at Belgrave Music Hall – but as a prelude to the full Recon programme the Brudenell Social Club tonight hosts a show that fits perfectly with the festival ethos of experimentalism.

Nope are true to the spirit of Recon. This Leeds band boast double-drums and a twin-necked 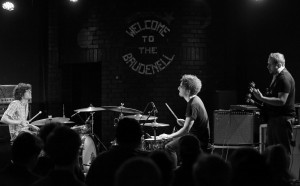 guitar and create a spectacular sonic sculpture out of modular repetition and perfect synchronization. Unlike when last seen at Beacons Festival in August where they performed as a four-piece, this evening Nope are a trio. But even allowing for the temporary absence of one of their number, the three remaining men – Andy Abbott on guitar and Jon Nash and Steven Nuttall on drums, who also see plenty of live action in other local bands including That Fucking Tank, Hookworms and Mucky Sailor – do not break musical stride as they collectively plot a journey across the west Leeds cosmos using La Düsseldorf, Red-era King Crimson and telepathy as their reference points.

Experimentation and no little amount of strangeness is the key to Owls. Emerging from the ashes of Chicagoan emo innovators Cap’n Jazz at the dawn of the new millennium, their musical odyssey has been unusual. Disbanded in 2002 and reconvened a decade later, the time lag between their self-titled début album in 2001 and its successor – the prosaically, yet accurately named Two – has been 13 years. 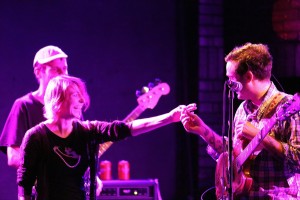 And this apparent lack of urgency filters into the early part of this evening’s set as songs splutter into life, only to then collapse, and Tim Kinsella – the band’s singer, guitarist and oddball frontman – gets easily distracted. At his own admission he seems to simultaneously inhabit a number of different universes one of which – in a moment of awkward surrealism – sees him about to marry a woman who emerges from the crowd.

But Kinsella can be just as wonderful as he is weird and when he truly focusses and the other three musicians – his brother Mike on drums alongside other fellow original band members, guitarist Victor Villareal and bassist Sam Zurick – all get on board the Owls’ train, the journey is exhilarating. They cook up a strange brew of off-kilter indie rock, an efficiency of movement that draws upon the avant-garde blues lying at the very heart of Captain Beefheart’s Trout Mask Replica and some of Pavement’s more jagged alt-rock melodies.

As a starting point for all that Recon Festival promises over the next fortnight, this was a pretty good place to begin.

More photos from tonight’s show can be found here

Recon Festival runs across multiple sites and venues in Leeds and Bradford, West Yorkshire, from 18th to 29th September 2014. Full details of What’s On can be obtained here