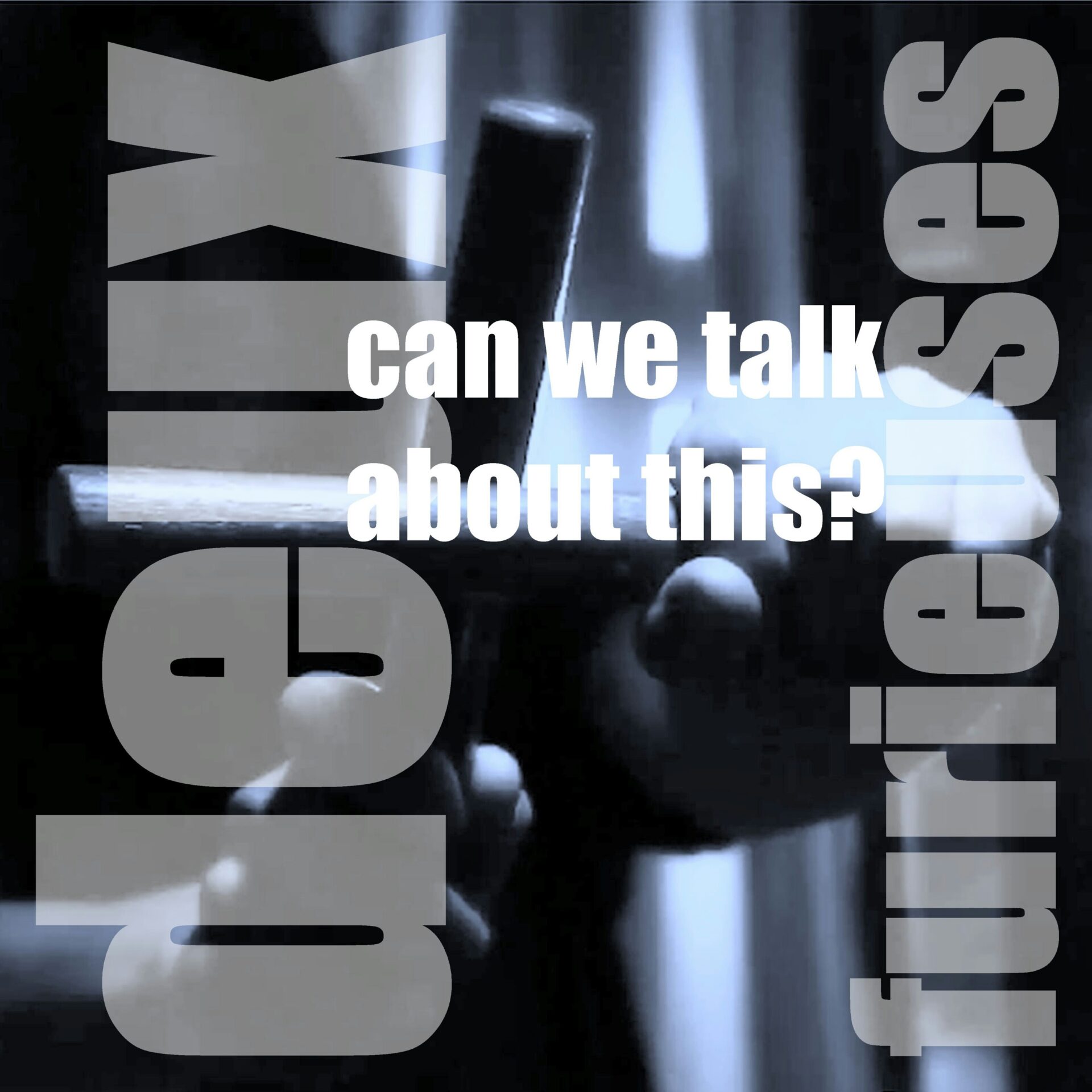 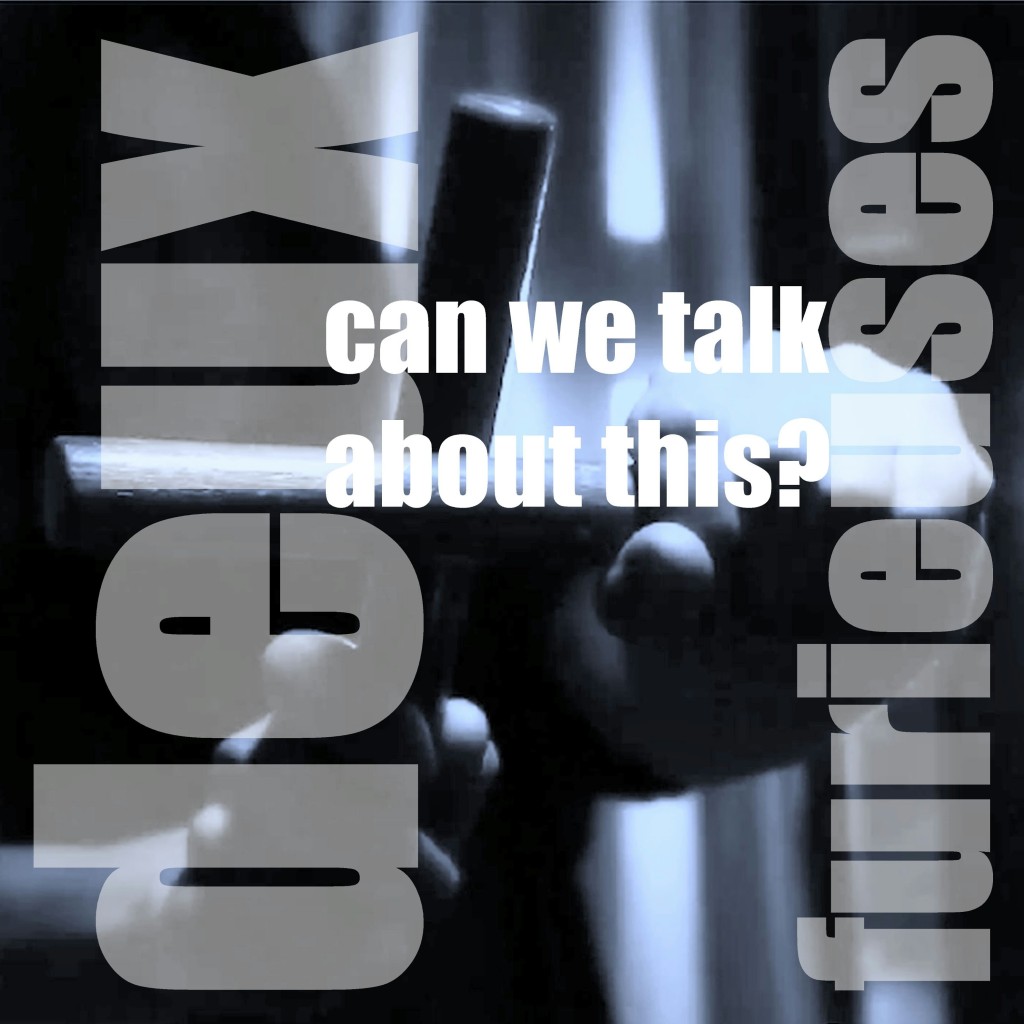 Fem duo deux furieuses hail from London and Glasgow, their debut single ‘Can We Talk about This?‘ produced by Rob Ellis(PJ Harvey) out as a free download on the 13th of October, is a masterstroke in lacing anger with meaning and balancing subtlety with fury. It knocks the idea that you have to be as leaden footed as a two piece like Royal Blood to succeed into unconsciousness…

Ushered in on a tide of percussive drum and guitar twitches riven with menacing half-sung-half whispered stuttering refrains that simmer unrelentingly before exploding with intense mistrust: firing off like missiles into the sternum of the broken promises of lovers and leaders? (‘one over them one over us you fucking hypocrite!’). Spiralling in a undeniable tremble in a dystopic underground between the defiance of early PJ Harvey and the firegun agit salutes of Bikini Kill.As a debut offering this is simply superlative.