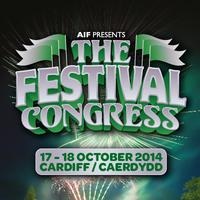 The Association of Independent Festivals (AIF) this evening (Friday 17th of October) announced the winners of the first ever Festival Congress Awards at a sold-out ceremony in Cardiff’s Portland House.

The ceremony recognised and celebrated the great variety of work that took place in the festival industry this year. Winners included Catfish & the Bottlemen for ‘Live Act of the Year’; Showsec for ‘Friendliest Security Staff’; Dan Le Sac vs Scroobius Pip for ‘Artist for the Audience’ and The Arcadia Spider in the ‘Mind-Blowing Spectacle Award’ category.

Dan Le Sac, said: “We are honoured to win this award. We’ve spent the last 8 years together planning shows because we love gigging, so to be recognised for that is truly wondrous! The cherry on the cake is that the award comes from the AIF – the independent festival scene is hugely vibrant in the UK and plays a massive part in keeping the music industry alive.”

AIF vice chair, John Rostron, said: “What a way to kick off the first ever Festival Congress Awards, with some terrific winners and plenty of good fun in the mix. The fact there are winners here who aren’t even a part of the AIF, yet have been nominated and voted for by our membership, demonstrates the great spirit of support for the sector, which runs throughout the AIF. Our festivals LOVE festivals, and there’s a lot of love for these worthy winners.”

The awards were hosted by Ben Challis and featured an introduction by Huw Stephens (BBC Radio One) and Bethan Elfyn (BBC Radio Wales).

There were also showcase performances from talented emerging Welsh music acts Baby Queens and Gabrielle Murphy, in connection with the AIF’s exciting partnership with the BBC’s Horizons scheme.

New Festival on the Block – Fire in the Mountain

Live Act of the Year – Catfish & the Bottlemen

Artist for the Audience – Dan Le Sac vs Scroobius Pip

Festival Venue of the Year – End of the Road: The Garden Stage

An after party at Cardiff’s Glee Club followed the ceremony and was soundtracked by icons of the DJ world including Huw Stephens, Madame Electrifie, DJ Chris Tofu and Count Skylarkin.

The awards ceremony took place on the first night of the AIF Festival Congress, a two-day gathering of those behind the success of festivals around the world as they met to network, learn and celebrate. The congress featured keynote speaker Jude Kelly and speeches from high-profile figures of the industry such as Martin Elbourne, Stuart Galbraith and Alison Wenham. For further details go to http://aiforg.com/initiatives/festival-congress/

The Festival Congress is presented by AIF and supported by the Major Events Unit of the Welsh Government and the British Council.