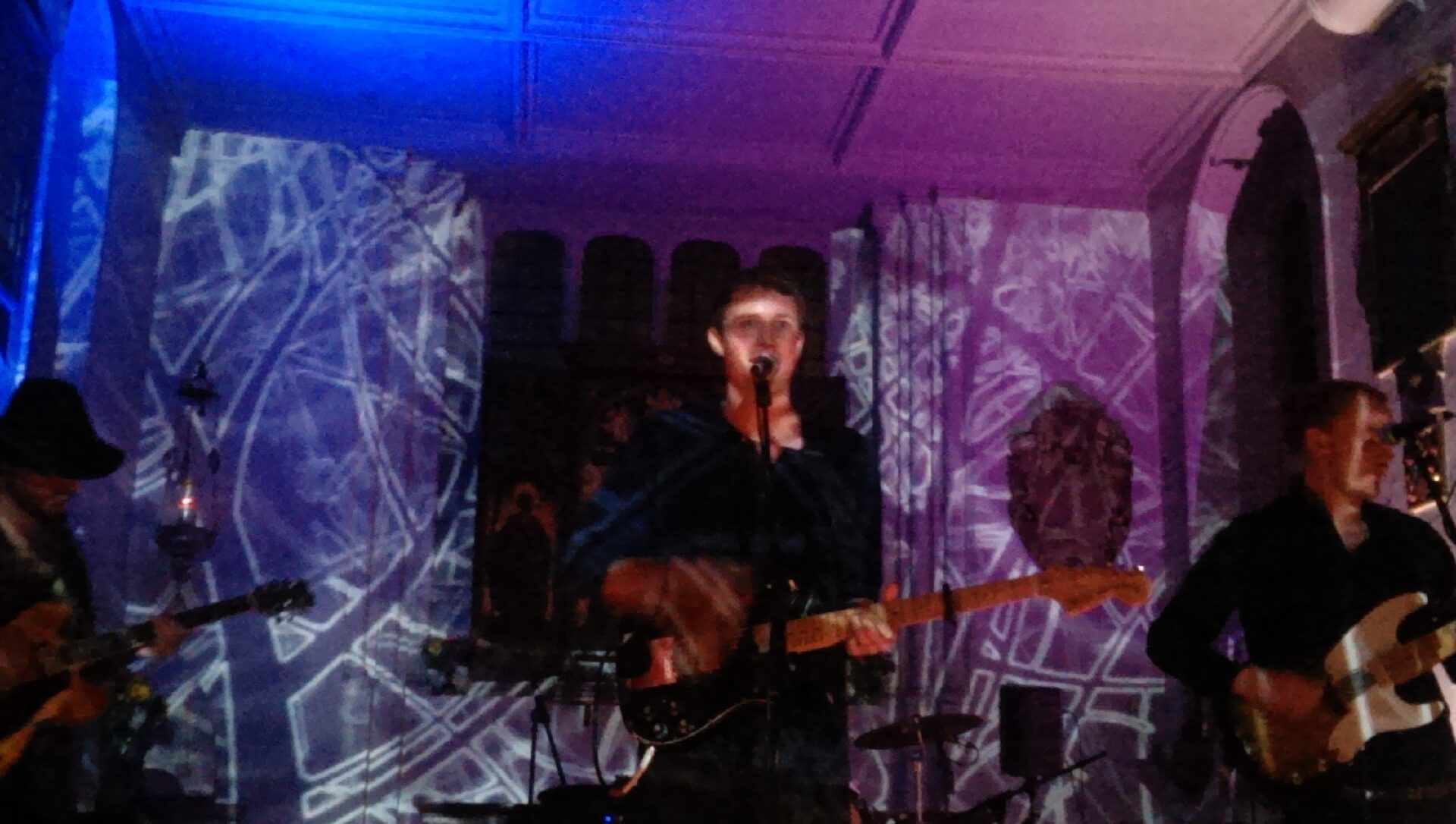 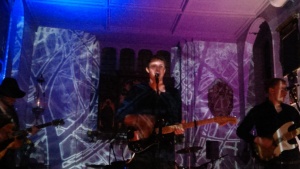 Perhaps it’s an age thing, but sit-down gigs are undoubtedly welcome on occasion, not least for the avoidance of being constantly jostled during a set by punters back and forth to the bar, the loo, or wherever else. The other plus, of course, is that one is freed from stereo conversations going on to either side of you while trying to listen to the artist on stage. So for up-and-fast-rising London four-piece Palace to elect to play a small intimate show at St. Pancras Old Church, it meant they were guaranteed a captive and attentive audience all night. Not that any of the crowd who had managed to grab a ticket before they had rapidly sold out (a second, four nights later, also selling out almost immediately), was going to complain about that. Polite in their appreciation while the band were playing, only erupting into rounds of ear-deafening cheers, whistles and claps in the spaces between songs. As it should be.

Palace have spent the last five or six months honing their signature sound and unleashing on the public in July the first taste of that by way of ‘Veins’: smooth and mellow guitar strains, an arresting vocal presence, resourceful percussion; a band ably fusing their blues-stroke-soul heart with pop rock sensibilities and a timeless ambience. After playing what was only their second ever gig supporting James Iha of the Smashing Pumpkins in front of an audience of 2000 at Bush Hall, they were then handpicked to support Jamie T at the Dome in Tufnell Park. It makes you think either these guys have a darned good back office team behind them, or word-of-mouth has been spreading faster than Ebola. 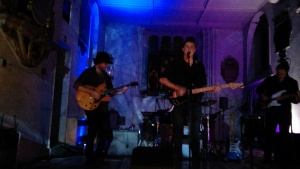 So, to a packed and expectant congregation, Palace take to the stage amid flickering tealights to play a ten song set which includes several new tracks as well as their full five-track EP ‘Lost In The Night’ (released next week), an acoustic mid-section, and topped off with a cover of ‘Wicked Game’, showing they have plenty up their collective sleeve to fill 45 minutes. The songs themselves, while not in the brash and bold anthemic rock mould, exude a subtle honey-like sweetness through the ears. The ‘Dragonfly’ instrumental opening – drawing whistles from the audience before even half a dozen notes have been struck – neatly segues into ‘I Want What You Got’. This is the song that Palace describe as the one that defines their sound. Dreamy Americana-like guitars swooning around complex structures, given form by Leo Wyndham’s effortless vocals.

While ‘Bitter’ may be both an EP and live highlight, it has tough competition tonight. The smooth vocals and slower-paced changing rhythms of ‘Ocean Deep’ works towards an appealing dual guitar end with harmonies by bassist Will Dorey. Of new tracks, ‘Tomahawk’ and ‘Shark’, the former lends itself to vocal harmonies and some particularly intricate guitar work from Wyndham – whose vocal here also takes on a rawness of pitch not encountered on other songs – which builds to fast, frenetic end. ‘Chase The Light’ (with an unplugged ‘Lost In The Night’) provides an acoustic interlude, giving the spotlight to both vocalist and guitarist Rupert Turner, its simple structure floating around the flickering candlelit stage. Turner is once again integral to the slow, blues slide of ‘Blackheath’ – one of the first tracks that Palace snuck out online at the end of last year.

Lead single ‘Veins’, drawing on resourceful percussion and fuelled by a blues-rich…’vein’, finishes the set proper, but the deafening cheers from a crowd not willing to let this band go without an encore, succeed in bringing them back for perhaps one of the best closers heard for sometime in a rendition of ‘Wicked Game’.

That Palace are set to become big players in 2015, there can be little doubt.