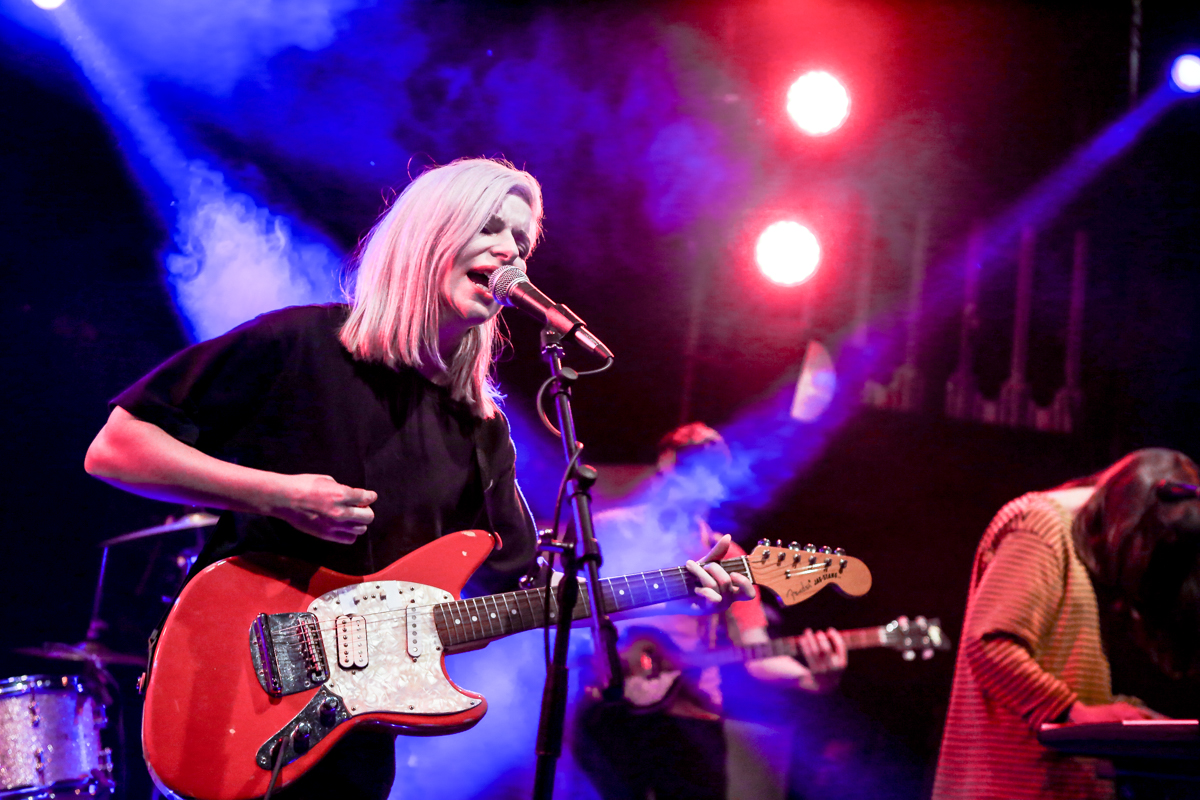 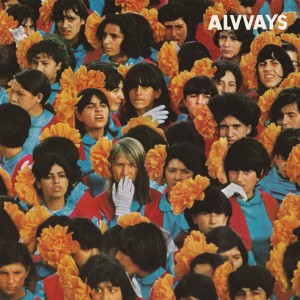 Alvvays are one massive sugar rush. At least that’s how it seems the first time you touch their wares to your lips. They’re all jingly-jangly and upbeat, with Molly Rankin’s vocals ringing clear as a bell, singing about asking some lucky lad called Archie to marry her. Then, just as you’re swinging your pants and getting your dance on, maybe you listen a bit, and realise that Molly is singing about Archie’s contempt for matrimony. Oh. And that other single ‘Next Of Kin’, pretty-pretty gazey-pop, which is actually about her love drowning in the river, possibly not helped by the ‘something’ he took before he got in the shower.

They come off all so self-effacing. Well, they are Canadians’n’all eh? But then you start to dig into their nascence and a few things make sense. At some point they tweeted at Johnny Marr to invite him for pizza. Right…. Oh, they toured with Peter, Bjorn and John; that starts to make sense. Then you look at who they had give more than a passing interest to the album production. Chad VanGaalen ring any bells? Members of Holy Fuck maybe? And I realise that I’m making them sound like some sort of Lizzy / Lana invention, which is just so far from the truth. It’s just that their provenance makes sense when you look at it like that.

For all of the above reasons, I’m glad as a happy unicorn that I didn’t know any of this. I guess the blog / hype machine had done its thing, in that I’d at least heard of them when they pitched up to play Liverpool a few months ago. I got my ass down to the Kaz to see them, and seeing as I was going to be taking photos, starting listening to them to check them out. That’s when the infection set in, or more to the point, that’s when their music grabbed me like a gin trap, and wouldn’t let go. It’s so addictive, there should be a health warning. A guy I know, another writer, tweeted that he’d just done his top ten albums of the year (our year in lists) when he heard this album – for the very first time – and it immediately rendered the rest redundant.

What’s that you say? Oh, they’re only unknown over here, it’s already been awarded album of the year in Canada, and went straight to the top of the US college radio charts? But it was a bit the same story over there too. The album was recorded two and a half years ago, and they struggled from then until early 2014 to find someone to release it. It was only at this year’s SXSW that things really took off. I don’t feel so bad then, it’s not as though I just recommended some new band called Nirvana or something.

The interweb says they’re from Toronto, but I’m sure when I saw them, they muttered something about Prince Edward Island and Nova Scotia. That’s so much more romantic.

It’s pronounced Always, and that’s what they were, until they discovered another band already called that. That ‘always’ happens (IGMC) and Alvvays is so much easier to google.

Like with my twitter friend, for me this album is bubbling around with maybe another two, as the things I rely on just now to get me off my ass at any given moment. No hesitation whatsoever in giving it the magic five stars and I’ll fight anyone who argues with me.