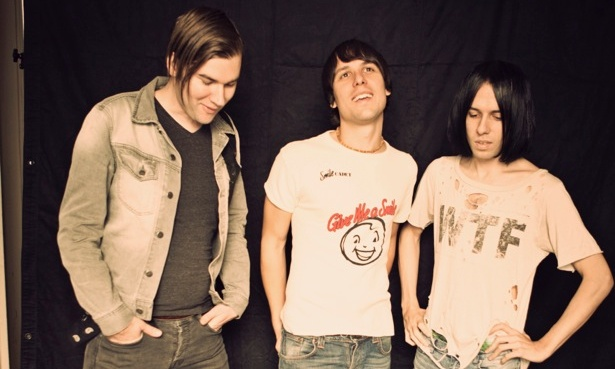 Wakefield indie-poppers The Cribs have announced the details of their upcoming sixth studio album, For All My Sisters. Listen to a brand new track, ‘An Ivory Hand’ at the bottom of this page.

The record, scheduled for release through Sonic Blew/Sony Red on March 23rd, follow’s 2013’s Payola singles collection and 2012’s In The Belly of the Brazen Bull and is produced by Ric Ocasek, frontman of The Cars and producer of classic albums like Weezer‘s Pinkerton.

The Cribs’ comfortable success story has allowed the Jarman brothers to explore their own avenues in recent years, but over the past 12 months the trio reconvened to their native Wakefield and their adoptive hometown of Portland to begin work on the new LP, later decamping to New York and Magic Shop studios.

For All My Sisters will be available on a number of different formats: double 12” vinyl, CD, and deluxe CD/DVD, with those deluxe versions featuring live footage from the band’s two Christmas 2013 shows at Leeds’ O2 Academy.

One of those shows was comprised entirely of early hits, b-sides and rarities, the other a more ‘standard’ show of contemporary tracks from In The Belly of the Brazen Bull. The DVD is titled Live at the Old Town and Country Club, in reference to the Academy’s original name upon its 1992 opening. The album will also be available digitally through Sonic Blew/Sony Red.

The first single, ‘Burning For No One’, will be released alongside the album on 23rd March, and will be available on limited 7” and digitally through all good musical outlets. ‘An Ivory Hand’ is available now with digital album pre-orders.

For All My Sisters Track Listing:

As is tradition with The Cribs, they announced a small run of intimate shows to preview new material, which went on to sell-out entirely in minutes. Fans lucky enough to have grabbed a ticket will get the chance to hear the new songs first at these intimate shows:

The band also announced a special ‘in-store’ performance at the Brudenell Social Club in Leeds. Access to the gig will only be granted to the first 200 people to pre-order the new album from Crash Records, and the first 200 to pre-order it from Jumbo Records, both in Leeds.