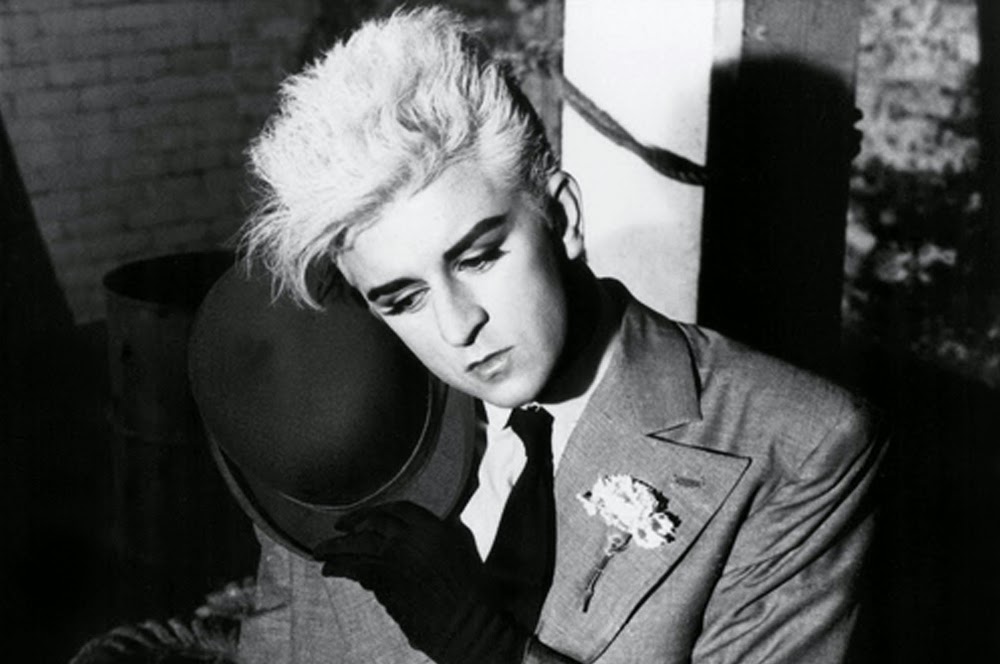 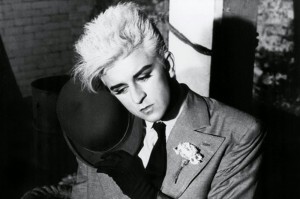 New Romantic icon Steve Strange passed away last night at the age of 55. One of a handful of Welsh ‘pop stars’ at the helm of Visage alongside other founding member Rusty Egan, he was one of the original 1980s blitz kids. Although probably by his own admission not the greatest singer of that era, as a front person Steve was a creative spirit whose unique style, gender blurring look and imagination that dreamt beyond the confines of his homeland, made him stand out in the 80s.

Initially emerging from the post punk scene of the late 1970s Steve was one of the few in attendance at a Sex Pistols gig in Caerphilly, he would later form Visage and open the blitz club in London, spearheading the new romantic scene that allowed him to explore his fantasies in sound and fashion. Although best known for their electro pop hit ‘Fade To Grey’, the European influenced electronic sound and new romantic style that characterised Visage’s excellent 1980 self titled debut led to Steve’s collaboration with David Bowie upon his ‘Ashes to Ashes’ video that Steve helped style and in which he appeared as an extra.

“David Bowie came to the club and hand-picked me to be in the Ashes To Ashes video. I was totally in awe. The makers asked me to meet them at 6.30pm at the Hilton Park Lane and I thought we would be going something really exotic. We ended up on Southend beach! He closed the beach, so at least that was glamorous. Bowie’s known as a very clever thief, that’s why he turned to the Blitz, because he wanted to be part of London’s most happening scene. Latterly, word spread and the press was trying to pin a name on to us. They variously called us The Cult With No Name and blitz kids. Finally they came up with new romantics.”
Steve Strange

In December, BBC News reported that Strange was hospitalized with an unknown medical condition. “His record label said he has been admitted to Princess of Wales Hospital in Bridgend with a bronchial infection and an intestinal blockage,” they wrote. “August Day Recordings said his hospital admission follows a long illness which has left him ‘virtually bed ridden.’ He is undergoing an exploratory operation.”

Last night a statement from his label read:
“We are extremely saddened to announce that Steve Strange died at 11.15 local time on Thursday 12th February, in Sharm El Sheik International Hospital, Egypt. Steve died in his sleep, of Heart Failure. Steve’s family, band members and friends are all distraught at this sudden news of his untimely death. Steve’s family request privacy at this extremely difficult time.”

In his latter years Steve was a night club business man and celebrity with a withering wit. After reforming in 2004, Visage released their sixth album, Orchestral, this past December.

Rest in Peace, Steve Strange a true one off.