SXSW takes place once again in Austin, Texas in mere days.  From the 17th March – 22nd March you can check out the incredible variety of artists performing this year.  God Is In The TV’s Editor Bill Cummings and New Music Editor Toni Spencer choose a few of their top tips of bands and artists to see. 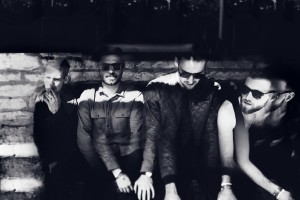 Glasgow quartet Holy Esque craft bold, heart on the sleeve epics that spiral somewhere between the new wave grandeur of early Simple Minds and the tuneful synth sweeps and rasping vocal emoting of Future Islands. But these comparisons are limiting, because Holy Esque possess ‘it’ a futuristic sound that surfs and inverts rock and electro cliches all riven with Pat Hynes’s immensely distinctive, vibrato vocals. Defying mere genre tags and attempts to pigeonhole: it’s the throbbing heart of Holy Esque’s sound that peers off the precipice to the future that marks them out as an exciting and literally unstoppable force!  Debuting in 2012 with an EP of astounding quality they followed up with the addictive rush of the colossal ‘Silences’ and the insistent twitch of follow-up ‘Sovereign’ from early this year. Alongside festival appearances at SXSW, The Great Escape, Glastonbury, Grape, Rock For People, Berlin Music Week and CMJ, Holy Esque were also selected to tour alongside the likes of The Raveonettes, Haim and Augustines: supporting the likes of Wu Lyf, Peace, Money and Big Deal. 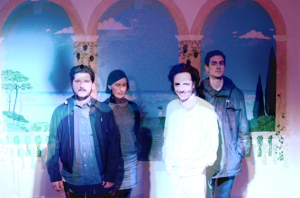 Melbourne’s Twerps don’t just have a great name but a brilliant sound. Their second album Range Anxiety possesses a raw playfulness that’s refreshing, tuneful and vividly depicts why they have hit on such a rich seam of musicality. The call-response melodies of The Go-Betweens and illusions to the work of Flying Nun and the dexterous melodies and shifting rhythms of Pavement, aren’t hard to spot on the sunshine blast of ‘Strangers’ or the languidly woven ‘I Don’t Mind’. But there’s a freedom of creativity at the heart of these songs enlivened with instrumental trinkets and infused with twisted narrative and vocal sparring between all four members concerning subjects as disparate as Bank Heists, failing relationships and obsession. These are the elements that mark out Twerps as something rather special. 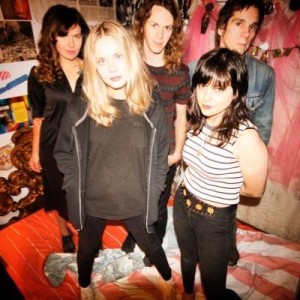 Four piece Girl biker gang Death Valley Girls emerged last year with their debut album Sweet Venom replete with galloping drums, serrating guitar riffs and howling vox, in truth any of the songs on the longer player could have existed over forty years ago too. An adrenaline fuelled sound where dirty garage blues clashes with the memories of Joan Jett. But when they’re performed with this much attitude, conviction, ferocity it’s futile to resist their charms or the urge to boogie! Led by self-styled leader of the pack Bonnie Bloomgarden whose whip-smart vocals are equal parts alluring and equal parts vicious, and powered by Laura Kelsey (formerly of surf/garage girls The Flytraps) thudding drums. Don’t let anyone tell you that girls can’t rock, for the Death Valley Girls are the living, breathing proof of how ridiculous that idea is. I suggest you watch them in a small sweaty venue, where you can see the whites of their eyes close up, prepare to be blown away. 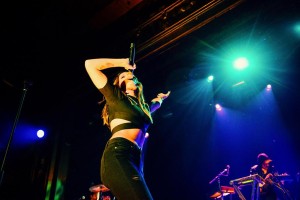 Tove Lo (pronounced Too-veh Loo), from Stockholm, Sweden makes catchy electro-pop with sugary-sweet vocals – what she calls Dirrrty Pop. Perhaps it’s an ode to Christina Aguilera‘s pop hit ‘Dirrty’ (which, between you and me, still sounds amazing) but the lady herself explains that it’s to do with things being raw and unfiltered, as well as meaning what you sing. Tove is certainly not your average pop star. She sounds just like Miley Cyrus (and who doesn’t love Miley, even if they won’t admit it?) with a hint of Selena Gomez, Robyn and just a touch of Katy Perry about her, but without the I’m A Good Girl vibe you’d expect. In fact, Tove is almost the exact opposite, openly admitting to sometimes getting drunk and doing something stupid, and singing songs with a darker side to them. And you simply can’t ignore the sexual nature of her most recent single ‘Talking Body.’ No, Tove is definitely not your run-of-the-mill pop star but that’s what makes her so fascinating.

Tove Lo will be appearing at Island Life Showcase on March 19th at The Belmont. 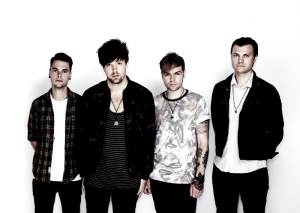 Think of a band along the lines of a UK equivalent of Fall Out Boy and Panic! At The Disco or a louder, much more ballsy All Time Low and you’ll have something akin to Blitz Kids. And pretty much everybody loves them, with raving reviews from the likes of Kerrang! and Rocksound. They even covered a One Direction track, which gives them Awesome Points in my book. How many bands can you think of that would dare do something like that? Not many, I’d bet. Blitz Kids sound like they’d be fun to check out in a live setting, and you can do exactly that if you’re off to SXSW! 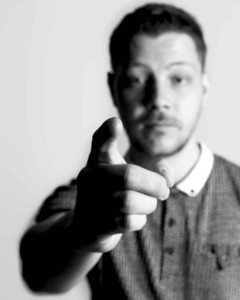 Scotland’s own Hector Bizerk will be bringing their alternative hip-hop sound with its politically aware and socially conscious lyrics intertwined with stunning poetry. And there are pretty sweet reimaginings of The Libertines and Arctic Monkeys somewhere… Plus they’re pretty darn awesome live! Hector Bizerk certainly know how to get a party started! Their drummer, Audrey Tait, is one unbelievably talented lady and was in the final 10 of the global Hit Like A Girl competition last year. The equally talented emcee, Louie, is among the panel of judges for T In The Park’s T Break Stage this year, which is in its 20th year of showcasing some of the best unsigned talent there is. Hector Bizerk are set to release their third album later this year.