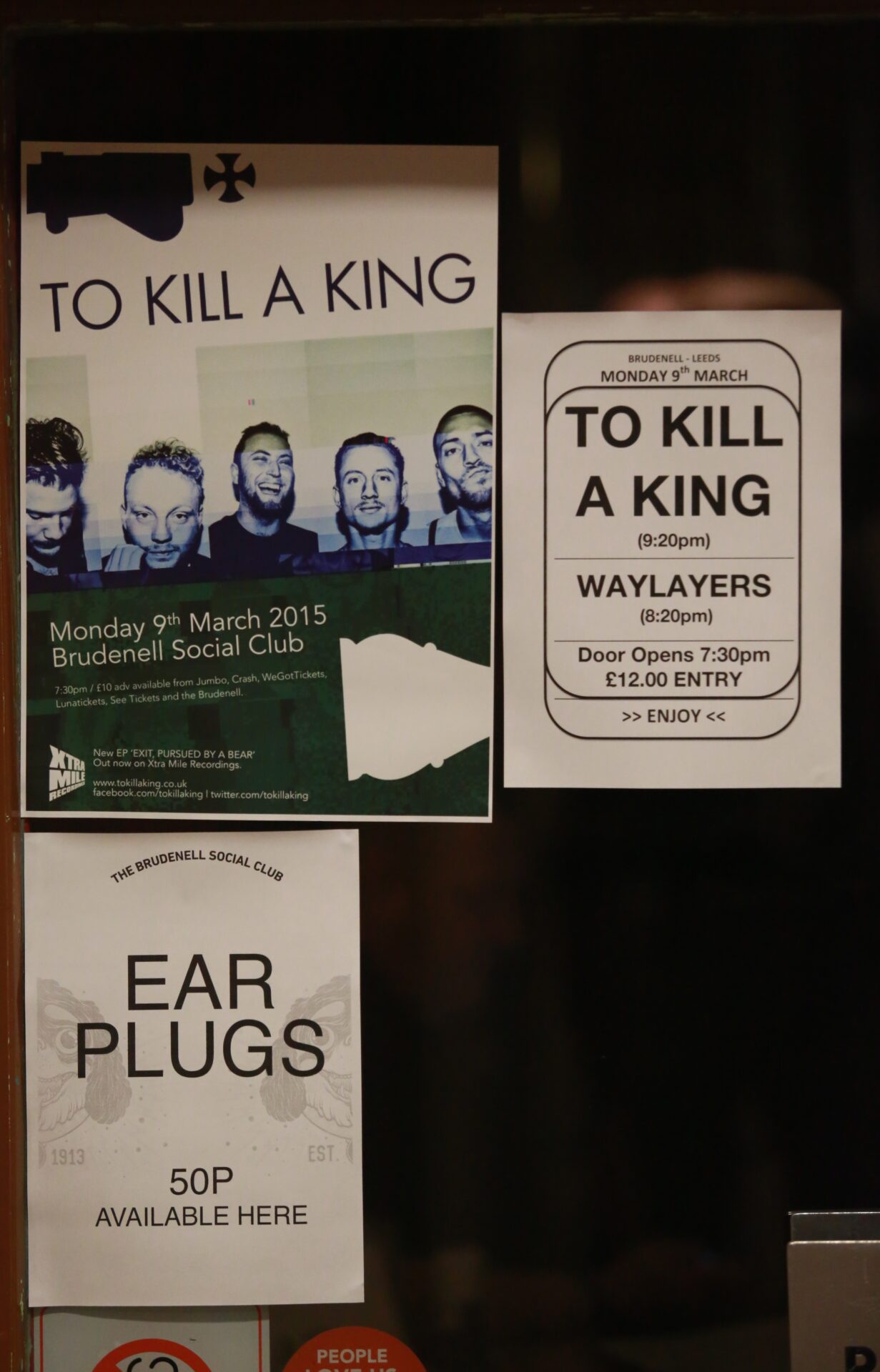 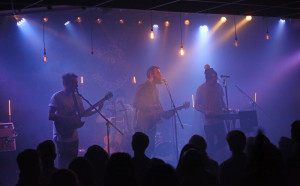 Monday the 9th of March 2015 will go down as a very special day in the life of To Kill A King. Earlier in the evening Annie Mac gives the band’s single ‘Love Is Not Control’ a spin on her brand new prime-time evening slot on Radio 1; later on tonight it will be the turn of Huw Stephens on the self same station to introduce the London-based five-piece for this week’s Maida Vale Studios’ session. And in between times, To Kill A King get to play one of their favourite live music venues, the ever wonderful Brudenell Social Club in Leeds. 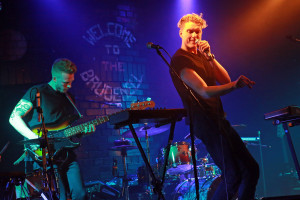 album, To Kill A King are more than ably supported on this jaunt by Waylayers. With a forthcoming new record of their own to promote – ‘R E : V E R S E’ – the east London quartet put in a tremendous shift with a set that is replete with sleek, sinewy 80’s synth-pop lines, an innate soulful heart and singer Harry Lee’s commanding stage presence. Current single ‘Sleepwalking’ promises much for the new record.

To Kill A King open up with ‘Grace At A Party’, the first of ten songs they will play from their new album (the record’s closer ‘Today’ is the only one not to be featured this evening). It is a song that embodies many of To Kill A King’s central characteristics; an unerring ability to marry melody with an arms-aloft, rousing chorus and a clear desire to do so with a huge big smile writ large on its collective face. 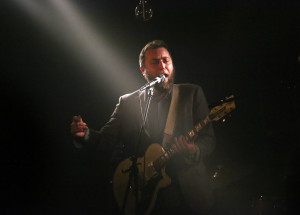 Much of To Kill A King’s charm and appeal can be linked to their charismatic frontman Ralph Pelleymounter. He is the epitome of good will, bonhomie and undeniable cheer – he seems genuinely pleased just to be here – and possesses a voice that is every bit as rich, warm, expansive and vibrant as his personality.

Yet for all that Pelleymounter is the band’s focal point his wider impact would surely be lessened without his four cohorts Peter Hakola (bass), Josh Taffel (drums), Grant McNeill (electric guitar) and Ben Jackson (synth and keys) by his side. They bring light, shade and no end of beautiful harmonies to ‘The Chancer’; additional muscle to the anthemic ‘Compare Scars’; and spirit, soul and a real sense of urgency to the concluding ‘Oh My Love’.

There is still time, though, for Pelleymounter to return for a solo offering of the title song from To Kill A King’s debut album – the melancholic folk of ‘Cannibals With Cutlery’ – before the whole band reconvene for a glorious blast of the very song that had set them out on their unforgettable evening, ‘Love Is Not Control’.

The tour continues in March: