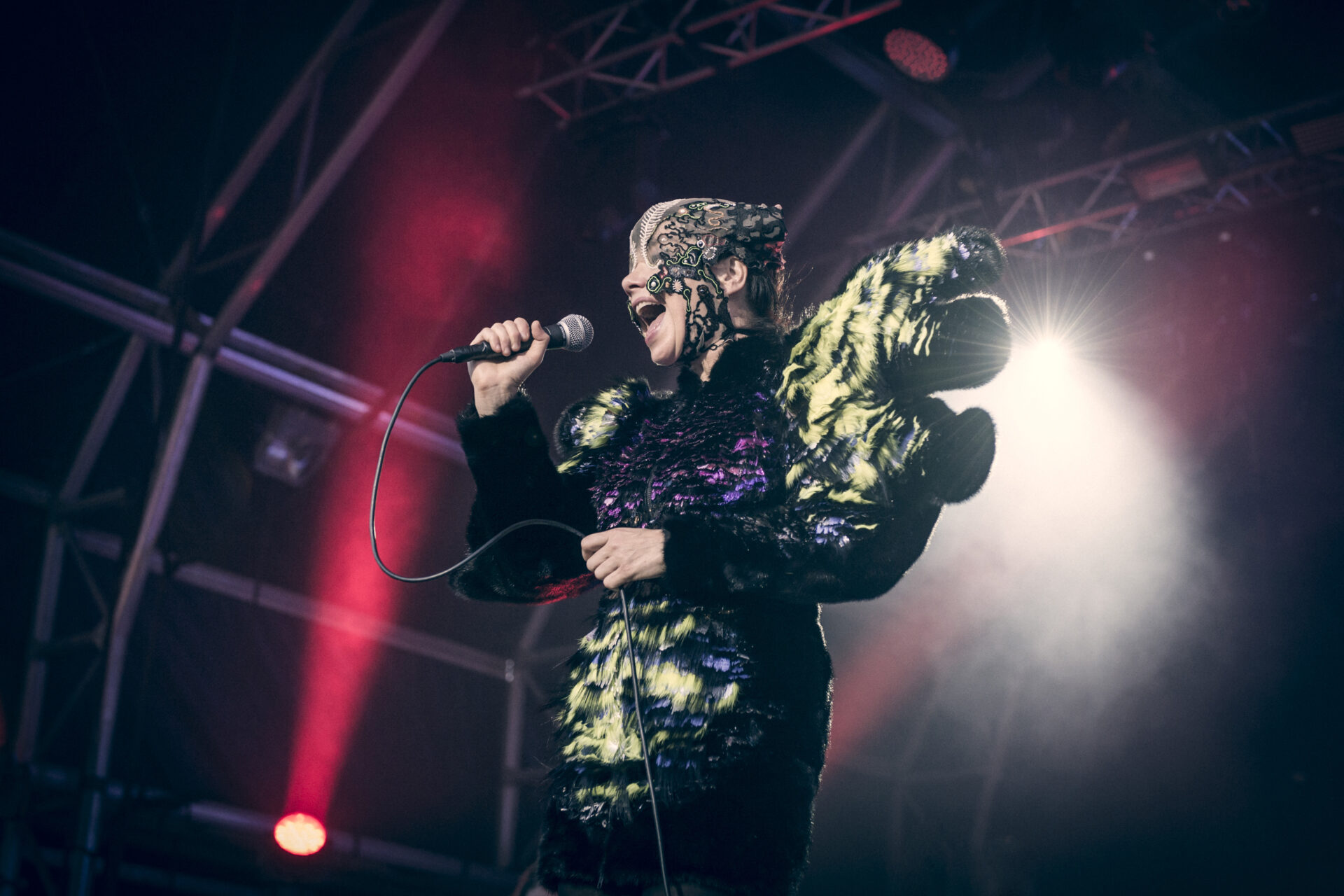 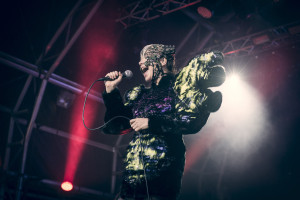 Even on a Sunday, Manchester doesn’t seem to stop, with trains and trams rolling by overhead, and people coming and going constantly. The weather hasn’t even the slightest clue about what to do with itself; sunshine, almost biblical torrential rain followed by yet more sunshine. After being pelted with rain, I find a bar where I can warm up, dry off and allow myself to get suitably excited about the prospect of being in the proximity of Bjork.

Entering the arena, I almost immediately encounter the obligatory beer tent and vans selling overpriced range of fried foods.  To my right, the turquoise-coloured toilets, and a little further on, a massive stage stocked with many chairs.  This surely equals an orchestra, right?  Suddenly the excitement of my Bjork Day increases considerably.  In fact, a number of very happy people, all decked out in a variety of outfits ranging from the sparkle of a thousand sequins, full-on goth and your average jeans and t-shirts, all wishing each other a Happy Bjork Day and toasting the occasion with plastic tumblers of Fosters.

Setting the scene and warming up the crowd are the brilliant electronic genius Arca and artist/filmmaker Jesse Kanda.  Opening on what sounds like a series of scrapes and scratches causes some in the audience to exchange mildly confused looks, but as the video on the massive screen is unfolding it becomes increasingly obvious that the images match the sound. And at least for a while it’s fascinating: a car wash; warped, sexless, humanoid figures shifting in sexuality suggestive ways. Every now and again, Arca steps away, moving along with the video images or vocalising something utterly unintelligible over his music. Certainly an interesting experience. 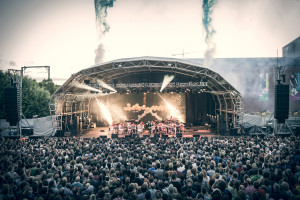 And then, finally…Dressed all in white, the twenty-or-so piece string section – along with a drummer and a guy with a laptop – take their seats as we wait with baited breath for Bjork herself to appear.  As expected, the multitudes below go a little wild when she does make an appearance, dressed in a furry, luminous butterfly-cross-bird outfit.  With the majority of the set consisting of her recent ninth studio album Vulnicura, with a few choice additions from some of her previous LPs,  there was no way Bjork could fail to amaze. 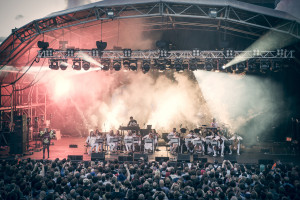 A little way into Bjork’s fascinating and stunning performance I wonder how I never even considered the fact that Lady Gaga has been blatantly attempting mimicking Bjork’s penchant for fashion choices.  On reflection, Lady Gaga has been equally ridiculed and congratulated for her “creativity”, whereas Bjork has received nothing but praise. The difference between them is that while Lady Gaga seems to revel in being called a weirdo – the nastier it gets, the more she gets off on it; Bjork, on the other hand, doesn’t seem to react at all – it’s just what she does, like it or lump it.  She really is one in a million – nobody can match her and, quite frankly, she can do whatever she bloody well pleases. 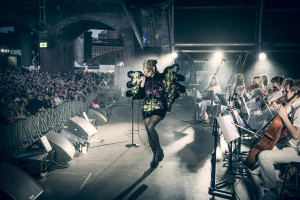 Between verses and choruses, she skips about the stage in her butterfly suit, whipping the crowd into a frenzy with nary a flick of the wrist and a flutter of the hands.  This crowd belongs entirely to her and she is, quite frankly, owning it. Unexpectedly, and fairly early on in her performance, fireworks shoot across the stage in bright red and gold, and the crowd oohs and aahs accordingly.  Even the sky momentarily turns green and red as fireworks and coloured smoke shoot from the very top of the dome above the stage.  Then again, Bjork has never been one for doing things by halves.  Between songs she thanks the crowd below for their support and their enthusiasm, uttering a single thank-you in a small, child-like voice. She gains confidence later to thank a whole bunch of people, and expressing what can only be described as ever-increasing excitement. 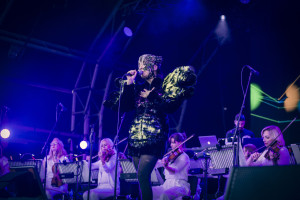 As the performance progresses, so does the imagery on the large screen.  No longer featuring Bjork herself, instead there’s a series of images of insects and later computer generated graphics but, as before, each note and every beat is interpreted and given pictorial representation – a swirl of colour; a tiny movement of an insect leg.  The focus is almost entirely on Bjork, but there’s potential here for the string section alone to swallow her up.  Thankfully, and perhaps expectedly, Bjork isn’t lost in any of it.  And let’s face it – could you get lost while dressed as a butterfly bird? All around is a sea of smiling faces and people dancing in the little space they can find, and it is magical to see it all unfold.  One thing’s for sure, nobody present will be forgetting any of this any time soon.