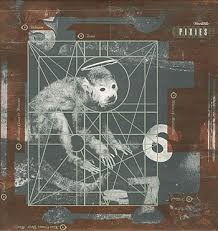 The release of Pixies second album ‘Doolittle’ in 1989 is often cited as the birth of alternative rock music. As well as the obvious comparisons to Nirvana‘s grungy distortion, it’s easy to see the vast influence the album has had on almost every corner of modern indie music. If we had never heard Frank Black’s grizzled barks about ‘slicing up eyeballs’ on Debaser, then Radiohead‘s twisted imagery may never have come to fruition, and the pairing of Kim Deal’s breathy, ethereal vocals with hazy walls of distortion has been mimicked by modern day bands as far off as Crystal Castles.

Musically, the album is relatively simple, and it is the band’s delivery that makes it so incredible. ‘Tame’ is based around three simple bass chords, but is transformed into something truly epic by the transition from the snarled whispers of the verses to the gut wrenching screams that drench the choruses. What truly makes Doolittle so distinctive however is the pairing of the macabre with the sickly sweet. ‘Wave of Mutilation’ is a straightforward pop song about, in Frank Black’s own words, “Japanese businessmen doing murder-suicides with their families because they’d failed in business/ and they’re driving off a pier into the ocean.” And every furious wail and discordant guitar riff on the album is juxtaposed with a jangly melody, or Kim deal’s gentle voice, creating a vast melting pot of sounds that somehow works.