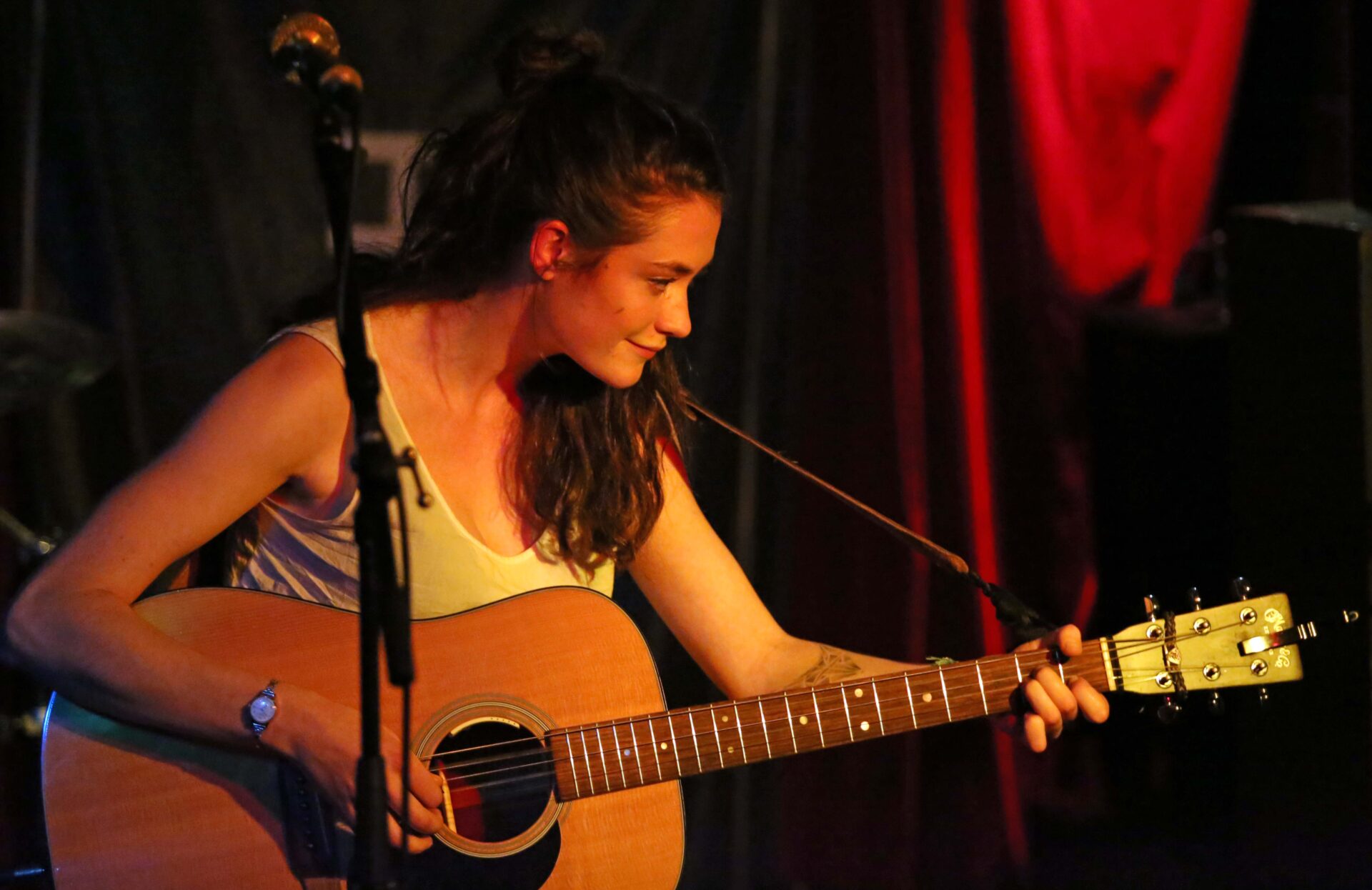 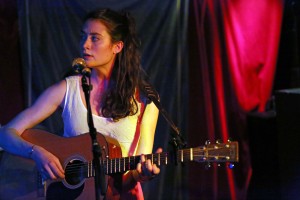 When history finally affords us such a perspective it may well transpire that 2015 was the year in which Rachel Sermanni came of artistic age. The 23-year-old musician from the Highlands of Scotland had already garnered a lot of critical acclaim with her debut album Under Mountains. Released three years ago, it is a record born of the grand folk tradition and one that introduced to the wider world an artist of undeniable promise.

Rachel Sermanni’s second album Tied to The Moon – released a couple of months back – is a realisation of that potential. While its feet still remain planted in that folk heritage, the rest of Tied To The Moon‘s body embraces something that is much deeper, darker and infinitely more developed.

Alongside Tom Terrell on guitar and drums – the Canadian roots musician with whom she has previously collaborated – and Jen Austin on keys, Rachel Sermanni is in town in celebration of Tied to The Moon. Brought here by the redoubtable tour mobile Phoebe The Lemon, by way of Holland, Germany and Ireland, the trio – in various combinations over a set that stretches to a dozen songs – proceed to produce a performance that is nothing short of spellbinding.

Rachel Sermanni opens and closes the set stood alone on the small, dimly lit Basement stage. She starts with ‘In The Hollow’ taken from her 2011 debut EP, The Bothy Sessions. That she has to temporarily halt the song when finding herself in the wrong guitar tuning and then quickly recovers, barely missing a beat, says much about her confidence and skill as a performer. Even during this very first song it is clear that her self-assurance and all round artistic presence have developed considerably since I last saw her in November 2014 in Leeds’ Holy Trinity Church as part of the inaugural High & Lonesome festival. 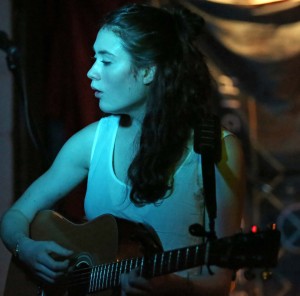 and quite beautiful encore. In between those magnificent bookends, she, Tom and Jen take us on a mesmeric journey across her more recent past. Before ‘Tractor’, Sermanni speaks of the song’s genesis and the time she spent alone, holed up in an apartment in rural Nova Scotia in March of last year.

This sense of splendid isolation imbues many of the songs that Rachel Sermanni performs from Tied to The Moon tonight. They are reflective, resilient and run not a little wild when contrasted with the more measured material of her debut record. The far greater range she has acquired in her songwriting is firmly evidenced between the parameters of the muscular ‘Wine Sweet Wine’ – a tune firmly propelled along its path by Terrell’s strident drumming – and the more gentle meditation of ‘Banks Are Broken’.

On the glorious ‘This Love’, Sermanni’s voice soars against the stirring backdrop of Terrell’s thundering tattoo yet it is on the earlier song ‘The Fog’ where her singing really comes into its own. As if unhitched from a temporary mooring, her voice sets sail across previously uncharted waters; building up into an almighty roar it reaches a pitch of such great feeling and ferocity that it is in this one single moment you can experience her shift from creative nascence to full artistic realisation.