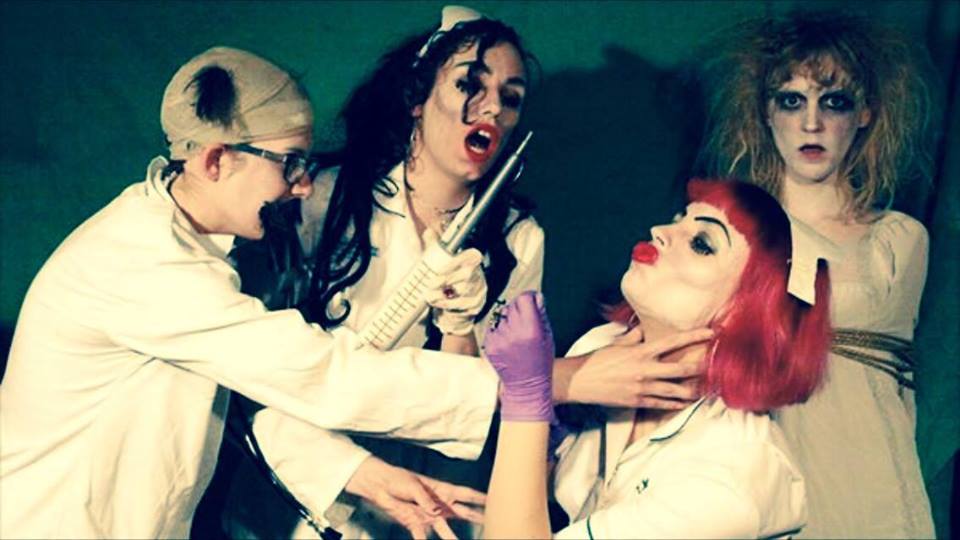 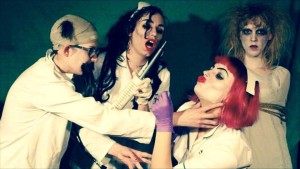 Right in time for Hallowe’en, Manchester riot grrl art-rock-horror band ILL have just released their latest single ‘ILL Song’. It’s a song that conjures up your worst medical nightmares, soundtracked by a B-Movie horror score. Menacing synths, warped creaks and sounds that are the electronic equivalent of being sucked down a plug hole interwoven with raw drumming and guitars, underpinning some unhinged sounding vocal duets. “Putting a stress on the NHS,” they sing sarcastically. ILL are never less than political and the NHS is a pressing issue in the UK right now.
There’s a crazed, hypnotic element to the rolling chorus. It’s like being trapped inside a ghost train at the fair with a bunch of psychotic nurses. Guitars ricocheting across the soundscape like electronic bow wow-ing dogs until they fade out at the song’s end. A bit more challenging a listen than a typical pop song, but all the more satisfying for it. The perfect soundtrack to your Halloween party. Fresh off tour supporting riot grrrl goths Jack Off Jill, ILL are about to celebrate Hallowe’en, not only with a new single but with another prominent support slot- this time with legendary NYC performance artist (and Courtney Love’s spiritual ancestor,) Lydia Lunch.
ILL play Lydia Lunch’s Hallowe’en Seance at Manchester’s Islington Mill 31st October.