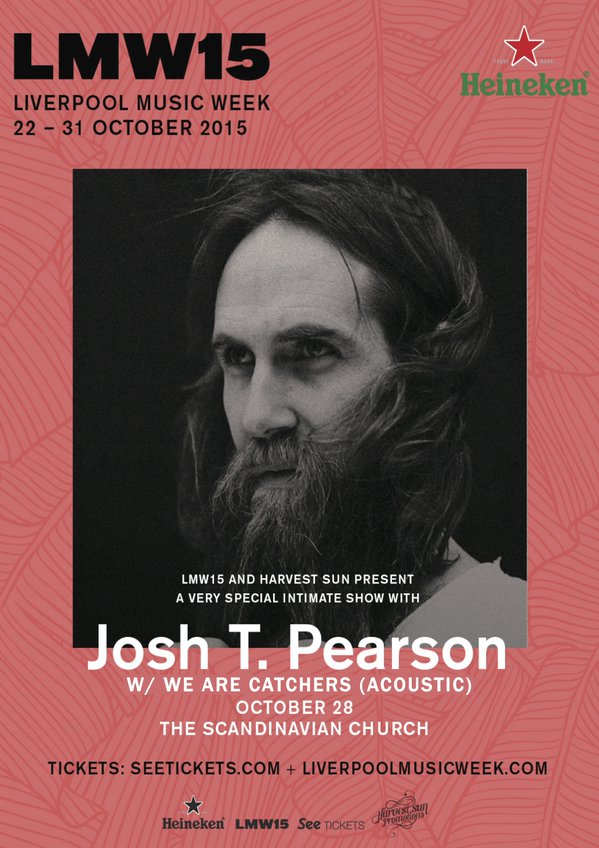 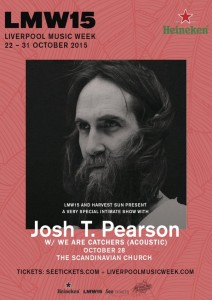 It’s been a while since Josh T. Pearson has graced our shores. A fact that he immediately acknowledges as he takes the stage of the beautiful, condensed and skyward-rolling Scandinavian Seaman’s Church in Liverpool. “I’ve been laying low for a while. Getting a haircut. Getting married. Embracing the light rather than the darkness for a change”.

And indeed, this is apparent from the outset. However, for anyone who fell in love with his spellbinding – yet devastatingly wounded – 2011 record Last of the Country Gentlemen this may come as something of a surprise. For so much of the tour around that record you saw a man baring his heart with every syllable and scratching every corner of his soul with every guitar stroke; the smutty jokes and one-liners seemingly only being present to alleviate the majestic darkness of the songs in question. And at times, you worried for him. Or at least I did and often.

Tonight is different. As alluded, Josh is (relatively) groomed with neatly trimmed hair, emphasising the softness of his features rather than his previous Biblical statuesque presence; there is a lightness and joy to his presence – his smiles seem more genuine, his banter more relaxed and open. Similarly, half of tonight’s set is devoted to traditional gospel songs sung in utterly glorious harmony with his playing partner as The Two Witnesses. Within these tracks, the true soaring nature of Josh’s voice becomes apparent – cascading up above to fill the church with a genuine sense of joy and wonder. You begin to feel the light creep in, the warmth filter through the cold. The jokes remain (including a wonderful passage about having a dream about rubbing his playing partner’s neck while asleep; a story he then ekes out by theatrically stroking his neck during the following ‘I Will Follow Him’) but there’s a genuine joy to these moments. This seems a man more at ease with himself and his world. The sheer wonder of his voice and the harmonies seem to brighten the page with every passing moment.

Of course, when he gets out on his own and returns to that stunning debut album, the tracks from Last of the Country Gentlemen still sound magnificent. ‘Sweetheart, I Ain’t Your Christ’ tumbles and tosses with John Donne-like secular/religious paradox. ‘Sorry With a Song’ fizzes and crackles with its tumultuous undercurrent of scalding self-distain, and ‘Country Dumb’ aches with sweeping poignancy.

Tonight there’s a sense that this is an entirely new chapter for Josh. Gone is the fear of the man behind the music. Here is the joy of seeing a genuine marvel of voice and song delivering timeless music – both his own and those carrying a century of heritage. Tonight is rough, raw and random. But it is also entirely entrancing and beautiful to behold. There’s the lingering feeling that his The Two Witnesses project is a stopgap until more songs (and a second album) arrive; but if any stopgap sounds as thrilling, joyous and emotionally stirring as tonight, it will be worth a thousand standard second albums. Welcome back, Josh. It’s good to see you again. And even better to see you so good.