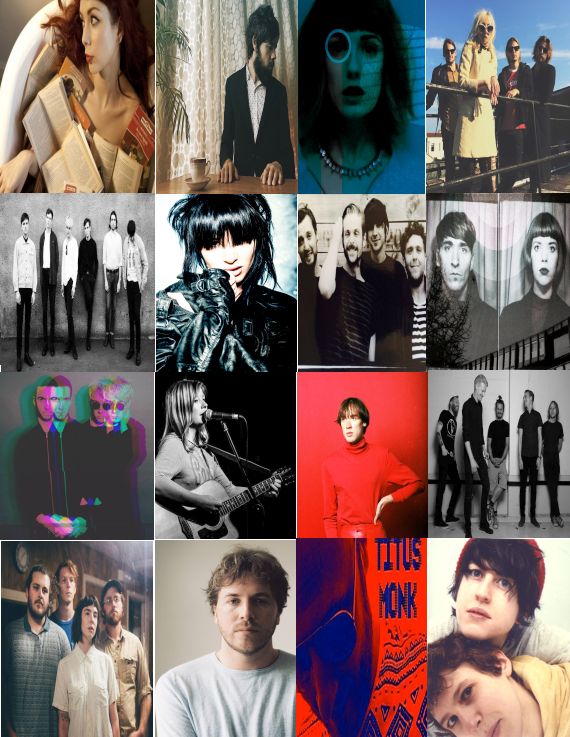 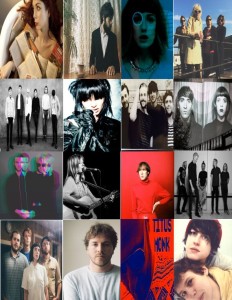 I think we’d all agree that 2015 was a pretty darn good year for new music.  We’ve already taken a closer look at some of our top albums for this year, but now we’re looking forward to the year ahead, and there some great things to come.  We’ve picked our top 16 (see what we did there?) for 2016.  There’s quite a wide range of genres – which just goes to show how diverse GIITTV can be.  This list is by no means exhaustive; no doubt there’ll be some surprises – as there always is – to come next year, and many didn’t make the final cut.  Don’t worry, we’ll get around to them at some point, too.  However, we’re predicting an exciting year ahead for these chosen few, with debut albums, tours and festivals over the next 12 months and beyond.

THE ANCHORESS:
The Anchoress – Welsh-born, London-based multi-instrumentalist and songwriter Catherine Anne Davies – creates gorgeous pop sounds (with the assistance of ex-Mansun frontman Paul Draper) with added soul and substance.  Her debut album Confessions Of A Romance Novelist – due in January 2016 – is one of our most anticipated albums for the coming year.

ANDREW WASYLYK:
Andrew Wasylyk, the stage-name of Andrew Mitchell, is a man with fingers in many musical pies.  Wasylyk ended 2015 in glittering style with the release of Soroky; startlingly beautiful melodies tinged with classic Hollywood glamour.  2016 looks set to produce much of the same, if not more.

ANI GLASS:
An artist, photographer and musician from Cardiff, Ani Glass has carved herself a niche with her brand of ‘Pop Cymraeg’.  The brilliant ‘Little Things’ is an excellent slice of pop, switching from spoken Welsh into exultant, infatuated choruses, synths and shuddering electro percussion, hinting at why Ani Glass is another Welsh artist with crossover potential.


BLACK HONEY:
It’s been a busy year for Brighton four-piece Black Honey, with multiple festival appearances (including a triumphant Reading Festival show), they show no signs of slowing down. Armed with an impressive clutch of singles, Black Honey are playing things close to their chest as to when we can expect their debut long-player. Let’s hope the wait isn’t too long.

CHAIN OF FLOWERS:
Cardiff navel-gazers Chain of Flowers pummel those glistening leads under dense, rushing feedback and layers of shoegaze aesthetics. The end result is something as aggressive as early Joy Division and PiL, but with all the anger you’d expect from Iceage, and a surprising gothic romance found in Swedish pop-metal titans HIM.

FABLE:
Her debut album is due to drop early 2016 and we can’t wait to get our hands on it.  Brilliant pop tunes that beg to be danced to, laced with a touch or two of attitude and a voice that belies her years, Fable is truly a delight to hear.

HEROICS:
London-based four-piece Heroics are an interesting bunch.  Comprised of members from other bands – the list is, quite frankly, longer than both of my arms, probably – altogether making a sound unlike any of them.  It’s hard to pinpoint their sound, but whatever it is, it’s pretty darn good.

JUPITER-C:
Drawing on 70s Italo-disco and 90s shoegaze, the resulting sound is a cross between Curve and Chromatics, but with a sense of urban dystopia replacing the kitschy noir.  The JG Ballard references and on-trend influences suggest hipster credibility, but if the material previewed at recent shows is any indication, they have the potential to be cult favourites.

LUSTS:
If you were ever curious to find out what a supergroup made up of New Order and Echo & the Bunnymen would be like, you’re in the right place. Their debut album Illuminations, released in October is bursting with soaring electronica, fuzzy guitars and detached melancholic vocals. With numerous festival appearances lined up for 2016, there really is no excuse.


MARTHA FFION:
Irish-born Glasgow based Martha Ffion has been vividly depicting why she will be an artist to conjure with this coming year.  Ffion might be crafting glistening classical nuggets sewn with heartbreak and her clever lyricism that’s in the slipstream of the likes of Cate Le Bon, Sharon Van Etten and Courtney Barnett, they retain at their beating heart the individuality of a memorable artist.

MEILYR JONES:
Race Horses‘ much-lamented demise in early 2013 unchained a series of events that took their frontman Meilyr Jones to Italy where he found new inspiration and a new creative direction.  His first solo LP, 2013, is a chronicle of that year.  Smart, unique, witty, startlingly sincere and utterly devoid of any form of earnest pretentiousness.


MORE DANGEROUS ANIMAL:
When rock band Brigade announced that they were taking a wee break, some of us panicked (even just a little) at what might happen next.  Fast-forward a few years and we get More Dangerous Animal – braver, bolder and riskier than Brigade ever were.

MOTHERS:
Mothers are set for a big year, their debut album ‘When You Walk A Long Distance You Are Tired’ is expected early 2016.  At the heart of them is the piercing vocals and guitars of Kristine Leschper; her exquisite songs wrestle with the human condition across the eight tracks of a fantastically addictive and diverse album consisting of expertly pieced together shifting fragments of folk, driving Americana and waltzing math rock.


PADDY HANNA:
Grand Pocket Orchestra frontman Paddy Hanna has been crafted a reputation for himself on the Emerald Isle for the last few years. With a knack for hooky, sophisticated songwriting that bears comparisons. Recent single ‘Underprotected’ is a nagging soulful rush, that shows the chops of the likes of Richard Hawley clashing with the addictiveness of Future Islands’ vocalist. His album, slated for 2016, next year could be his for the taking.

TITUS MONK:
Titus Monk (aka Adam J. Qüæck) is North Wales’ ever-morphing musical maverick crafting the kind of widescreen genre-hopping sound collages that are dappled with fragments of electronica, jazz and blues that could quite easily soundtrack a Blaxploitation remake or a Hollywood Blockbuster.  Having just signed to Cian Carian’s (Super Furry Animals) Cardiff label Strangetown, he is set to unleash more of his herculean musical explorations on an unsuspecting public in 2016.


TUFF LOVE:
Tuff Love are going places.  The Glasgow-based duo are destined to travel even further into the public consciousness come January with the release of the debut album, Resort.  A compilation of their three EPs, it is the most fuzzy and warm guitar pop around today.

And a handy playlist: