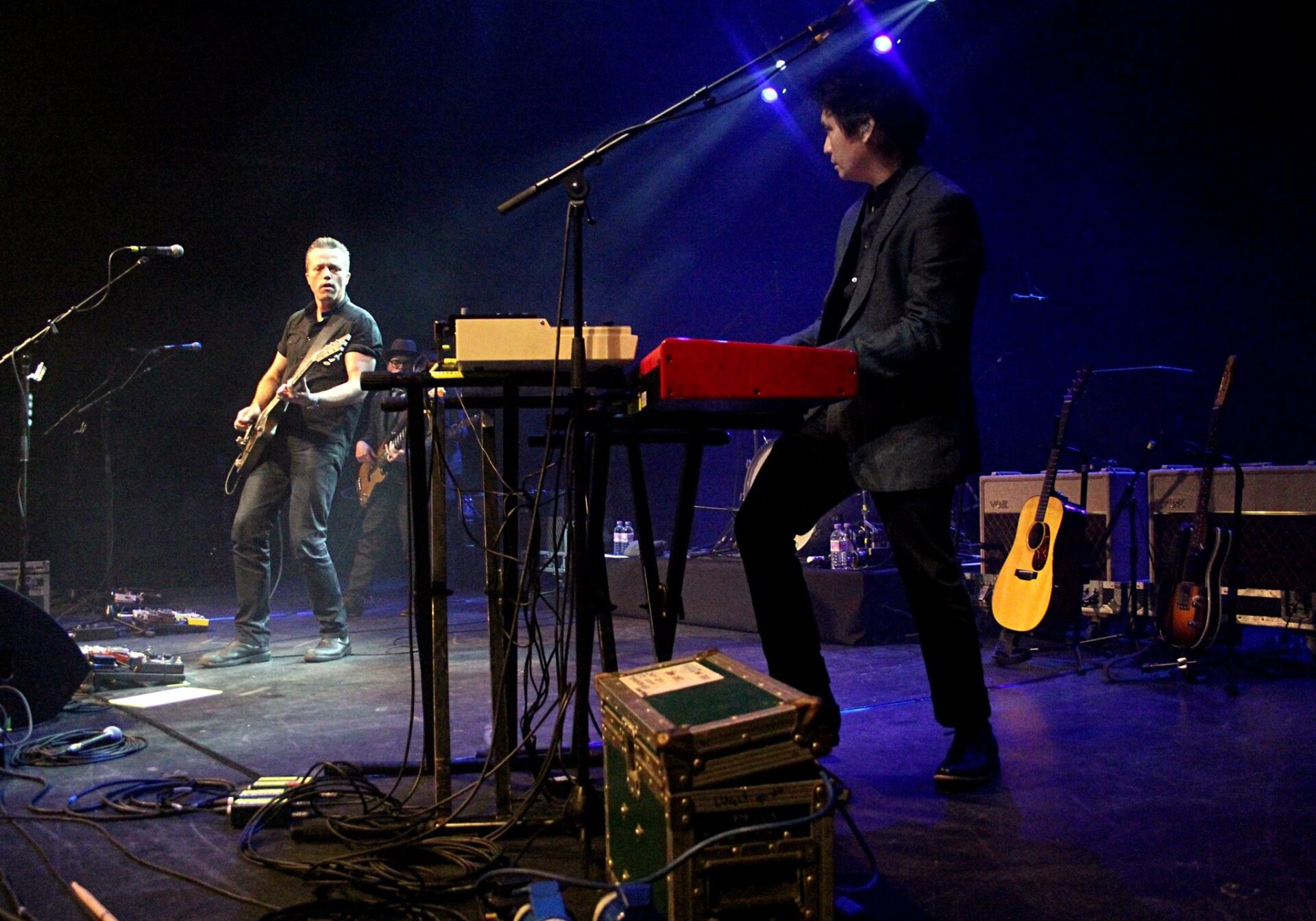 Had you asked me, on Friday morning, who the greatest songwriter since the turn of the millennium was, I would have said “Probably Jason Isbell.” If you asked me again after his show at the O2, my answer would merely be “Jason Isbell”.

Formerly the Town & Country Club, London’s O2 Forum in Kentish Town is a lovely art deco style venue that seems to get the best out of the many illustrious artists who perform there. To get SUCH a rapturous reception as Isbell did, though, from an audience packed to the rafters is no mean feat. It seems that the world has finally cottoned on, and it’s about time too.

Providing support tonight was that big guy with the giant voice, John Moreland. Quite often, if you see someone wander onstage, alone, with nothing but an acoustic guitar, you think “Oh, Hell no.” Not the case with Moreland, though; his songs are so beautifully constructed and hold such depth that, had one of them sneaked on to, say, Nebraska, nobody would have batted an eyelid. Can’t afford to see Springsteen live? Screw it, go and see John Moreland instead. He will satisfy your every need and more because quite frankly his set was utterly mesmerising.

Isbell himself, in black sleeveless shirt and trousers, sported that fresh faced, just showered look of a man who has never been more comfortable both with himself and his audience. There is little doubt that this, first of all, is down to his recently established role as new, loving father to baby daughter Mercy Rose, and ultimately, to his wife and fellow performer Amanda Shires. ‘Cover Me Up‘ was written for and dedicated to Shires, and belted out with such an honest, heartfelt passion that it drew the strongest reaction of the evening from the crowd – an almost total standing ovation, no less, though this wouldn’t be the last time the crowd rose to their feet to show their appreciation.

It would be wrong, if not unforgivable, not to at least acknowledge the contributions of Isbell’s band The 400 Unit, as they have been the formidable Alabamian’s rock for the best part of 10 years now. This is clearly important to Jason, who makes sure every one of them is introduced and given the credit they so richly deserve for their part in his astronomical rise from raw rookie talent to a real heavyweight contender. Singled out for praise, in particular, was bassist Jimbo Hart, an immaculate player and, perhaps even more importantly, a longstanding friend who provided refuge for Jason when “I was kicked out of my home for the third time.”

The show itself was exquisite from start to finish, beginning with the dirty Southern groove of ‘Palmetto Rose‘ from his remarkable ‘Something More Than Free‘ album, and the night provided some real goosebump moments along the way – I don’t say this lightly, or just as a lazy metaphor, but his reading of the staggering ‘Decoration Day‘ from his Drive-By Truckers days, well, it made my hair, or what’s left of it, well and truly stand on end. Finishing with the incredible new album highpoint that is ‘Children Of Children‘, Isbell and his band eventually returned for an encore after what I would say was the most ecstatic crowd response I had seen at a show in many a year.