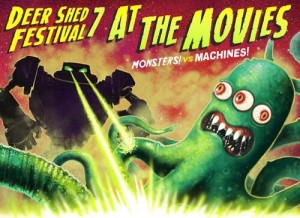 Come the fourth weekend in July, Deer Shed Festival will return to the glorious setting of Baldersby Park in North Yorkshire for the seventh consecutive year. In that time the family-friendly event’s capacity has increased to 10,000 people without ever losing its innate sense of warmth and intimacy.

And with this growth, so too has its musical reach expanded. This is very much reflected in the first wave of acts that have been announced to appear at this year’s festival. Two of the weekend’s headliners are Manchester’s prog-populists Everything Everything and folktronica pioneer Beth Orton, who will top the bill on Friday and Sunday respectively.

Giving the festival a truly international dimension is the bold and inventive Canadian musician Dan Mangan. He will be joined in Baldersby Park by the God Is In The TV favourites Meilyr Jones and Tuff Love (who last year joined Lost Map Records’ chief The Pictish Trail on The Lodge Stage for a set that still lingers long in the memory), alongside an impressive undercard that features, amongst many others, This Is The Kit, Sam Lee, Gwenno, Misty Miller and White.

The line-up thus far, alongside all of the other Deer Shed Festival 7 information, can be found HERE.