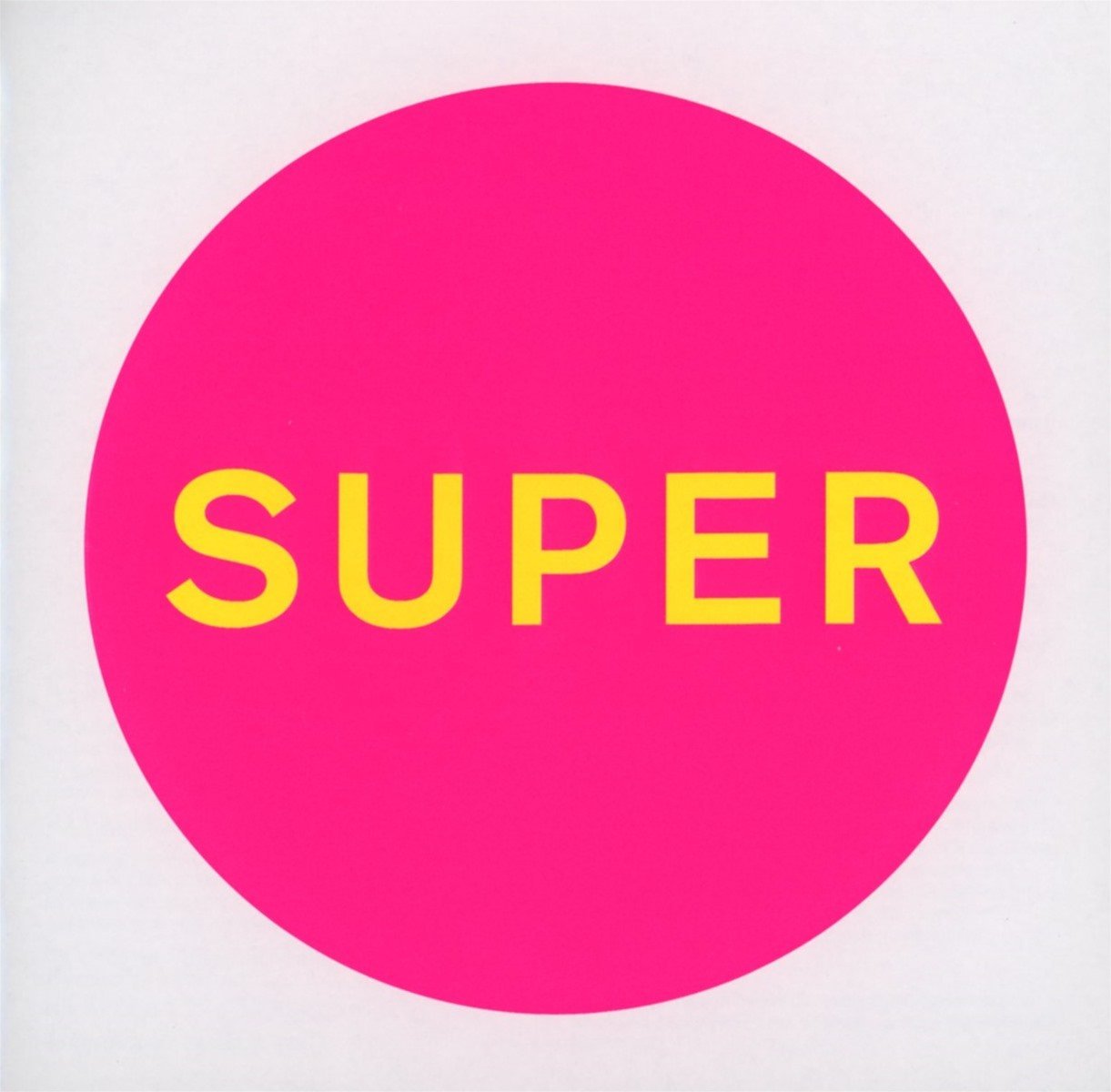 Pet Shop Boys‘ 2012 release, Elysium, was greeted with a muted reaction from critics and fans. Neil Tennant has since said he thinks people have an idea of what a Pet Shop Boys record should be and that wasn’t it. Elysium’s failure was down to them not sounding invested in their own material. When they followed it up with Electric eight months later, it was a relief to hear them sound vital again. It was their strongest record in 20 years.

Stuart Price was a natural fit as Electric’s producer – he brought back a sense of energy that Elysium lacked. He’s back for the confidently titled Super. Tennant has said every Pet Shop Boys record has been a reaction against the previous one. Super isn’t a reaction against Electric, as Price’s return means sonically they are similar records.

Lead single, ‘The Pop Kids’, contains all the elements that make Pet Shop Boys a unique band. Tennant is in reflective mode as he reminisces about his passion for music and his youth in the club scene. His tone recalls the wistful melancholy of their autumnal masterpiece, Behaviour. Tennant’s sombre tone is set against a 90s house piano for the chorus and his delivery of, “I loved you” provides an emotional touch. There’s a brilliant callback to ‘Can You Forgive Her’s lyrics, “she made fun of you because you danced to disco and you don’t like rock”, when Tennant sings, “we were young, but imagined we were so sophisticated, telling everyone we knew that rock was overrated”.

Super opens with the jubilant, ‘Happiness’ which shows that 30 years into their career, Pet Shop Boys still know how to surprise. A bouncing techno beat starts before giving way to an infectious country-tinged chorus. Tennant sings, “It’s a long way to happiness, a long way to go, but I’m gonna get there boy, the only way I know”, accompanied by honky-tonk piano. Its upbeat nature is a curious juxtaposition to the beautifully downbeat following song, ‘Pop Kids’.

The mixture of styles continues throughout Super. ‘Undertow’ echoes New Order and boasts one of Super’s most beautiful melodies. ‘Twenty-Something’ is the most accessible song here, with its colourful synths and hopping rhythm. The buzz single, ‘Inner Sanctum’, comes alive in the context of the album. The deep bassline and moody atmospherics are reminiscent of Electric’s Patrick Cowley-influenced opener, ‘Axis’. It has a climax that almost turns into Energy 52’s 90s dance anthem, ‘Cafe Del Mar’. ‘Burn’ has a Moroder like bassline and synths that could turn into Pet Shop Boys’ early B-side, ‘In The Night’.

‘The Dictator Decides’ provides Super’s most dramatic song, lyrically and musically. The keyboards and strings they use are reminiscent of late 70s disco, which is a common musical theme here. The lyrics are their most overtly political since 2006’s ‘I’m With Stupid’ with Tennant singing, “of course I’m in league with the army, it’s not like I’ve got any choice, they officially adore me, my father before me but gunpoint has its own voice”. Lowe uses a military sounds to emphasize the dark theme.

Pet Shop Boys have never had a problem showing their playful side, which is present on Super’s only weak songs. ‘Groovy’ would be suited as a B-side with its throwaway chorus and grating use of crowd noises. ‘Pazzo!’ is catchy but sounds like a demo that needed to be fleshed out.

Electric’s strengths were amplified by containing just nine songs, all of which felt essential. If they’d applied that same kind of editing to Super, it could be a truly great Pet Shop Boys record. As it is, Super is a very good record that’s as varied and inspired as they’ve ever been. For a band that sounded so tired in 2012, their continued rejuvenation is welcome.