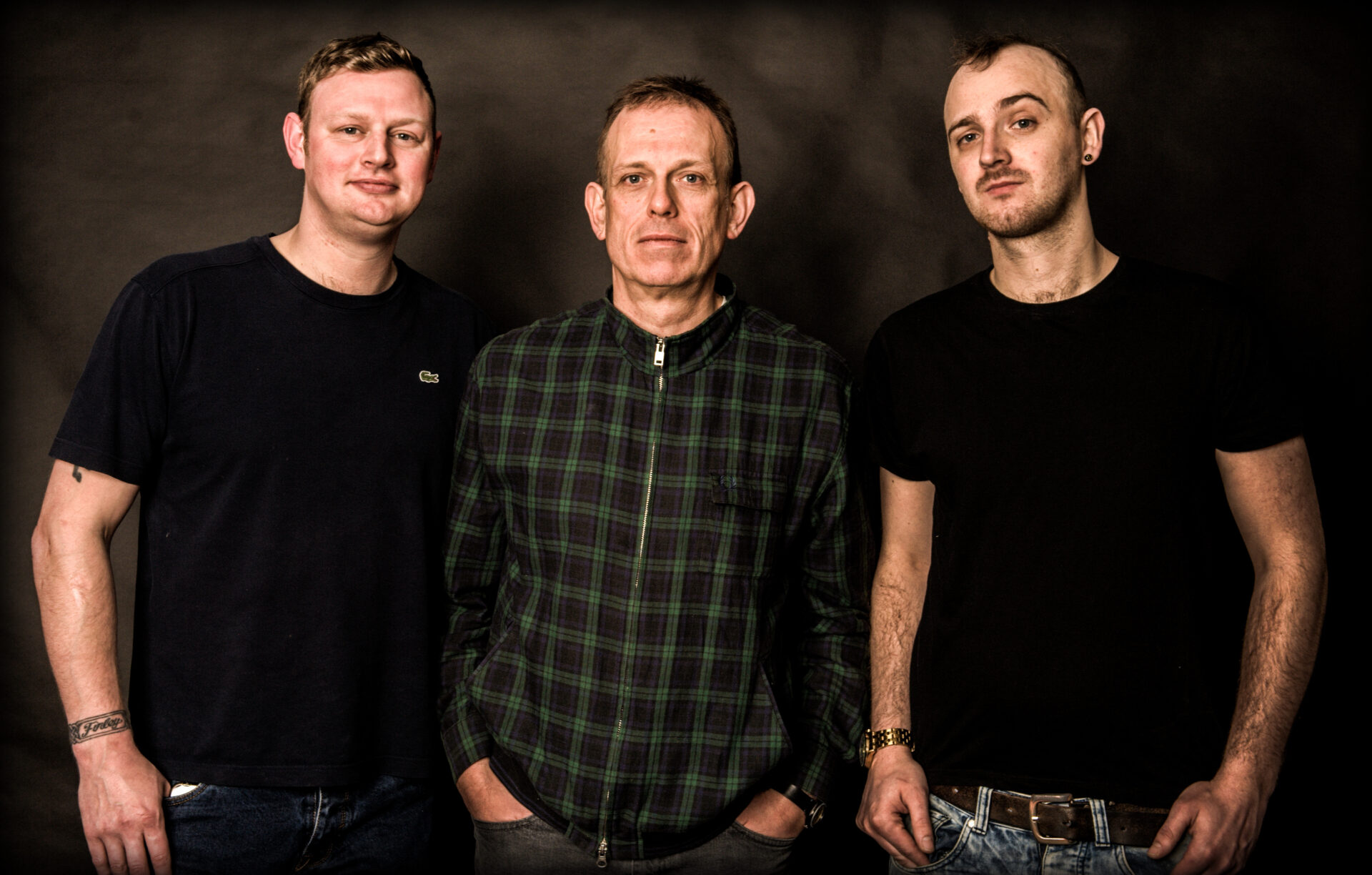 To many, Tom Hingley will be immediately recognisable as the former lead singer of the Inspiral Carpets but to those in the know, he is also the man behind an impressive, prodigious and consistent career since the band folded in 1995, with such impressive solo albums as 2000’s Keep Britain Untidy, 2009’s Thames Valley Delta Blues and also his work with Tom Hingley and the Lovers. Tom is now back – as
The Tom Hingley Band – with a new single ‘Beggar’s Hand’ which will be released for Record Store Day on the 16th April.

Additionally, Tom is donating all the proceeds in the North West to the charities Hopefest and Lifeshare in Liverpool and Manchester respectively – two charities doing wonderful work to help combat the shocking and distressing problem of homelessness significantly affecting people in both cities.

Ahead of the release of the single on Record Store Day, GIITTV caught up with Tom to discuss the record, future plans, the timeless joy of vinyl and what can be done to tackle the causes of homelessness in this day and age.

Hi Tom, good to have the chance to speak with you for GIITTV. How have you been?

Busy and thin. I’ve been on a diet and have lost three stone. I’m always in the gym these days.

Your new track ‘Beggar’s Hand’ is out as a special release for Record Store Day (April 16th). Can you tell us about how the track came about?

I used to do a radio show on Fab radio in Manchester city centre. I would travel into town on a Monday night and see hundreds of beggars there. I used to give them money and talk to them. That led to doing charity shows for Salford Foodbank , which in turn led me to writing a song about the homeless of Britain.

There’s a real anthemic sound to ‘Beggar’s Hand’ but it also manages to retain a real organic charm – you can hear the instruments coming right through the board at you. How difficult is it to avoid swamping a song like that with studio technology?

Thanks for the praise. You’d need to ask Gary Hadfield who produced it at Blueprint studios – he’s excellent! We were very disciplined in our approach. The song was originally six minutes long, so we edited three minutes out and tried to make it sound like a cross between The Stooges and New Order.

The B-Side ‘Toy’ is an entirely different proposition – a real garage-punk sound behind it?

Is there a full new album planned to follow on from these releases?

Yes, in 2017. We progress at a snail’s pace. This single was recorded in August 2014. I’ve spent the past two years persuading Ste and Malc out of the band not to play the EP tracks to anyone and not to post any of the music on the internet anywhere. They are smart people but we are trying to do something wholly different from your regular unsigned, run-of-the-mill indie nonsense that a lot of local bands do, where they share their bogies, snot and pubes all over Facebook. We didn’t want to share anything until it was amazing. I think we’ve done that here!

Record Store Day seems to go from strength to strength every year. What do you see as the role of RSD these days?

To highlight the best of music from the distant past into the near future and to get buyers once again excited about hearing a vinyl record for the first time.

Tell us about the first vinyl you ever owned, and what your most prized piece of vinyl is?

It was Dr Feelgood. My brother bought it for me from Woolworths. The pressing was so bad we had to take it back and get another copy, which got it another chart return. It’s in mono – fucking ace record! I still love it today.

You’re playing a show at the Ruby Lounge on 21st April featuring the Tom Hingley band being supported by The Kar-Pets. There’s something rather nicely symbolic and post-modern about that!

The Kar-Pets are an Inspiral Carpets tribute band I formed. It’s become a bit of a behemoth. In some ways blocking to the stuff we are doing with the Tom Hingley Band but that’s ok; it’s a perfect thrill to be playing with either, and both. Also, the Kar-Pets have the same bass player and drummer as the THB with the addition of Dickon on keys and Phil on guitar, so it’s not such a stretch for me.

On a much more serious note, all the proceeds from the single are going to two homelessness charities in Liverpool and Manchester – Hope Fest and Lifeshare respectively. Can you tell me about how you first became involved with these charities?

Witnessing the homeless in Manchester city centre, and the intolerance towards them from Conservatives nationally and the Labour city council locally. We all need to do our bit.

Obviously, homelessness is a truly appalling issue in Manchester and Liverpool these days – and increasing week on week. What do you see as being the main reasons behind this?

Greedy bankers , insane housing policy where we build single flats for rich individuals but no family homes with granny annexes , UKIP attitudes , selling off of social housing by the Tories, bedroom tax, demonisation of unemployed by Tories and channel 4 TV programmes when it’s clear that immigration and mechanisation means we are never going to have full employment again. Can I stop now?

The video for the single is quite moving and reminds us all about how close we could be to a life on the streets. Tell us a bit more about the video and how it came about.

We should never forget that there’s a lot of people who feel they can look down their noses at other people because they have a shitty sales job and drive a big car badly on the motorway. We’re all the same and it isn’t that far to fall. We all need to give a helping hand. Music can and should be part of this. I wanted to do a song/video that wasn’t just another 50-year-old bloke pretending everything’s fine and dandy, and pretending to be 18. This song ticks that box – a serious song based on a serious issue. The song is also about people pissing their lives away: “if you fly it, sail it, or ride it, rent it by the hour”. You can’t just “rent” things! You can’t do that for real. You have to invest your life, your relationships, and your treatment of others in such a way that it’s clear that you give a shit!

The song is a sort of manifesto against show business, as much as it’s about homelessness. Show business can sometimes seem to be infested with a set of wankers, who simultaneously treat others like shit but who are also over-concerned about what others think about their reputation. They don’t see one flows from the other, like night follows day. The song is saying you can’t rent or buy everything. You have to invest love, money and time to put a roof over everyone’s head and a smile in everyone’s hearts.

There are many charities around helping the homeless in Liverpool and Manchester at the moment. Aside from obviously getting the track on Record Store Day and coming along to the gig to support the charity on the 21st April, how can people make a difference everyday to help people on the streets?

Chat with them. Buy them a cup of tea and some foox. Treat them like equals. Demand better provision of benefits and shelters from our local elected representatives. Get angry about it. Try and encourage others to help and donate time, expertise, food and money to foodbanks and homeless charities.

So returning to the gig on the 21st April, is there anything special we can expect?

It’s being professionally filmed, so you may see yourself on a DVD soon if you come.

And finally, what are the plans for the Tom Hingley Band over the next few months?

More gigs, more songs, an album, plenty of gym with low carb/high protein, low salt and sugar diet for me.

Thank you Tom, all the best with the release, the shows and all the fantastic work you’re doing in partnership with charities.

You can read more about the excellent work that Lifeshare do in Manchester at http://www.lifeshare.org.uk/ and the Hope Fest project in Liverpool at http://www.hopefest.org.uk/.