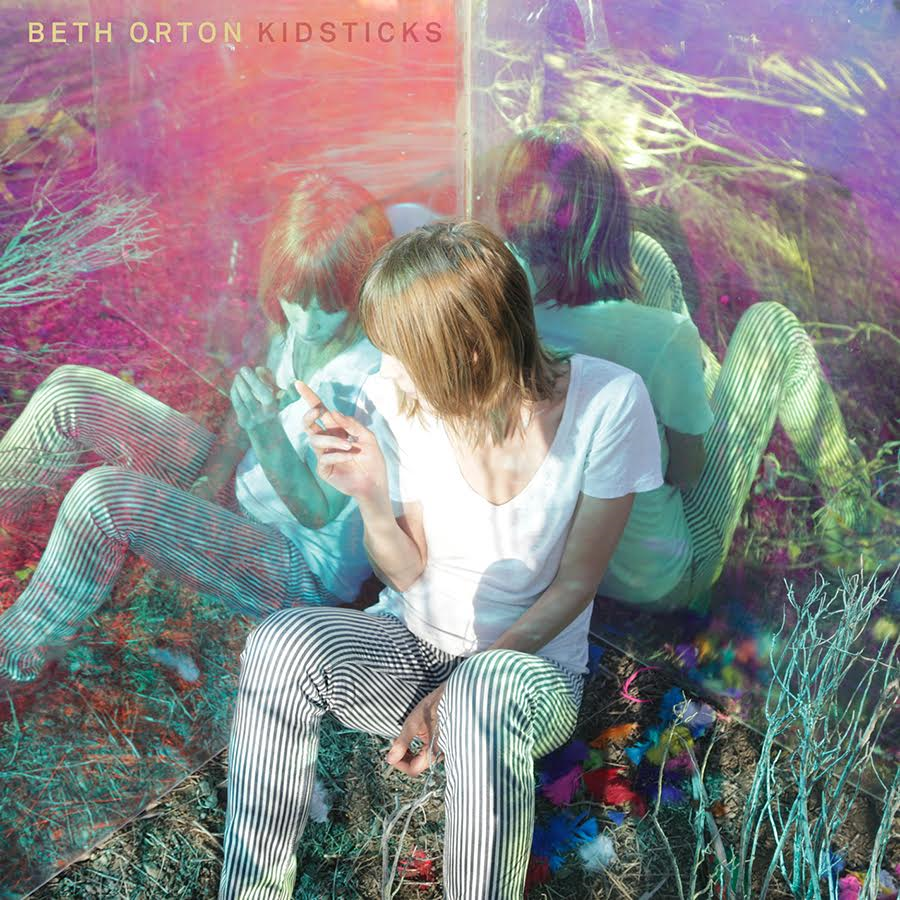 In the twenty years since her debut album Trailer Park, Beth Orton has seemed to move further and further away from the folktronica direction of her early career into acoustic rock, not quite the girl-and-a-guitar singer-songwriter cliché but less reliant on adventurous sounds. It’s not necessarily a weakness – Orton’s intuitive melodic flair and presence as a performer doesn’t require the support of extravagant layers of dense production – but the ease with which her music comes together has felt increasingly safe in recent years. Kidsticks is a departure from recent paths, a return to electronic textures featuring production from Fuck Buttons’ Andrew Hung, and it’s the freshest Orton has sounded in years.

Of course, anyone familiar with Fuck Buttons’ oeuvre might baulk at the idea of Orton’s sensitive reflections paired with the overwhelmingly brash noise associated with Hung. But he is a restrained presence on Kidsticks, imbuing Orton’s electronic loops with weight and muscularity. The basslines are deep and moody, but the absence of aggression makes them feel organic to Orton’s song-writing. One of the reasons Trailer Park and Central Reservation don’t sound outdated today, despite their 90s origins, is that they didn’t rely on contemporary sounds; they simply drew from them. Kidsticks is similar in its approach – it sounds modern, but in an unfussy way.

The other reason Orton’s music has endured so well is her sense of song-craft, and Kidsticks is some of the most immediate material she has ever written. Lead single ‘Moon’ floats around a jagged bass groove, its moody aura and detuned percussion disguising a simplistic nursery-rhyme structure, while ‘Falling’ stands out with a sing-along chorus over a zig-zagging vocal sample. Even the most oblique moments, such as the instrumental title track or whispered intro to ‘Corduroy Legs’, still have a sense of familiarity in their harmonic richness. Orton has proved she can write strong songs armed with only an acoustic guitar to accompany her, and on Kidsticks she carries that same strength – the electronic flourishes might be what make it an interesting album, but the real skill is in Orton’s ability to write memorable and striking songs.

Orton’s biggest problem in 2016 is that she no longer seems like a vital figure in today’s climate. The wave of nu-folk troubadours of yesteryear is dying down, while much of current electronic music draws on rave, r&b and garage, leaving Orton’s music feeling too unstylish to garner attention. Kidsticks probably won’t change that: at its core, it’s an electronic pop album that doesn’t hold any major surprises. But it’s far from pedestrian – rather, it feels like a return to form. Today’s cutting-edge is tomorrow’s retro: Orton’s safeness is timeless.