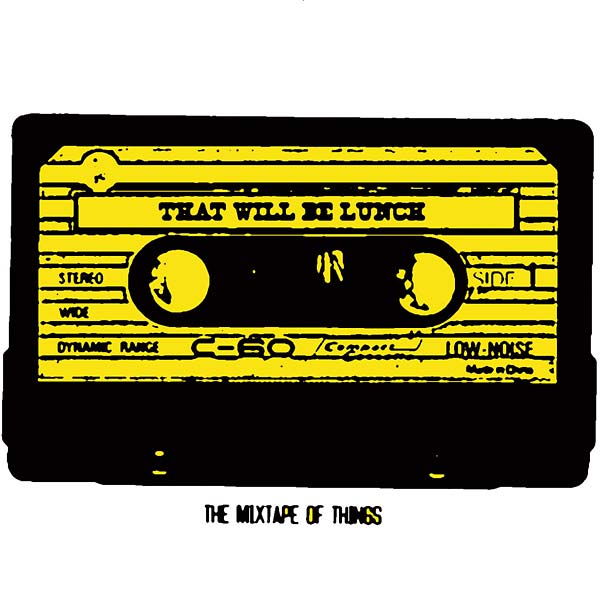 Alvin Spetz is something of a mystery. He is of indeterminate age and location and unlike Robert Johnson, the famous blues musician who made a deal with the devil in exchange for his profound talents, there does not even seem to be one public image of him. And what little there is known of Spetz quickly blurs the lines between fact, fiction, man, myth and legend.

Some unreliable sources suggest that Alvin Spetz honed his musical skills in Aberdeen in the 1980s before emerging a quarter of a century later under the guise of Full English Breakfast. Two albums then followed, an eponymous debut and some three years later Candy In Weightlessness  It is rumoured that he even played one gig though where and when is just about anybody’s guess.

The man with the name that may not even be his own has now returned. In the interim he has decided to take one step up the evolutionary food chain and now goes by the working title of That Will Be Lunch. He may seem as daft as a brush but like Brian Wilson, Todd Rundgren and Ariel Pink he is clearly someone who knows the value of a popular melody and how to best evoke memories of a lost era.

Spetz’s closest contemporary may well be Ariel Pink, as just like the oddball Los Angelean musician he trawls his way through an often bizarre melange of half-forgotten musical genres. Nothing much lies outside of Spetz’s sonic compass as he flirts outrageously with anyone and anything that is associated with wonky electronica, sunshine pop, post-punk, rock, and crazily sampled voices from old TV shows.

With his wacky time signatures and childlike humour it is very difficult to determine whether Alvin Spetz would rather be Frank Sidebottom or Frank Zappa. But underneath all of his zany doodlings, stylistic peculiarities and apparent silliness there does lie a serious musician who is capable of writing some cracking tunes. ‘Stafford Beer’ hurtles along at a fair rate of knots, shimmering in its gorgeous synthetic sheen. The slightly bonkers playfulness of ‘The Campaign for Real Nuts’ cannot disguise a wonderful pop song. And the lovely instrumental ‘Smaller Boats Get You Closer’ recalls both Robert Wyatt and some of the more ethereal moments of Brian Eno’s 1975 classic Another Green World.

Alvin Spetz even grabs Talking Heads’ ‘Once In A Lifetime’ by the throat and squeezes the very last breath out of it. It would be very easy to dismiss Alvin Spetz and his That Will Be Lunch project as just another back bedroom pastiche, full of DIY ideas and accompanying tape-hiss. But The Mixtape of Things is much more than this. It is the work of an occasionally unorthodox musical outsider who is more than capable of re-imagining the pop idiom.