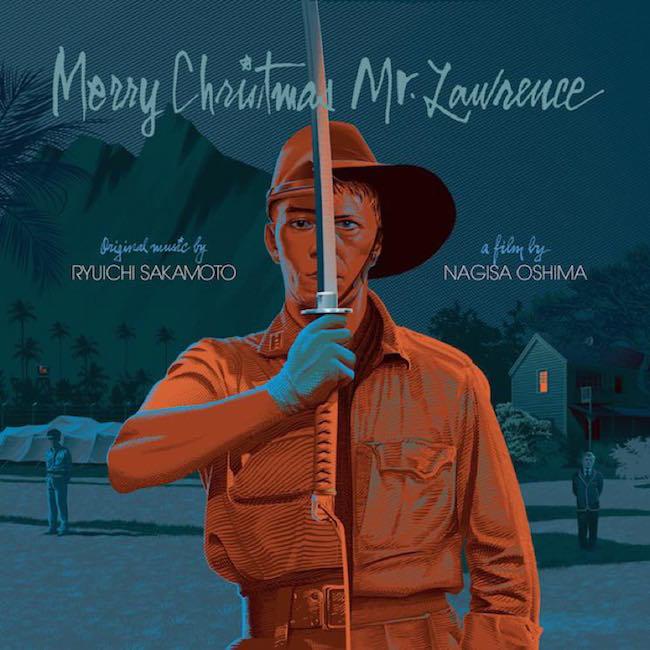 Compared to Labyrinth, The Man Who Fell to Earth and other cult acting roles, David Bowie’s performance in the 1983 Japanese war movie Merry Christmas, Mr. Lawrence is often overlooked.  Indeed, its director, Nagisa Ôshima, is still best remembered for his deeply controversial movie The Realm of the Senses.  That’s despite the fact that Mr. Lawrence earned a BAFTA and was soundtracked by legendary composer and electronic pioneer Ryuichi Sakamoto, who also starred alongside Bowie.

Sakamoto’s soundtrack is now getting a vinyl reissue thanks to Milan Records, the same label behind the release of his music for The Revenant alongside The National’s Bryce Dessner and Alva Noto.  It’s the latest in the Nicolas Winding Refn Presents series.  The director of Drive and Only God Forgives has already reissued the iconic scores to The Terminator and RoboCop alongside the label.