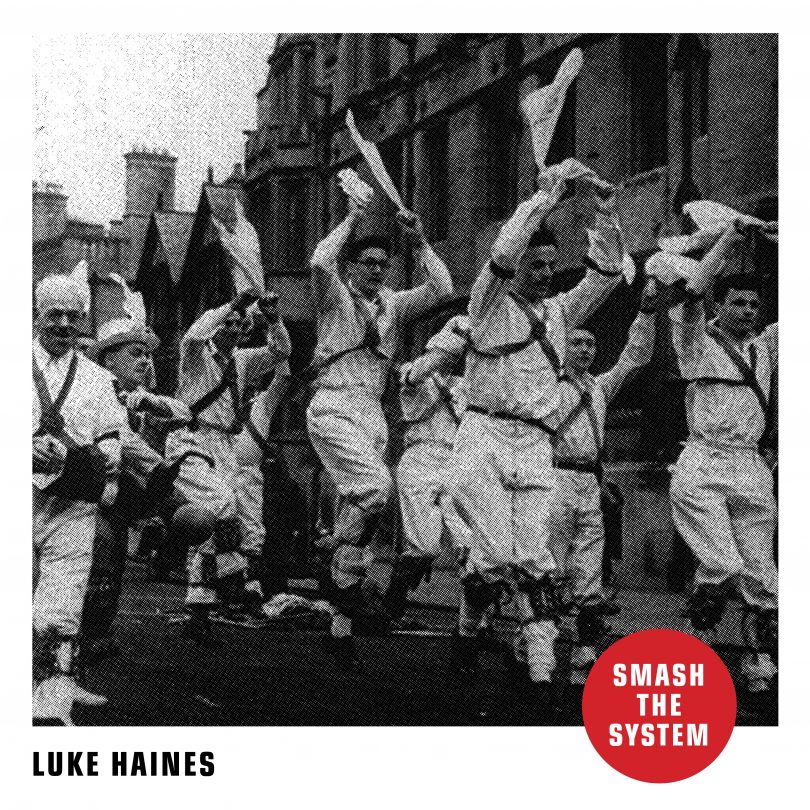 Hard to know which applies to Luke Haines, in this excitable paddle through pop’s waterways with a distinctly English if quirky navigation system. English culture broadly, in fact with spaghetti hoops making an appearance at one point. What’s not to love? Well, quite a lot, really. Sure, it’s sometimes appealingly fun. Accomplished and left of centre. But it’s so damned affected at points you want to toss the sound system out the window whilst exclaiming, “Yes, yes, jolly good. We get how clever all this is with its wordplay and references, both high and low. Any chance you might just chill out a bit and ease into a good song without having to flaunt your dexterity?”

None of it is in any way bad. Not a single bar. But with its clever-aping of styles and artists, it verges on pastiche at points. No doubt intentionally on tracks like ‘Marc Bolan Blues‘ – oddly enough, it sounds just like Marc Bolan. Other namechecks go out to The Incredible String Band and The Monkees, all accompanied by borderline simulacra of those bands. Things certainly tread a very fine line between updated homage and simple, “Here’s what I was listening to this week“-type lists.

Frequently been a maddening musician, Luke Haines. A prodigious talent going all the way back to The Auteurs. An ability to write (or co-write) pop that flattens pretty much anything in front of it – ‘The Facts Of Life‘ by Black Box Recorder being a deeply impressive case in point. That talent has never been in doubt. What always has been is whether he wishes to harness it, or let it roam a touch too freely with edgy whimsy. Here is no different. The sheer volume of material out there perhaps explains the deviations down all sorts of highways and byways, some more successful than others.

All that said, pop probably needs more artists like this. Who else is going to write a song called ‘Ulrike Meinhof’s Brain is Missing‘? Not bad it is too with it’s buzzing electronics and sleazily demented vocal. Nice melody, throw in the odd, jarring scream and away we go. In some ways it fits into that English tradition going back to Syd Barrett. Potentially a work of genius, potentially all a bit public schoolboy and indulgent. One can certainly say it dispenses with the mores of the day with reckless abandon. Appealing but also occasionally rather alienating. It’s hard to escape the feeling that Luke Haines is smarter than the rest of us. He probably is. He certainly thinks it.

Still, confidence has never been a disability in pop. And that confidence to bring quintessentially English, kooky and pastoral songs up to date with burbling and sometimes aggressive electronica really is to be admired…even if it sometimes misfires. Indeed, all in, this album is perhaps easier to admire than love. It’s singular and a peer inside the mind of someone taking the road less travelled. Genius, madman or both? You decide. Perhaps Haines truly is the ‘Cosmic Man‘ (as featured here) with all the unknowns that that suggests.