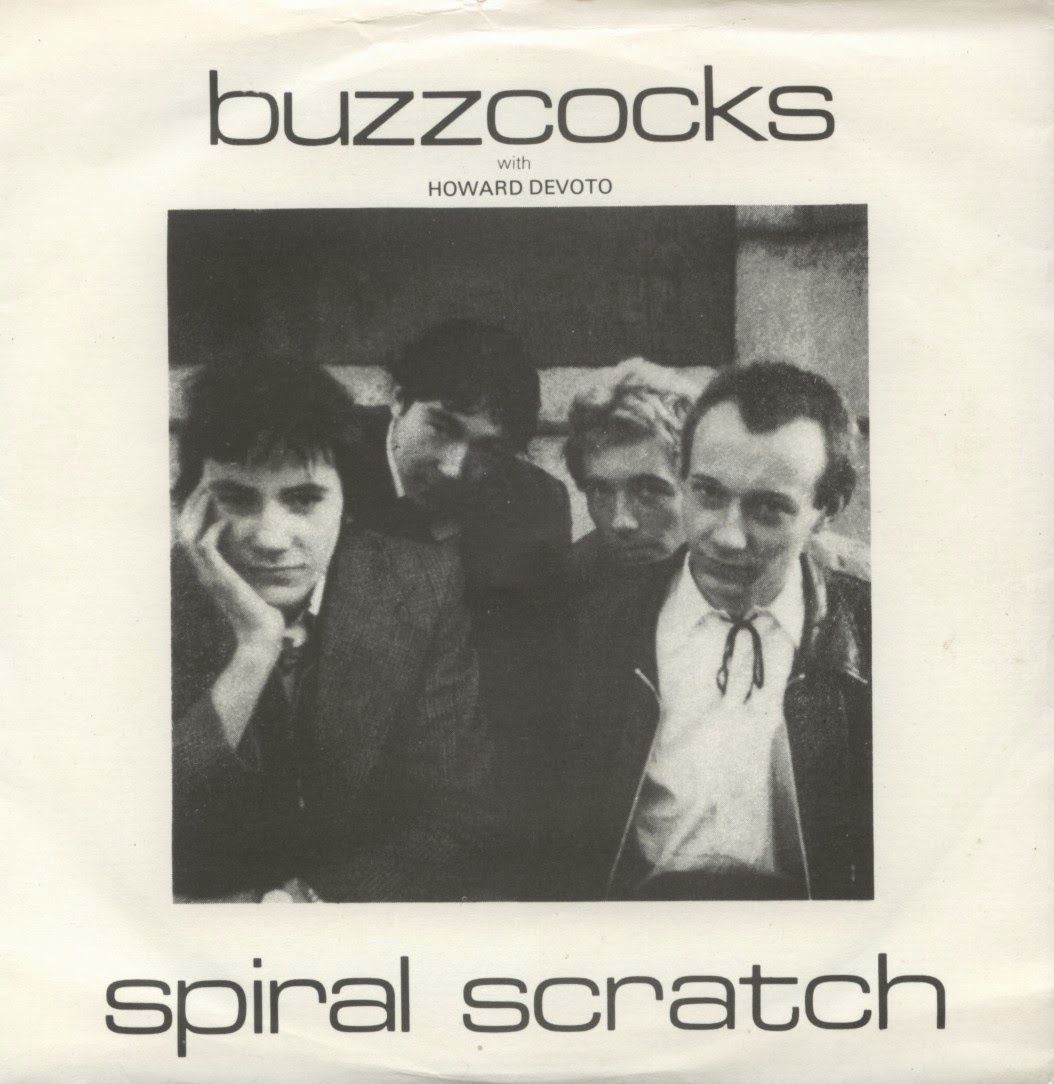 To mark the 40th anniversary of the release of Buzzcocks’ iconic Spiral Scratch EP, Domino are re-releasing the collection on 27th January.  The four track EP was originally recorded during “downtime” at Indigo Studios, with Martin Hannett producing.  The band then took on releasing the EP themselves, eventually finding the money to press 1000 copies of the record, which sold for £1 a copy.  Not long after the release, Howard Devoto left the band but the EP continued to flourish, eventually selling around 16,000 copies.

Following the re-release of Spiral Scratch, a release of 1976 demos recorded with founder and singer Howard Devoto – Time’s Up – will be released on 10th March.  In addition, a Buzzcocks (mk.1) Box will also be available, containing both Spiral Scratch and Time’s Up as well as rare reprinted ephemera from the time.

A video of ‘Breakdown,’ filmed at Manchester’s Lesser Free Trade Hall, has also been unveiled.  Watch below.