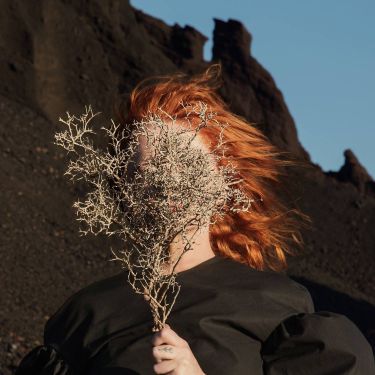 One of the most consistently brilliant British acts of the last ten years, Goldfrapp have announced they are releasing their seventh studio album SILVER EYE on Mar 31.

Alison Goldfrapp said in a press release: “We’ve never liked repeating ourselves. Often we react to things we’ve just done. We like the spontaneity of not knowing. It’s only through the process that we start to figure out what it is. The fans who have stuck with us are the ones who embrace that idea and are excited by the thought that they don’t know quite what to expect next.”

Will Gregory added: “I think writing an album is like being lost in a wood. You’re trying to figure out an interesting path. You don’t know whether it’s going to be a dead end or somewhere interesting and you never know when to stop because around the corner some beautiful vista might open up.”

They revealed the sultry, thumping floor filling electronica of the first single ANYMORE on Facebook, listen below.

They will also be performing a special one-off show at the Roundhouse in London on March 27th. Tickets on sale Friday.

You can pre-order SILVER EYE now on CD (first 1000 CDs signed by us) or limited edition clear vinyl (with art prints) and receive ANYMORE instantly: http://po.st/GFWebstore

All pre-orders come with an exclusive postcard set – all photographs taken by Alison – only available through our store during the pre-order period.

SILVER EYE is also available to preorder on iTunes (po.st/GFiTunes) where you receive ANYMORE as an instant download.You can also stream ANYMORE on Spotify (po.st/GFSpot) or Apple Music (po.st/GFAppleMusic).

Full tracklisting is as follows: