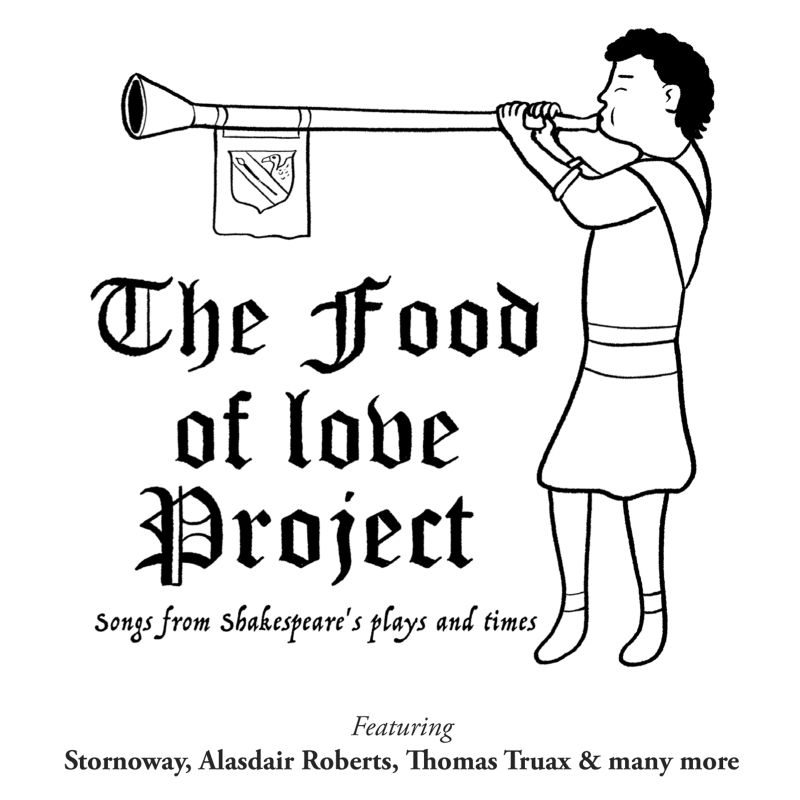 Oxford act Flights of Helios folky interpretation of the song ‘I Loathe That I Did Love’ is lifted from a new compilation entitled ‘The Food of Love Project’ released on the 20th of February, and we have the premiere below.

‘The Food of Love Project’ is a new album featuring various folk acts performing a rich variety of songs either referenced or performed in the plays of William Shakespeare. It was curated and commissioned by Sebastian Reynolds of PinDrop and Tom McDonnell of TMD Media to mark the Oxford Shakespeare Jubilee 2016, a festival programme of events exploring Shakespeare’s incredible legacy.

Here’s what the press release says:

The Food of Love Project album is a treasure trove of varied interpretations and extrapolations of Shakespearean period songs. Opening with the orchestral drone folk chorus created by Dead Rat Orchestra with their version of Bonnie Sweet Robin is to the Greenwood Gone, as referenced in Hamlet, the album gets off to suitably grandiose start. Steam-punk inventor/musician Thomas Truax reimagines classic English ballad Greensleeves in a typically cosmic, surrealist light, and Oxfordian band Stornoway rework the old gaelic tune Eibhlín a Riún into a beautiful, sonorous nugget of pop gold. Talking about his performance of Caleno Custure Me, acclaimed Scottish folk troubadour Alasdair Roberts says “of a couple of songs suggested to me in relation to this project, Caleno Custure Me (referenced somewhat obliquely in Henry IV Part 2) was the most appealing. I appreciate the mystery of the uncertain etymology of the title/chorus line (although I suppose the most likely explanation is that it’s garbled Irish Gaelic). There’s a beautiful recording of the song by the late Alfred Deller, the great countertenor, who’s a singer I’ve enjoyed listening to a bit over the years. I thought that I would attempt to go ‘historically accurate’ with this new recording of the song and so I enlisted the services of my good friend and lute player Gordon Ferries.”

The album is dedicated to the memory of John Renbourn, who had committed to participate in the project before he passed away in 2015.