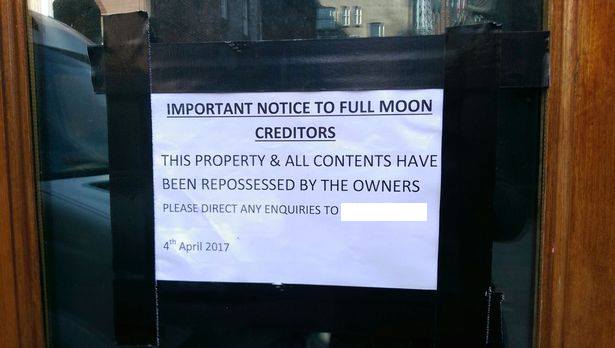 Frankly, small music venues do not make money from live music. Ticket sales make up the smallest percentage of revenue in an independent venue. Bar sales and club nights are often the biggest income bringers for most small places – and even the bigger ones too. This really should not be the case. Live music should be driving the economy, not being a victim to it. There seems to be three types of gigs put on in small venues: the big headliners, drawing in sold out crowds; the local heroes, dragging in friends and relatives along and putting more into a show than they get out and finally the niche nights, where if you are lucky you will have 30-40 people attend.

There are variants of this of course. You could have a headliner with a weak crowd or maybe filled to the brim with guest list spots, local heroes who play too much and cannot draw a crowd, or (rarest of all) a night so niche and rare that it’s a massive attraction and draws in a sizeable crowd. The niche nights are the most important, as these can be where new acts cut their teeth or where a new genre or wave of music can spring from. A good example from Cardiff is a now infamous show where Adele played to forty people in Buffalo Bar.

Now this lack of money has struck again. The Full Moon has closed.

The Full Moon is Closed

It is with broken hearts that we have to announce that the Full Moon is closed.

For five and a half glorious years we have been fortunate enough to be a part of the greatest street on the planet helping give a platform to the most amazing music community.

We have given every ounce of blood, sweat, tears and money we have but following some difficult trading and the current air of uncertainty our creditors have lost confidence in our long term sustainability and taken action.

With a declining income and no longer supported by its creditors who have felt the state of music venues in Cardiff is no longer worthy of their trust and money. The doors are shut and all of the contents inside are now property of bailiffs. It’s another organ removed from a dying body. This is not just a sad event, it’s an event steeped in anger and despair. The chain reaction of previous closures and threats in 2017 has caused yet another venue to close. Now only two music venues remain on Womanby St and both of these are under threat as well.

Fuel – Cardiff’s only dedicated rock & metal venue – has been served a noise abatement order. This means that a resident above Fuel has made a formal noise complaint and it is up to the venue to make moves to rectify this. There is no onus on the resident, the council or any other body, simply the venue itself. What a venue can do to stop the noise of a metal band in the room below a living room is far beyond anyone’s grasp right now and there is no legal recourse in place to protect them.

Alongside this – and alongside the venue itself – Clwb Ifor Bach now faces threats from a new development. A long-standing derelict building not owned by the venue has now been set for redevelopment. The proposal is a commercial ground floor with six floors of flats above it, with a wall that backs directly onto the 30-year-old venue. This, along with the absence of an agent of change principle, means that Clwb Ifor Bach is now at huge risk to not only the influx of noise complaints this will surely garner if residents move in, but also loss of business to a massive construction site that will be parasitically attached to the venue over the coming years.

What needs to be done

A campaign has been set up to protect these remaining venues – Save Womanby St. An unlikely collaboration between not only the music venues but also all the independent establishments on the street and the project is supported by the Music Venue Trust. The campaign has now been backed by multiple politicians across the parties, including MPs, Welsh Assembly Members and local councillors – who run the risk of losing re-election in May if they do not.

Public support has been phenomenal, but even so, the problems lie in technicalities. Planning applications will only be scrutinised by a committee if there is a physical petition of 50 signatures, creditors are backing out of arrangements with venues they feel are threatened with closure and there are no laws currently in place to protect live music venues in Wales in any shape or form. This needs to change.

Save Womanby St, and in doing so we can save Welsh, UK and the world’s music from being shut down.