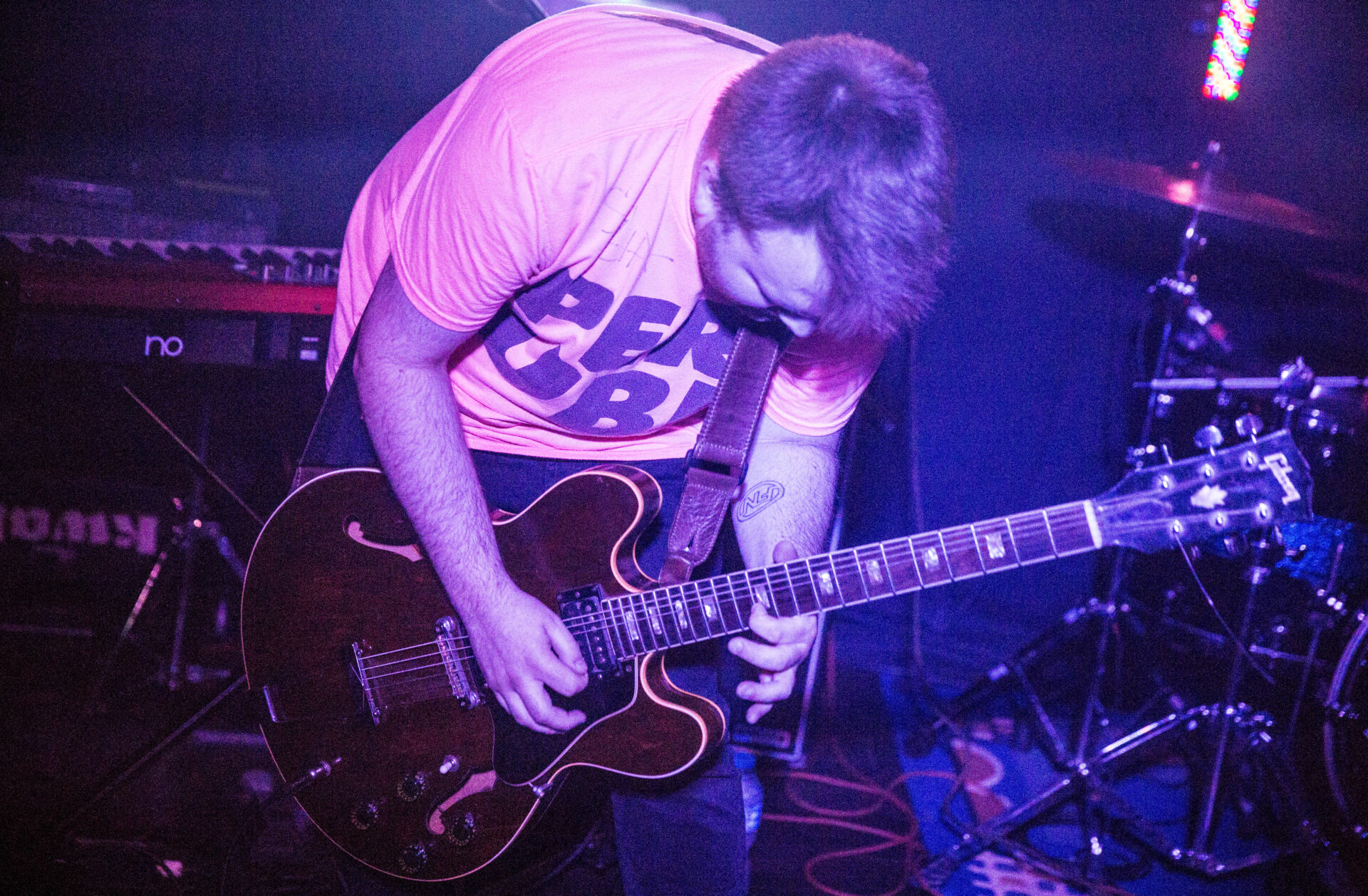 Happiness is a state of well-being and looking at all of the smiling, beatific faces in the Fulford Arms tonight we must have all reached the aural equivalent of self-actualisation on Maslow’s Hierarchy of Needs.

And Happyness, the band, and their principal support act Her’s are the people who must be held to account for so many of us attaining such an emotional transcendence this evening.

Routinely referred to as the South London trio, a quick head count suggests that Happyness’s number has been swelled by one other since their Bandcamp and Wikipedia pages were last updated. Stood slap-bang-in-the-middle of the stage is now a chap sporting a Ducati T-shirt. The mystery man with no apparent name proceeds to alternate guitars with Jon EE Allan and even plonks himself down behind the electric piano at one point for ‘Lofts’, bringing yet further versatility and additional texture and heft to that signature Happyness slacker-sound. 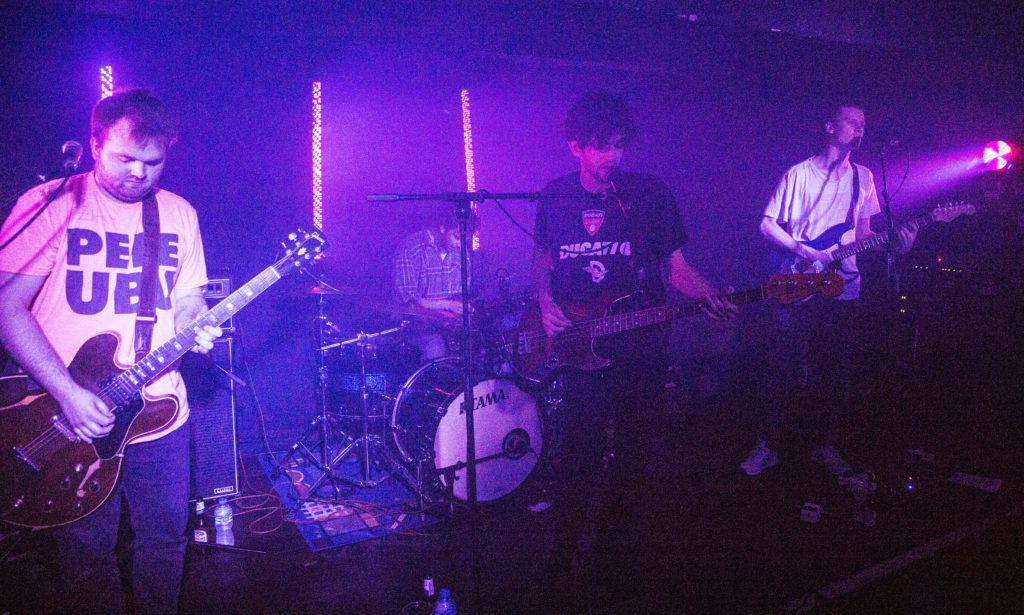 ‘Anna, Lisa Calls’ positively soars and affirms that Big Star’s presence on the pre-gig playlist was not merely a coincidence. One of a clutch of songs from the band’s new album Write In it perfectly illustrates Happyness’s continuing sonic evolution. Where once comparisons were habitually drawn with American collegiate rock of the ’90s, reference points can now extend from the early ’70s tragi-pop of Badfinger on the rather beautiful ‘Through Windows’, through Teenage Fanclub (‘Bigger Glasses Less Full’) to the mildly hallucinogenic light that shines brilliantly through the really quite gorgeous ‘Tunnel Vision On Your Part’.

Having-the-most-fun-of-the-night prize, however, must go to the flame-haired bass guitarist with Her’s, Audun Laading whose face is almost permanently wreathed in a smile as wide as the Mersey tunnel as both he and Stephen Fitzpatrick (with a little spiritual help from a 12” cardboard cut-out of a rather youthful Piers Brosnan who stands arms folded on an amplifier behind them) bring a little nonchalance, some wonderfully skittering pop tunes and boundless happiness to this most joyful first-date-of-the tour party. 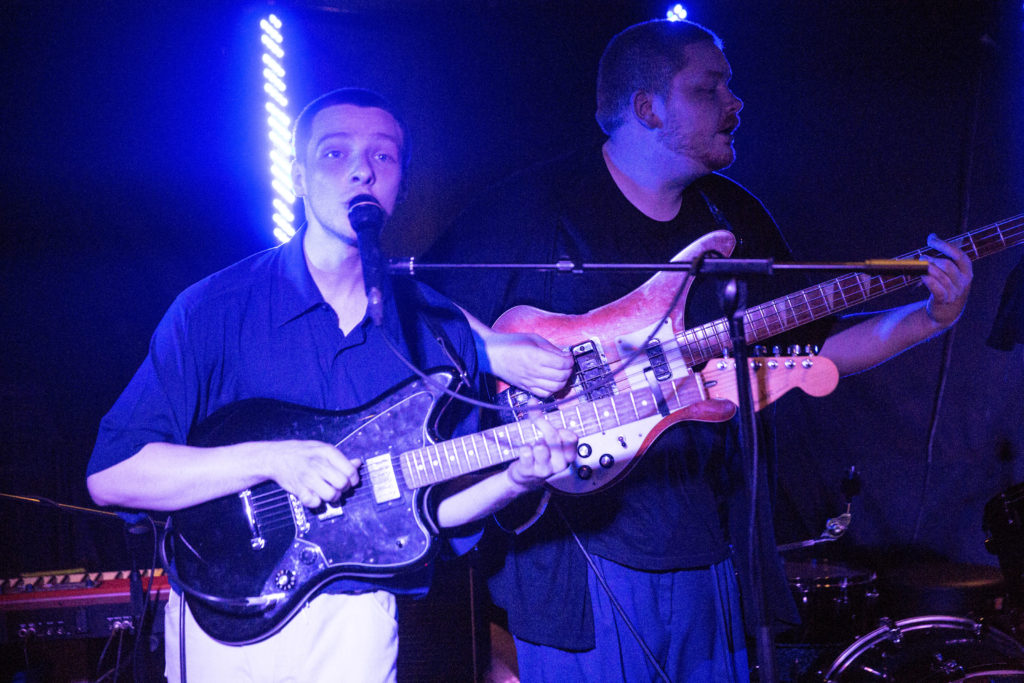