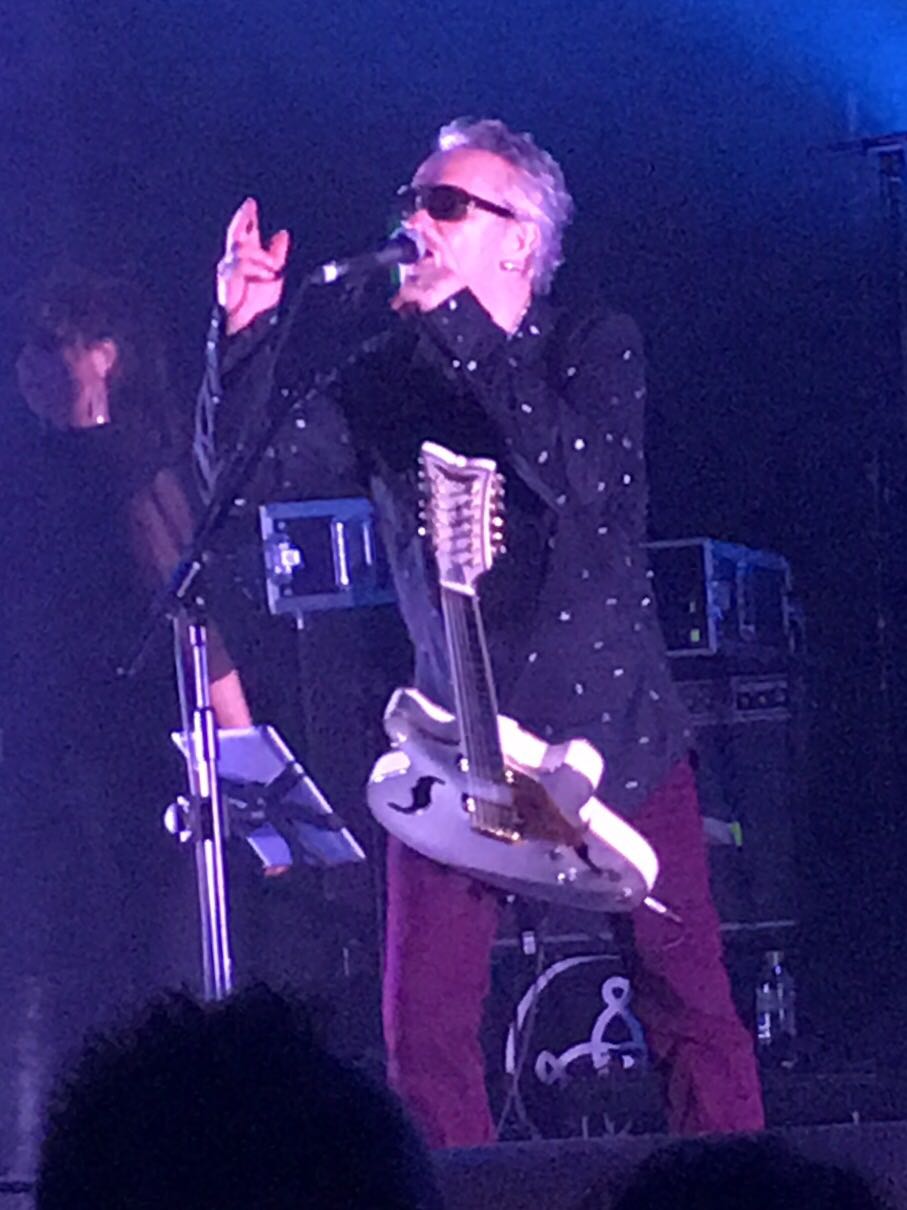 It’s an exceptionally warm, muggy Bank Holiday Saturday and what remains of the ageing East Midlands post-punk/goth fraternity has mobilised, naturally, to the subterranean gloom of the O2 Academy whilst the rest of the city basks in the late Spring sunlight. Tonight, we’re going back in time folks to an era when we had a female Prime Minister and widespread global conflicts…  Oh, hang on!

Like many of us, Pauline Murray was once a ball of ferocious, pent-up aggression which characterised much of her output in Penetration. These days, she sits serenely on a chair with an acoustic guitar in hand re-visiting much of her back catalogue as if singing nursery rhymes at her local kindergarten. However, the bile-inflected ‘Don’t Dictate’ still packs a substantial punch some 40 years after it’s original release and Murray never smiles, not once. For that alone, I admire her.

Somewhere during the re-write of ’80s goth history, Skeletal Family dropped off the radar which is regrettable given they had all the correct ingredients; a striking lead in Anne-Marie Hurst, urgent, discordant guitars and barbaric, primaeval percussion. Hurst still looks the part; crimson hair providing a smidgen of colour to a room almost entirely be-decked in black. Their sound remains indebted to the astounding relentlessness of their young drummer as he pounds his way through ‘She Cries Alone’ and ‘Promised Land’ which could be loosely be described as ‘hits’. We are even treated to an outing of ‘Celebrate’ from Hurst’s short-lived offshoot Ghost Dance who were once touted as the next big thing but eventually became collateral damage as goth withered on the vine at the turn of the ’90s. For 30 minutes, Skeletal Family are buoyant and as bubbly as Sodastream; they look way too happy for my liking, goth was never supposed to be fun, was it? 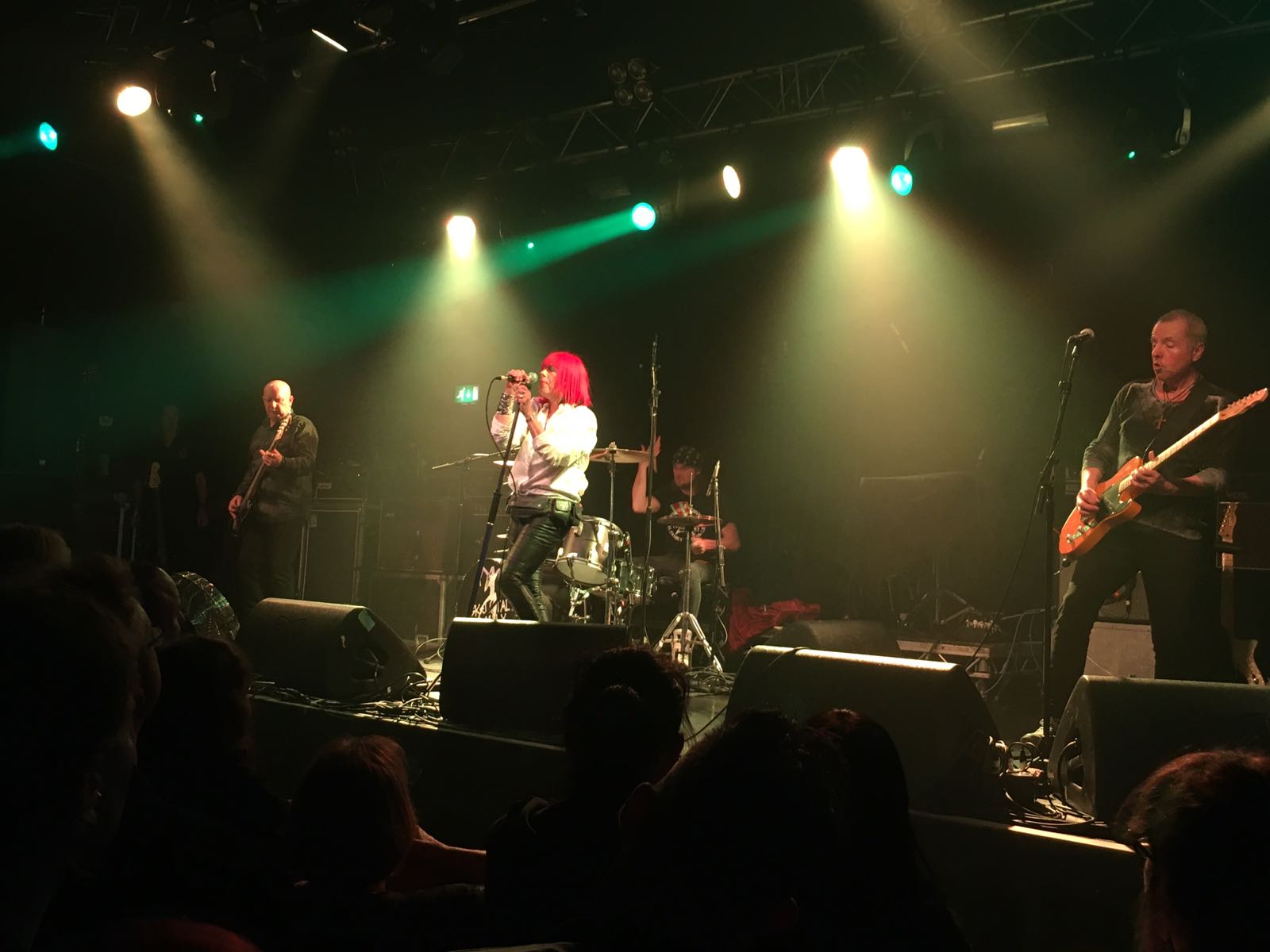 The Mission, of course, are goth royalty despite Wayne Hussey recently claiming otherwise in an interview with The Quietus. To embolden his assertion, he takes the stage in a pair of burgundy trousers; Christ knows what the Hussey of ’86 would have had to say about such sartorial inelegance. The band are almost back to full strength these days, Craig Adams and Simon Hinkler flank Hussey and only Mick Brown is absent from the original quartet, and for an act who were notorious for their wild shenanigans they all look surprisingly healthy.

And so it begins…  The opening strains of ‘Beyond The Pale’ are met with arms thrust heavenwards as the lights bounce off a sea of bald heads which would once have been back-combed to within an inch of their life. Hussey has never been anything other than a great frontman, he may now be greying gracefully but he can still control a crowd and look effortlessly cool. Let me come clean, I have always loved The Mish, they may have been cartoonish in their lyrical content but there is a reason that 30 years later they can still pack ’em in all around the world. Put simply, they are a damn fine rock band.

The Mission aren’t here to flog their latest wares, although last years single ‘Met-Amor-Phosis’ is giving an outing and sits happily between such aural classics as ‘Garden of Delight’ and ‘Serpent’s Kiss’ as the first hour whizzes past us in a maelstrom of hits, near misses and long-lost crowd favourites. Somewhere in the outside world, life is continuing apace but within the O2 Academy we are now well entrenched in the late 1980s and we’re not moving for anyone. Suddenly, we’re onto the serious business of the evening…the familiar drumbeat opening of ‘Tower Of Strength’ is a call to arms for us all to abandon our aching bodies and dodgy lumbago and sit astride each other’s shoulders for 10 minutes. Women are hoisted aloft, stood precariously in a human pyramid and I can’t help but wonder how much Deep Heat some people will need on their shoulders in the morning. The track itself is as bombastic and over-wrought as ever but then that’s the whole point, Hussey builds and builds the track, dangles it in front of us and then brings it crashing down to a tumultuous crescendo. Magnificent. 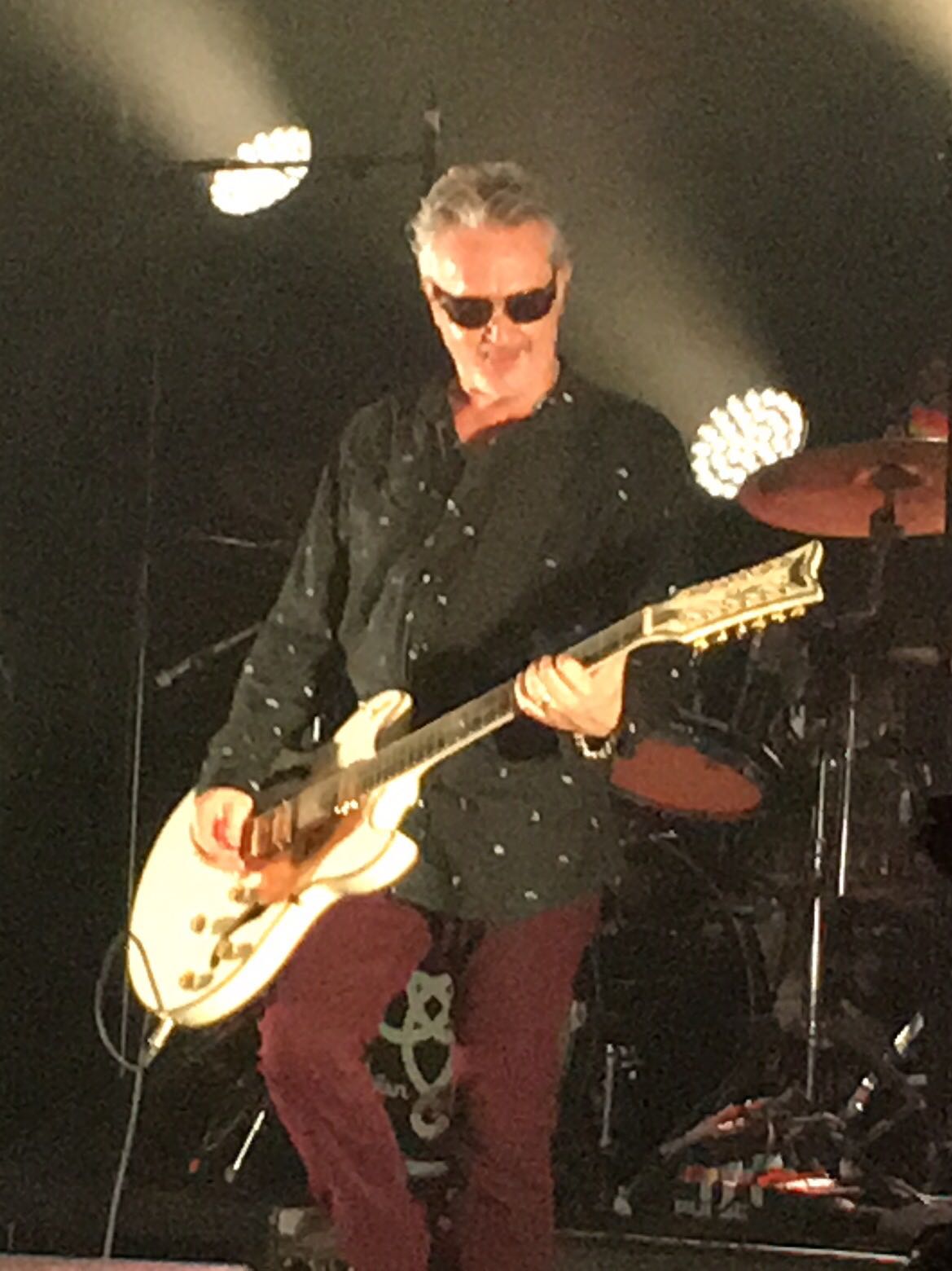 There is still ample time to purge the rest of the playbook, ‘Wasteland’ comes complete with ubiquitous ticker-tape and arm-waving abandon before ‘Butterfly On A Wheel’ eventually gives everyone an opportunity to draw breath and phone the babysitter. The evening is finally brought to a sweaty and emotional climax with ‘Blood Brothers’ and of course, ‘Deliverance’ which extracts every last drop of energy from an already exhausted crowd, many of whom haven’t partied this hard since, well, 1999.

OK, so I accept that this website ought to be championing new and emerging music but sometimes you need to go back to move forwards…and sometimes you just need to say ‘Sod it’. The Mission have still got it, never let your musical prejudices get in the way of a great night out folks and never, ever wear burgundy slacks on stage. Awesome.