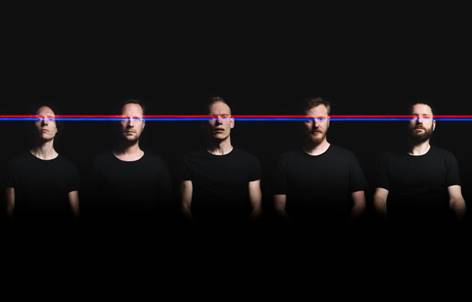 With the ever changing world of marketing in the music industry, the music video has become an extremely important tool – but at the same time severely underfunded. On an internet that can now support high quality video streaming, this tool is so important for marketers to get across a band’s sound and style – but the money to support a music video is also limited by ever dwindling record sales.

The new Vessels video for ‘Radiart’ strikes an interesting and surreal balance between these two conflicting ideas. In this case the music video is the main focus, drawing attention away from the music behind it. The instrumental track conveys lyrics in the subtitles that appear on screen that also dictate the story and connect the viewer in an extremely unusual way to the art unfolding before them.

Directed by Justin Lockey and James Lockey, the electronica track – which is far removed from Vessels’ “post-rock” origins – is set against a one-take shot intermittent with dread, humour and meta twists. On first watch you won’t even be aware of the music behind it – until it’s pointed out to you – and that’s what makes this exceptional. It’s one piece of art layered over another in an unnerving but encapsulating way to promote a piece of music.

‘Radiart’ is out now on Different Records via online retailers – http://smarturl.it/radiart – and is the first track from Vessels’ as of yet untitled fourth full-length album.

You can see Vessels live at the following dates: