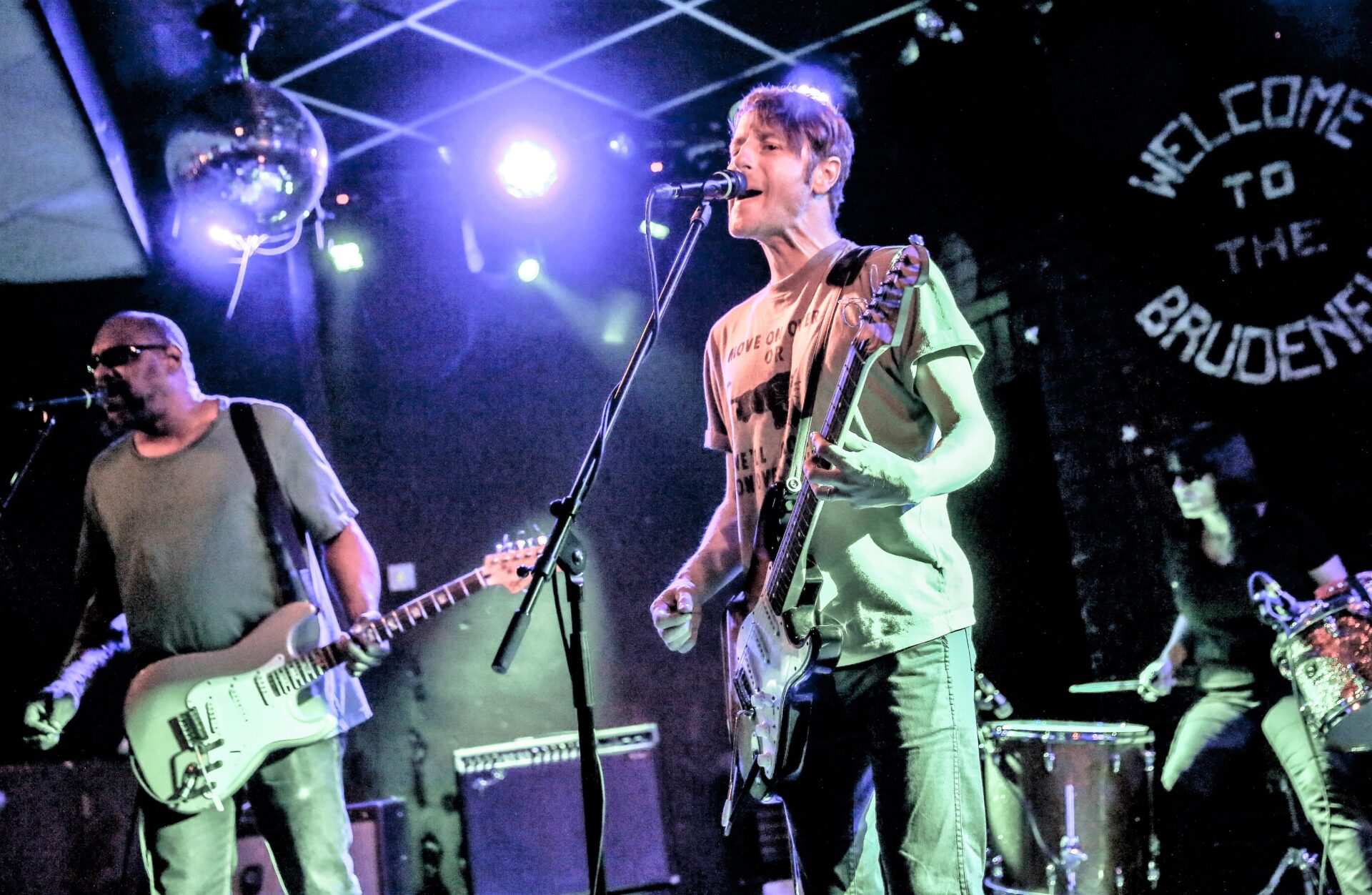 This has to be the true spirit of rock’n’roll. It is loose, tough, fierce and very dangerous. And it makes you feel good to be alive. This is the sound of The Gories in full flight yet nothing about this should even remotely surprise us. Hell, these guys have been knocking this stuff out now, on and off, for more than 30 years. Following in the grandest tradition of fellow Detroit, Michigan outfits the MC5 and The Stooges, The Gories blew out of the Motor City in 1986 and even though the original trio of Mick Collins, Dan Kroha and Peggy O’Neill must be now pushing into their 50s they still possess all of that sneering, snarling angst and primal energy they first had back in their teenage years.

For just shy of an hour here in the Brudenell tonight The Gories rattle through almost 20 songs at a most fearful breakneck speed, plundering a set list that is not so radically different from the one that appears on their Third Man Records release The Shaw Tapes: Live In Detroit 5/27/88. It still features those prime cuts from John Lee Hooker and Willie Dixon, as they continue to repay their tremendous debt to the blues. It still features that cracking cover of the garage-punk classic ‘To Find Out’ by their fellow Michiganders The Keggs. And it still features the same untrammelled raucous menace and fever of the very best garage-punk that first emerged in North America in the mid-’60s.

Collins and Kroha pitch the visceral squall of their guitars over the incessant tom tom tattoo of O’Neill’s drums as The Gories retrace their collective steps back to their early Chess blues, greaser rock and Detroit proto-soul influences. As the two men loosen off and begin to build up an inexorable head of steam, they move across the stage all the while hammering out a series of glorious riffs. It is a mercurial, brilliant spectacle as sound and vision coalesce in a remarkable reinvention of the past. They disappear into the night with a feral, feedback-strewn blast of ‘Nitroglycerine’. And just as the words of the song say, “it’s like dropping a stick of dynamite in a Dixie cup.”