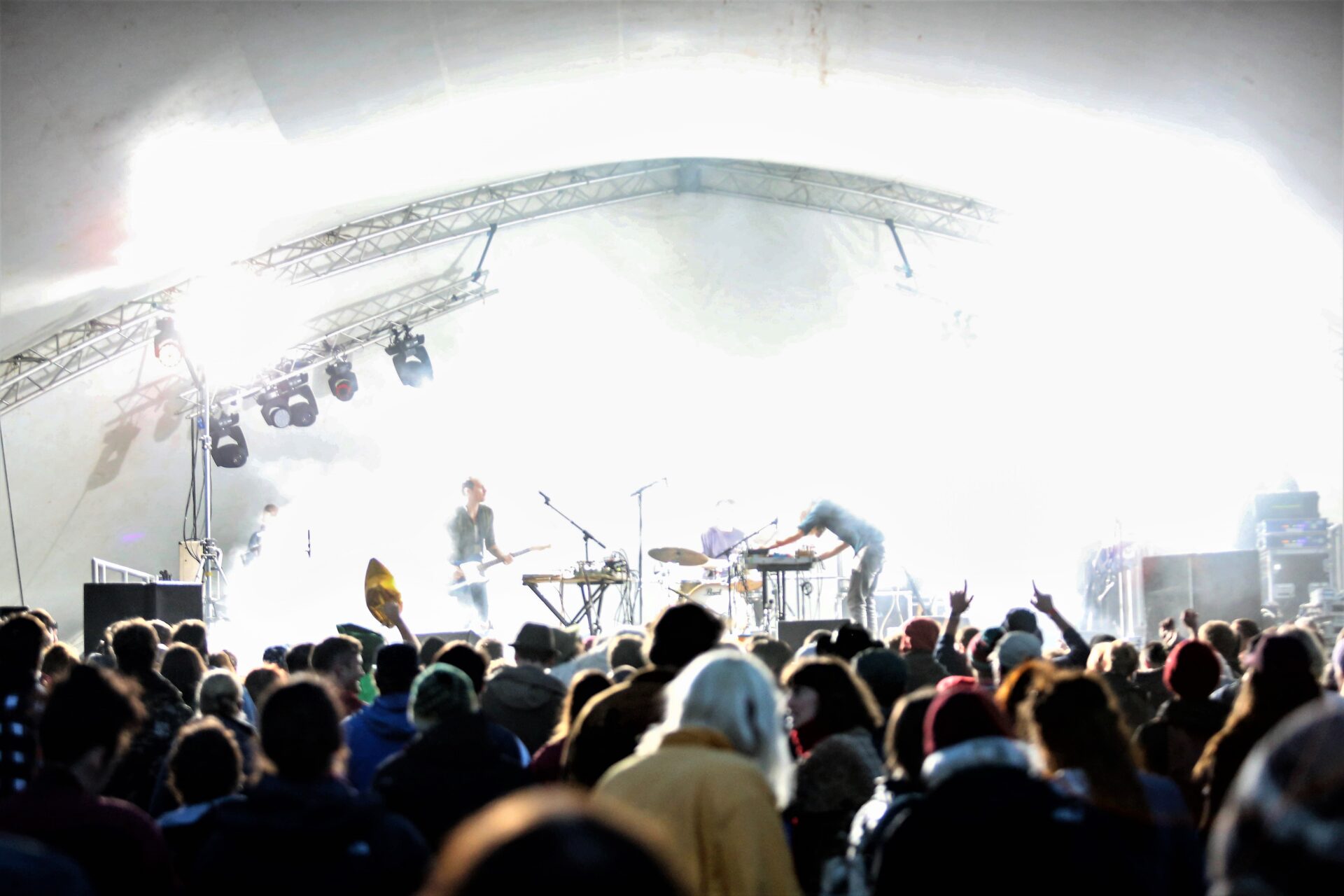 It has not been a great year for many of the UK’s music festivals. Some continue to flourish – Glastonbury maintains its pole position alongside Royal Ascot, Wimbledon and Henley Regatta as one of the country’s top summer social occasions, and the likes of Green Man and Deer Shed Festivals sold out their full allocation of tickets weeks in advance. But others, in what is now a vastly over-saturated market, have gone to the wall. This year alone the more established Lunar, In The Woods, and Wickerman festivals as well as the inaugural Safe As Milk event at Pontins Holiday Camp in Prestatyn all bit the dust due to a combination of poor ticket sales and commercial non-viability. Even the Scots flagship T in the Park, albeit for wholly different reasons, was placed on indefinite hiatus this year.

2017 has also been the year when the plug was pulled a day early at Derbyshire’s Y Not Festival after torrential rain had led to significant safety concerns on the site. Organisational difficulties were then cited as the principal reasons for the premature cancellation of the Hope & Glory festival in Liverpool. And technical problems were blamed for seven-hour delays in admitting festival-goers to Boomtown Fair in Hampshire. 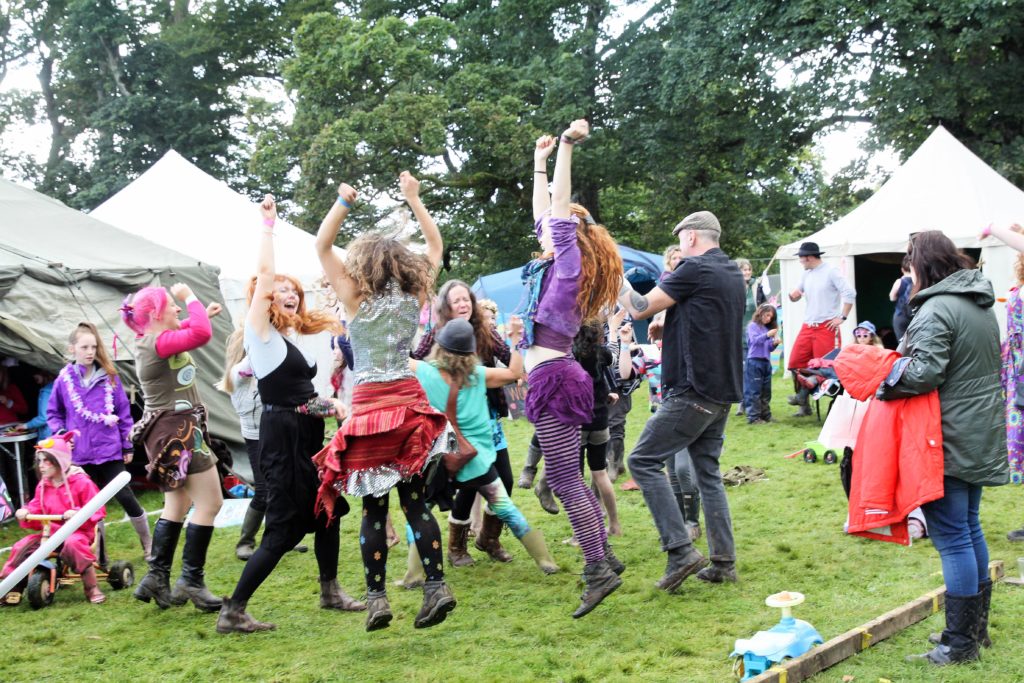 Returning for its eighth annual outing, Doune The Rabbit Hole has not had its own troubles to seek. It faced adverse weather conditions on Friday and Saturday, two days that also saw the loss of both of its principal musical acts. And amidst a range of other preparatory problems, the newest addition to the site, the O///Dome – located beside the main stage and described as “an extraordinary space for listening and contemplation” – was still being built as late as Saturday morning.

But three days and nights spent in the verdant countryside of the Cardross Estate – situated on the beautiful edges of the Scottish Highlands and the Loch Lomond & Trossachs National Park – confirm that the Doune The Rabbit Hole experience is not merely about music and manageability. It is moreover about just being there. It is about hanging out in relaxed surroundings with friends and family and making new friends with like-minded people for whom warmth, affability and kindliness are positive values to behold. It also confirms that the occasionally ramshackle DIY nature of Doune The Rabbit Hole’s planning and execution only adds to its undeniable charm.

Friday night’s headliners Liars made not one but two false starts on the main Jabberwocky stage and eventually departed amidst a squall of microphone malfunctions and without having even completed one song. In the grand scheme of things it probably made no never mind, as people were still basking in the warm afterglow of the BMX Bandits set. Last year the band that Kurt Cobain famously wanted to join celebrated their 30th anniversary and are worth every single word of frontman Duglas T Stewart’s “the Magnificent Seven of Scottish pop” description. Playing a series of “romantic hits from the past, present and future,” their songs about the restorative properties of love fit perfectly with the therapeutic mood of the festival.

Earlier in the evening, American singer-songwriter Adam Torres – accompanied here by Aisha Burns on violin and drummer Thor Harris – laid down a transcendental exercise in reflection, sorrow and yearning, whilst back in the Baino tent a bit later on the Glaswegian trio PAWS threw down the gauntlet for scorching garage rock.

A bit like the sunshine in this part of Stirlingshire, Saturday is peppered by musical no-shows. Aberfeldy, Meursault and top-of-the-bill Songhoy Blues all fail to make an appearance for reasons that remain unexplained and whilst their cancellations do puncture holes in the music schedule there is still more than enough left to fill the void.  It also provides an opportunity to embrace all of the other attractions that Doune The Rabbit Hole has on offer.

The vibrant Family Zone, jam-packed with a range of workshops and activities provided a riot of fun, creativity and shenanigans for people of all ages. Back again at Doune The Rabbit Hole this year was Cinemor 77, the social enterprise that created a really special programme of films in what was the tiniest and most intimate of cinematic spaces. The previous night and prior to his DJ set in the Thunderdome, snooker legend Steve Davis had introduced the bafflingly intense, occult science fiction drama Primer.

Doune The Rabbit Hole’s third music stage is The Lodge and it played host on Saturday to The Deliberate Crumbs which is probably what would happen if you transported The Barron Knights into the present day, dressed them in Sonic The Hedgehog T-shirts and then primed them with generous supplies of Tennent’s Super. Similarly strange were East London’s Snapped Ankles who brought the spirit of rock’n’roll to the art of arboriculture.

Despite finding that all of her stage props and costumes were stranded at Stockholm airport, the Norwegian performance artist Jenny Hval further improvised by drawing upon reams of festival posters and Day-Glo paint to create a mesmeric theatrical landscape that coalesced surrealism, sensuality and the avant-garde. Holy Fuck – catapulted onto the main stage by the earlier withdrawals – were far more straightforward, putting in a no-nonsense blistering set that mixed subversion with lashings of electro-punk. And Francois & The Atlas Mountains who were elevated to the very top of Saturday’s bill took full advantage of their promotion by putting in a great shift that suggested that rumours of the imminent demise of powerful indie-pop had been greatly exaggerated.

Sunday had always looked like the strongest musical day on paper and so it turned out to be. The run through the afternoon as we bounced between the Baino and Jabberwocky stages was sublime. And the sun even came out to join in the celebrations.

Chris Forsyth & The Solar Motel Band’s signature sound can be traced back to the 70’s when rock was king and the electric guitar was God. Forsyth draws upon elements of Jimi Hendrix, Robin Trower and Neil Young – he signed off with Zuma’s ‘Barstool Blues’ – whilst putting his own individual stamp on a guitar-driven delivery that places individuality and improvisation above mere influence.

With John Hyde alongside him on pedal steel guitar and Stetson hat and attired in his own magnificent Nashville suit, Karl Blau may well scream Country and Western but his music sparkles with a far less understated beauty. He drew heavily upon his 2016 album of covers Introducing Karl Blau, the undoubted highlight of which was – in fact, it was the undoubted musical highlight of the entire weekend – his reading of ‘Fallin’ Rain’, a song whose anti-war sentiments are probably even more relevant today than they were when Link Wray penned the words nearly fifty years ago.

The Irish songwriter now based in Glasgow, Martha Ffion with her band the Homemakers lit up the Baino tent with their shimmering indie-pop, whilst Jessica Pratt brought with her to this delightful part of Scotland an almost existential Californian dreaminess in her songs.

Concluding this remarkable Sunday afternoon sequence was Laura Gibson, who coincidentally had shared a stage in York with Karl Blau the previous night. The American musician conveys sincerity, warmth and a profound sense of well-being in her words and music, feelings that can equally be attributed to Doune The Rabbit Hole. Speaking about the festival itself, Gibson told us that “any festival where they allow dogs makes me very happy”. And in keeping with one of the best festival traditions, she too plays a cover with an exquisite interpretation of John Prine’s ‘Everybody Wants To Feel Like You’.

Asazi Space Funk Explosion brought a wonderful chaos of Afro-Funk, dub and dance to the party and in frontman Kholeho Mosala they have a supreme spiritual presence. “Give me the cake, I want to eat it” he proclaimed, and somehow you knew just exactly what he meant. And as the night drew in it was then left to Big Thief to conclude this particular Doune The Rabbit Hole experience. Admirably combating the sonic bleed from the Decades of Dub tent (something that haemorrhaged the entire festival site, and possibly most of Central Scotland, for the whole weekend), Big Thief’s singer and principal songwriter Adrianne Lenker led the Brooklyn-based foursome through a fitting finale to the weekend. Big Thief’s music may well be underpinned by a dark narrative, but much like Doune The Rabbit Hole itself it embodies the spirit of survival.

Earlier in the day, Laura Gibson had said that “the act of gathering together and sharing in music is very valuable”. It is something that despite certain flaws in its administration and application Doune The Rabbit Hole does incredibly well. It brings together people, music and ideas in one idyllic place and enables them to share in a communal experience in which peace, love and understanding lie at its very heart. It is a great wee festival. And long may it continue.

The eighth Doune The Rabbit Hole Music Festival was held at the Cardross Estate, Port of Menteith in Scotland between the 18th and 20th of August 2017.

More photos from this festival can be found HERE