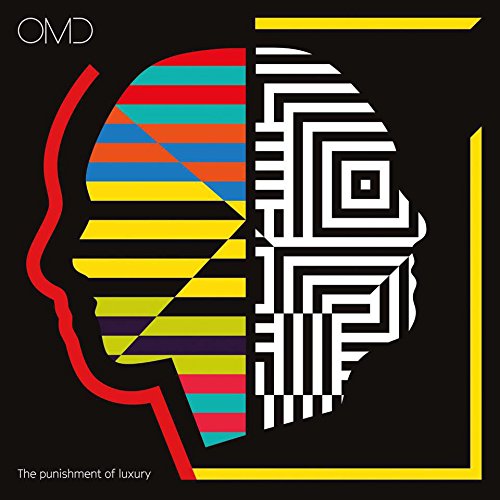 I’ve been in a coma for the last couple of years. You wake me up and tell me that Leicester City won the 2016 Premiership, that Donald Trump is president of the US, and that Jeremy Corbyn blew the roof off Glastonbury 2017. I laugh. Then you tell me that OMD have made arguably the best album of 2017. I conclude that you have lost your fucking mind, and alert the relevant authorities.

The joke of course is on me, because OMD have indeed made one of the finest albums of the year. No shit. As returns to form go, this is like Roger Federer winning this year’s Wimbledon. No, forget that – it’s like John McEnroe or Bjorn Borg winning this year’s Wimbledon. It’s brilliant. It’s the first album since 1981’s multi-million selling Architecture & Morality on which they’ve succeeded in perfectly balancing the creative tension between their experimental leanings and their ear for a pop tune to create a cohesive whole. Really, it’s fantastic.

Like 1983’s career-high Dazzle Ships it’s largely a meditation on technology, but whereas back then technology was something new and exciting, now it’s all around us and it’s not enriching our lives in the ways we thought it would. So the title track, all throbbing late-period New Order, casts a weary eye over the prison of consumerism (and, in classic OMD fashion, it has a super catchy synth hook instead of a chorus), and the brilliant ‘Isotype’ ties your brain into all kinds of meta-knots by sounding futuristic the way Kraftwerk’s The Man Machine still sounds futuristic, whilst bemoaning how the internet has reduced all 21st century thought and communication into simple visuals, memes, emoticons (OMD? OMG!) devoid of nuance. ‘La Mitrailleuse’ begins with Andy McCluskey intoning “BEND YOUR BODY TO THE WILL OF THE MACHINE!”, something one suspects OMD and their peers would’ve been happy to do back in 1981, only for the machine to be revealed as a gun. And on the slinky ‘Kiss Kiss Kiss Bang Bang Bang’, McCluskey, coming on like synthpop’s own Victor Meldrew, finds the modern age isn’t living up to expectations – “Everything makes me sick…fuck you and your theories.”

If that makes TPOL sound depressing, it isn’t. It’s a pop album at heart and even its bleaker moments are set to sparkling, bleeping analogue synth arrangements that, again like Kraftwerk, sound simultaneously futuristic and nostalgic. McCluskey, lest we forget (though forgiveness is a bit too much to ask), was the evil Svengali behind Poundland girl band Atomic Kitten (yes, the man behind ‘Tesla Girls’ and ‘Genetic Engineering’ also wrote ‘Whole Again’), and TPOL is chock full of poptastic moments. ‘Robot Man’ for example, minimalist electro-funk that sounds like it was written for some chart popstress in need of a cyborg makeover – ‘Toxic’-era Britney or ‘CGYOOMH’-era Kylie for example – is at once the most ridiculous and charming thing I’ve heard all year; whilst ‘One More Time’ and the sublime ‘The View From Here’ are gorgeous, shimmering, romantic synthpop that should by rights be twinkling out of every radio on the planet.

And I still haven’t mentioned the gloriously silly ‘Art Eats Art’, which sounds like the theme tune to some long lost 1980s BBC art show for kids, or the beautiful electro-ballads ‘What Have We Done?’ and ‘As We Open, So We Close’; or the simply stunning ‘Ghost Star’, which kicks off with what sounds like some 1980s Soviet radio fanfare (a clear nod back to Dazzle Ships) before gracefully transforming into a yearning space-age love song (“When you’ve buried all the pain that you have known/I will carry you to bed”) that may just be the greatest thing they’ve ever recorded.

Call it technostalgia, call it hauntology-meets-TOTP, whatever – The Punishment of Luxury reminds us of a time when technology meant jetpacks, flying cars and robots, rather than fake news, dank memes and fucked attention spans, and holds out just enough hope that this is merely a transitionary phase, with the real future yet to come. And it’s also OMD’s finest album in 34 years, and for that, at least, we have technology to thank.

The Punishment Of Luxury is out now on White Noise.