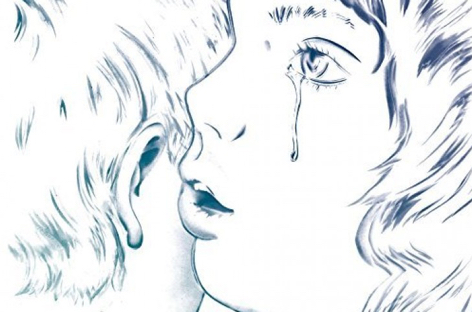 With a guest list longer than a Last Supper reunion with a free bar, Omnion by Hercules And Love Affair boasts a full ten “featurings“. That’s ten visitors’ vocals across 11 tracks. And why not? We’re all into sharing plates, tapas and guest chefs these days so we may as well extend it to pop.

What is always the danger with such an extended cast is a directionless aspect. Firing off down highways, byways and dead end streets without being a cohesive whole. You need a strong manager as it were. Luckily, the one real permanent member of Hercules, Andrew Butler, is such a beast. It really is very much his baby, with vocal chords for hire. Unluckily, he’s efficiently corralled, curated and created the whole into a wholly unremarkable album. It’s not terribly good.

Whilst its near namesake, the omnium, is a cycle race featuring varied disciplines and events, Omnion itself is somewhat consistent the whole way through. Consistently middle of the road. It’s not going to upset you but it’s all a bit junior estate agent taking his bottom of the range Mazda out for a spin on a sunny afternoon.

There is a fine line between something being laudable as faultless pop and it being anodyne pap. Sure, you get the opener and title track (featuring Sharon Van Etten) which has a breeziness about it but also possesses a strange otherworldliness. A disconnect that is quite pleasing. But then you get a slew of others featuring everyone and their mother which are far too beige. Looking and being cool like Hercules And Love Affair is not enough. Unless you are an estate agent, in which case this is a solid 10/10 for you.

‘Running‘ almost, almost rescues things by kicking off with a rude and rough pulsing bassline. Properly powerful, it sends tingles up the spine. And then…and then…in comes a dreary, autotuned vocal from Sisy Ey. All surface sheen, it could nearly be a welcome and clever counterpoint to the more edgy electronic goings on underneath. It isn’t. It merely highlights that they shouldn’t have bothered getting out the contacts book to give all these singers a run out. ‘Running‘, the same as pretty much every track here, would be greatly improved by ditching the soulless vocals. Save a bit of cash too.

The one piece of true alchemy is ‘Rejoice‘ (featuring Rouge Mary). A monster of a tune which punches hard musically with jagged electronic funk. Massive stuff and the vocal is sleazily perfect. Sure, it sounds just like Prince but that’s rarely a bad thing and works perfectly. This is the tune which shows what the album should have been. Joyous but also primal stuff.

A disappointing record overall. On the evidence of this, Hercules And Love Affair are a far better idea than musical prospect at the moment. Most every track feels like an opportunity missed. Perhaps they are all awaiting remixes like the mighty take on ‘Blind‘ by Frankie Knuckles. Could do better, see me after class.