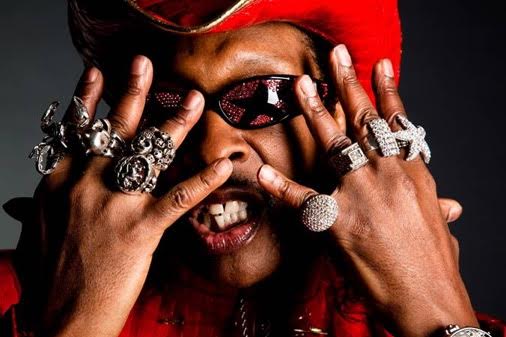 Bootsy Collins returns with his first album in six years, ‘World Wide Funk’ will be released on 27 October and features an array of talent including; Chuck D, Buckethead, Eric Gales, Doug E. Fresh, Big Daddy Kane, Musiq Soulchild, Bernie Worrell, Kali Uchis and many more. Listen to the funky laid back grooves of new single ‘Worth My While’ featuring Kali Uchis –

Bootsy explains: “I wanted to create a mystical monster that was born between a ‘Pee-hole & a A**hole,’ which automatically smelled fishy and funked up!’ At the same time, it could fit into a radio station format with a little wiggle room. But then ‘Boot-Rapp-A-Fella’ showed up and said that it would be ludicrous to do this. The ‘One’ kindly gave me the Funk Finger and showed me this World Wide Funkateer Drive going on out here, and he said ‘all you have to do is un-dress it.’ So I waved my hands in the air and gave up the funk like I just didn’t care. Then out of the clear blue, my man Brother-Nature showed up to announce that This is the Year of the Funkateer! The Funkateers began chanting, ‘Come back Bootsy, Come back, Come back, Bootsy Come Back.’ Not only do I have bootz on the ground, we got troops getting down, drones in the air and these young disciples were hungry and not a one of them was scared. The vets of Hip-hop, a la cream of the crop, shouted out to retain their gold, made me feel real good once again to know that they still got soul.” Or as his long-time partner in funk George Clinton once put it: ‘Free your mind and your ass will follow!’

Emerging around his teens, William “Bootsy” Collins’ watershed year (1970-71) with James Brown. Bootsy subsequently took the One to George Clinton’s P-Funk crew – in what Brown biographer RJ Smith has called “one of history’s biggest cases of industrial espionage” – where he adapted Brown’s precision and rigor to ringleader Clinton’s ecstatic, chaotic, and prolific musical playpen.