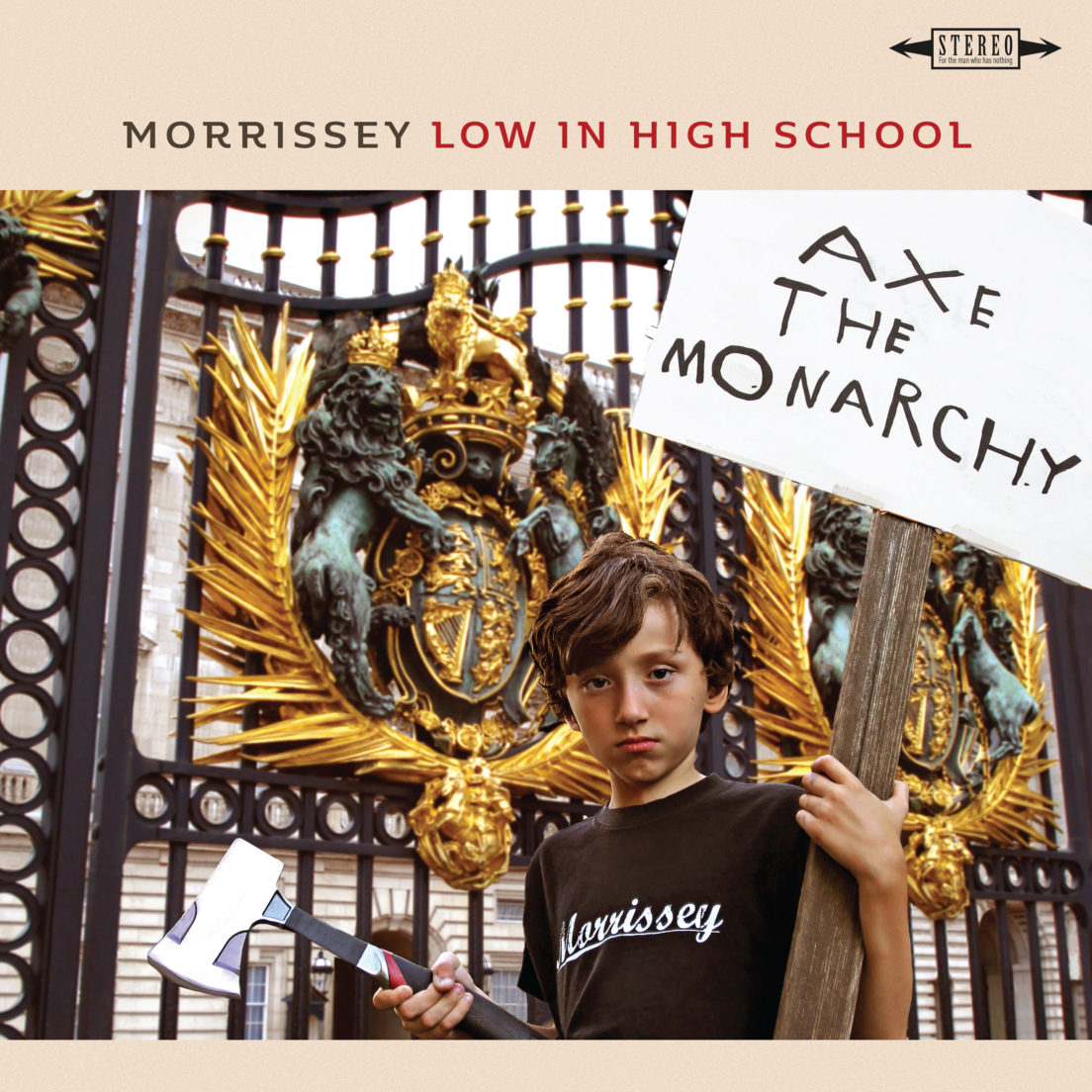 Morrissey has revealed the first single ‘Spent The Day in Bed’ from his forthcoming new album,Low In High School. Listen to it below.

Released on the 17th of November through BMG and Morrissey’s recently founded label Etienne, the LP features very Morrissey sounding titles, including ‘I Wish You Lonely’, ‘I Bury The Living’ and ‘Israel’.

Low In High School was produced by Joe Chiccarelli and recorded at La Fabrique Studios in France and Ennio Morricone’s Forum Studios in Rome.

With its anti-Monarchy cover art Low in High School is Morrissey’s first studio album following 2014’s World Peace Is None Of Your Business. Since when Morrissey has continued to be a controversial figure alienating many of his fans by railing against the music industry and championing Brexit.